In a Judgment handed down in February 2018, Mrs Justice Lambert in the High Court rejected an appeal from a first instance decision in which it had been found that the appellant architect's claim for payment of the balance of an invoice was statue barred under section 5 of the Limitation Act 1980.

The appellant architect, ICE, agreed to provide design services to EPIC for a social housing scheme in Stoke-on-Trent, and was appointed by a letter dated 10 July 2007. Under the heading "Basis of Payment", that letter stated that ICE would invoice EPIC on a monthly basis, and that EPIC would "endeavour to make payment within 30 days of receipt (unless otherwise stated)".

ICE issued an invoice to EPIC on 23 April 2009 for £42,375 plus VAT, which EPIC disputed. Following adjudication, ICE was awarded £24,033.85. ICE commenced Court proceedings on 21 May 2015 for the balance of the invoice. At first instance, it was found that the claim was statute barred, pursuant to section 5 of the Act, as proceedings had been commenced more than 6 years after the cause of action had accrued, which was found to be the date of performance of the services which were the subject of the invoice.

On appeal, the case turned on a single issue: whether ICE's cause of action accrued on (i) the date on which the work was completed, which was as late as December 2008, or (ii) 30 days after receipt of the invoice, by agreement between the parties, given the wording included in the letter.

The parties agreed that the default position was that a service provider is entitled to be paid once work has been completed, and so a cause of action for payment arises at that time. In this case, that would mean the claim was statute barred.

It is, however, possible for parties to reach a different agreement, and ICE argued that the default position had been overridden by the wording included in the 10 July 2017 letter, such that the cause of action did not accrue until 30 days after receipt of the invoice.  The Judge disagreed, and did not accept that the "30 day" term in the letter meant that entitlement to payment arose only 30 days after receipt of the invoice. This provision was only relevant to the process of billing and payment, and not to the limitation position. While confirming that the time when a cause of action will usually accrue in such cases is the completion of services, the Judge left no doubt that clear words are required if this default position is to be displaced.

Back to the Construction newsletter, April 2018 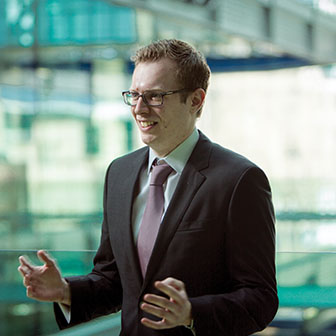