On 8 July 2020, the Sentencing Council issued draft Sentencing Guidelines for offences under section 92 of the Trade Marks Act 1994 (unauthorised use of trade mark) which, if implemented, will substantially increase the severity of potential sentences imposed by the courts on those individuals and corporations who have committed a section 92 offence.

Section 92 of the Trade Marks Act 1994 provides, amongst other things, that a person commits a criminal offence if they possess or sell counterfeit goods with a view to making a gain, or causing a loss and without the consent of the owner of the trade mark (counterfeiting). Anyone guilty of such an offence can be sentenced to up to 10 years' imprisonment and/or an unlimited fine.

According to official figures, in 2018, 420 individuals and 32 organisations were sentenced following conviction for a section 92 offence.

Until now, any such sentences would be considered in line with the 2008 guidelines for Magistrates' Courts to deal with low level and low value counterfeiting , which ranged from a fine to 12 weeks' custody. This guidance was silent in relation to corporations guilty of such an offence. Nor did the guidance provide any indication of how more serious counterfeiting should be dealt with in the Crown Court.

The consultation issued on 8 July 2020, proposes two sets of sentencing guidelines; one relating to individuals  and one for organisations  (the proposed guidelines), which greatly increase the penalties that can be imposed by the courts and take into account a broader range of considerations.

The proposed guidelines promote a threefold approach to sentencing:

Confiscation and disgorgement of profit

The proposed guidelines recognise that, where organisations are involved in counterfeiting, there is not only a loss to the victim trade mark holder, but also an unjust enrichment to the offending organisation, so, where a counterfeiting offence is committed by an organisation, confiscation and disgorgement of profit, are dealt with before turning to the question of penalty. The consultation emphasises that the goal of sentencing a corporation for a counterfeiting offence is to "remove all gain from the offending as well as achieving appropriate additional punishment and deterrence."

As with organisations, confiscation and compensation orders can be made against individuals but, unlike with organisations, where the fine to be imposed is considered after the appropriate sums for disgorgement and compensation have been arrived at, with individuals compensation, confiscation and disgorgement are set after the appropriate sentence has been determined, in part to recognise that a compensation order made against a person who is receiving a lengthy term of imprisonment, is likely to have delayed (at best) payment.

In all cases, the confiscation of the counterfeit goods (where they are still in the possession of the offender) will be ordered.

As with all sentencing guidelines the seriousness of the offence is assessed by considering culpability and harm. The level of culpability is determined by identifying the offender’s role and the extent to which the counterfeiting was planned and the sophistication with which it was carried out.

The harm assessment is based on the value and volume of the counterfeit goods in question based on the equivalent retail value of the legitimate versions of the counterfeit goods or, if the goods are unaffixed labels or packaging, the value average retail price of the range of relevant products to which that label of packaging could be attached. Where the offending relates to equipment or articles for making counterfeit copies, the Court will need to make an assessment of the scale of operation and assign a value range.

An additional harm factor the court will take into account is any significant harm suffered to the reputation of the victim trademark holder as a consequence of the counterfeiting.

Unlike the 2008 guidelines, where the sentencing range was both low and limited by the sentencing powers of the Magistrates' courts, the proposed guidelines suggest a range of sentences for individuals from a discharge for limited operations of less than £5000 to a starting point of 5 years' imprisonment for harm assessed at £1 million or more. For organisations, they may face a fine of £250 for the lowest end of harm, up to £450,000 per offence.

Section 164 of the Criminal Justice Act 2003, requires the court to determine the appropriate fine in accordance with the financial circumstances of the offender, which in the case of a company, is facilitated by an expectation that it will provide comprehensive accounts for the last three years. Should it fail to do so, certain presumptions arise, which are likely to be less favourable to the offending corporation.

The proposed sentencing guidelines such that counterfeiting is going to be treated less leniently by the courts than it has been in the past. Which, in turn, makes counterfeiting a prime candidate for private prosecution.

Criminal prosecutions in England and Wales are ordinarily brought by the Crown Prosecution Service (CPS), the Serious Fraud Office, or another government agency at the end of a public investigation or enquiry. However, prosecutions can be brought by any individual or company.

Although still relatively under-utilised, private prosecutions are becoming a more common way for victims of crime to seek justice, especially in cases where traditional government agencies have insufficient time, expertise or resource to investigate and pursue a criminal prosecution. This is particularly true in counterfeiting cases, where the victim trademark holder is often the greatest, and indeed only, motivated stakeholder.

Private prosecutions are almost always faster and more efficient than those initiated by traditional prosecutors, both at the investigative stage and once an information has been laid in a magistrates' court.

In addition, the court has a discretion to order the payment of a private prosecutor's reasonable costs from "central funds", even if the case is withdrawn or does not lead to a conviction.

Although private prosecutions can be an effective tool, a private prosecutor is subject to a number of duties, including disclosure obligations and due diligence in investigations, which can be complex and failure to comply with these duties can result in the CPS taking over the prosecution and discontinuing it.

It is important that this complex process is carefully navigated to ensure that these potential pitfalls are avoided.  Additionally, during the investigative phase, a robust system for the review and management of legally privileged documents will need to be created.

Given the increased sentencing powers which the courts are likely to be granted in relation to counterfeiting, those involved in such criminality should be concerned, especially when combined with the increased use of private prosecutions by the victims of such crimes. 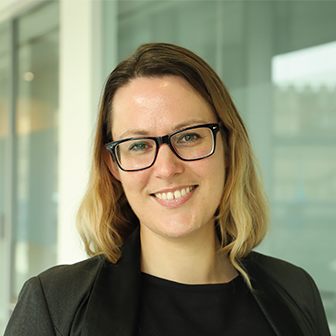