Arbitration or winding up?

In But Ka Chon v Interactive Brokers LLC [2019] HKCA 873, the Hong Kong Court of Appeal upheld a lower court's decision to reject an application to set aside a statutory demand. The appellant had argued (among other things) that an arbitration clause in his agreement with the respondent required their dispute to be referred to arbitration.

In rejecting the appeal, the Court of Appeal sought to clarify the circumstances in which insolvency proceedings should be stayed or dismissed in favour of arbitration where that was the agreed form of dispute resolution.  The decision casts doubt on a previous judgment which suggested that (save for exceptional circumstances) the insolvency proceedings should generally be dismissed where the debt is disputed, and the debtor has taken steps to arbitrate in accordance with the agreement.

The appellant was a customer of the respondent.  He suffered a large forex loss on his trading account and allegedly failed to comply with a margin call.  The respondent liquidated the account and served a statutory demand requiring payment of the balance due.

At first instance, both arguments failed.  The defence based on alleged misrepresentation was found to be without merit, and as such there was no bona fide dispute on substantial grounds requiring the demand to be set aside.

As for the arbitration agreement, the appellant sought to rely on Re Southwest Pacific Bauxite (HK) Ltd [2018] 2 HKLRD 449, a case decided by Harris J., which suggested that a petition to wind up a company should generally be dismissed where:

While the first instance judge in But Ka Chon v Interactive Brokers LLC did not seek to challenge Re Southwest Pacific Bauxite (HK) Ltd, he found that the case did not apply because the appellant had not taken any steps to commence an arbitration, and he appeared to have no genuine intention of doing so.

In his appeal to the Court of Appeal, the appellant raised two grounds based on an alleged misunderstanding of the facts by the first instance court.

Of more interest, was the third ground of appeal.  Namely, that the first instance court should have exercised its discretion, pursuant to rule 48(5)(d) of the Bankruptcy Rules (Cap. 6A), to set aside the statutory demand because the dispute should go to arbitration (following the approach adopted in Southwest Pacific Bauxite (HK) Ltd)1.  The appellant also argued that the judge was in error in finding that he had not taken steps to commence an arbitration.

Although this was enough to dispose of the appeal, the leading judgment in the Court of Appeal's unanimous decision casts doubt on the conclusions reached in Southwest Pacific Bauxite (HK) Ltd.  These comments were obiter (they were not necessary for the decision, and are therefore non-binding) but practitioners would be unwise to ignore them.

The Court of Appeal's comments clearly favour the traditional pre-Southwest Pacific Bauxite (HK) Ltd position; namely, that a debtor contesting a winding up petition (or trying to set aside a statutory demand in a bankruptcy matter) must establish, with evidence, that there is a genuine defence to the debt based on substantial grounds.  It is simply not enough to rely on an arbitration agreement, and merely allege that the debt is disputed.

The Court of Appeal pointed out that creditors have a statutory right to present a winding up or bankruptcy petition, and that the approach adopted in Southwest Pacific Bauxite (HK) Ltd was "a substantial curtailment" of that right2.  The Court of Appeal appears to have considered that the earlier decision was a shift too far in debtors' favour, albeit that it recognised that earlier cases had not, perhaps, given adequate weight to the factor that the parties had agreed to arbitrate their disputes.

For now, there are some important takeaway points.

This RPC briefing is intended to give general information only.  It is not a complete statement of the law.  It is not intended to be relied upon or to be a substitute for legal advice in relation to particular circumstances.  Charles would like to acknowledge the assistance of Warren Ganesh (Senior Consultant) in writing this briefing. 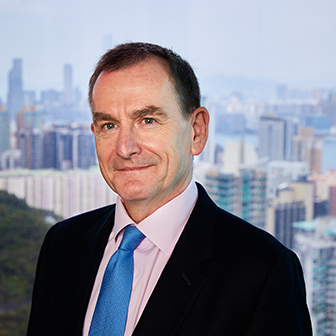