Breach of SFO disclosure requirements and damages that can follow

The SFC also claims that the chairman and chief executive officer of the company were either reckless or negligent in failing to ensure the company's compliance with its disclosure obligations under the ordinance.(1) As with other regulatory enforcement actions, the key financial exposure for a listed company is not only the regulatory sanctions and/or fines imposed by an enforcement authority or a tribunal; there is also the possibility of follow-on civil proceedings brought by aggrieved investors or even the SFC.

A new regime governing disclosure of price-sensitive inside information by listed entities was introduced under Part XIVA of the ordinance (Sections 307A-Z), which came into effect in January 2013. The tribunal has the power to impose regulatory fines and civil penalties against a listed entity and its officers if it finds that the entity failed to disclose price-sensitive inside information in a timely manner. Certain 'safe harbour' provisions (exceptions to disclosure) exist.

The ordinance also gives a statutory private right of action to aggrieved investors pursuant to Section 307Z(1), which provides (subject to criteria of what is "fair, just and reasonable"): "a person who is in breach of a disclosure requirement is liable to pay compensation by way of damages to any other person for any pecuniary loss sustained by the other person as a result of the breach."

This section mirrors Section 281 of the ordinance, which gives a similar statutory right of action to investors who have suffered loss arising from market misconduct offences. Unlike a regulatory fine that can be imposed by the tribunal under Section 307N (which is capped at HK$8 million), Section 307Z imposes no limit on the damages that an aggrieved investor (or a group of aggrieved investors) may claim. This, therefore, represents potentially significant financial exposure for listed entities and their directors. Parties that suffer a financial loss as a result of market participants breaching their disclosure requirements can rely on the tribunal's findings of fact to pursue civil proceedings for what is described as "compensation". Obviously, difficult issues will arise in identifying the aggrieved parties and, for example, proving that they suffered loss and quantifying that loss. However, it appears to be only a matter of time before investors in Hong Kong bring claims under Section 307Z seeking to recoup alleged investment losses.

SFC to step into the shoes of investors?

The listed entities' obligations to make timely disclosure of price-sensitive information to the public were contained in the Listing Rules, but are now incorporated into the ordinance and enforced by the SFC (which has much wider investigatory and regulatory powers than the Stock Exchange of Hong Kong). Now that the SFC has taken its first action under the new disclosure regime against a listed corporation (and two of its senior officers), a question remains as to how far the SFC will go to pursue wrongdoers.

In the absence of a formal class action regime in Hong Kong, the SFC has made headlines in bringing some of the highest profile litigation in this jurisdiction, pursuant to Section 213 of the ordinance, in order to seek large-scale compensation orders on behalf of investors. Some examples include Tiger Asia LLC, Hontex International Holdings Company Limited and Du Jun, as well as the ongoing proceedings against CITIC Limited and five of its former executive directors. The Tiger Asia case confirmed that in Section 213 proceedings commenced by the SFC, the court's power to grant protective and remedial orders against persons who have contravened, or who are contravening, relevant provisions of the ordinance (including, eg, the market misconduct provisions) is not dependent on a prior finding of market misconduct in a criminal court or before the tribunal.(2)

The SFC is essentially taking the initiative (assisted by its deep-pocket resources) to act as a representative claimant on behalf of a "class" of aggrieved investors who claim to have suffered financial loss as a result of alleged breaches of securities laws by listed entities and their directors. As has been seen in recent years in Hong Kong, the Section 213 procedure is a bold step which is at present reserved for cases of sufficient magnitude and public importance. It is, therefore, expected that the SFC will take the Section 213 route for a breach of the disclosure requirements only if the alleged non-disclosure is sufficiently serious and (for example) results in significant pecuniary loss sustained by the shareholders of a listed company.

While the SFC's proceedings in the tribunal in relation to the disclosure obligations imposed on listed companies are the first of their kind in Hong Kong, follow-on civil proceedings by aggrieved investors, and possibly the SFC, are matters to look out for. In the meantime, listed companies, their directors and senior management should be reviewing their market disclosure policies and procedures and industry guidelines.(3)

For further information on this topic please contact Antony Sassi or Samuel Hung.

(1) See SFC Press Release, July 27 2015 ("SFC commences MMT proceedings against Across Asia Ltd for late disclosure of inside information"). In the Commission's Notice to the Tribunal, the company concerned is described as an "investment holding company", listed on the Growth Enterprise Market of the Stock Exchange of Hong Kong. The events in question are stated to go back to January 2013 (just after Part XIVA of the Ordinance came into effect). More cases are expected as the Commission completes other investigations into instances of alleged non-disclosure

(3) For example, see SFC's "Guidelines on Disclosure of Inside Information". 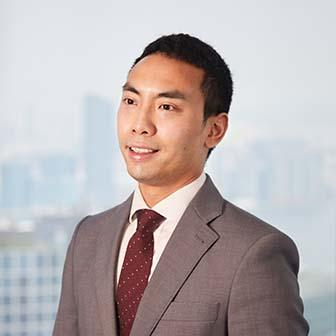