In keeping with the run of High Court decisions on the importance of the confidentiality embargo which attaches draft judgments, the IPEC has held that an embargo was breached when journalists were provided with a press release on confidential terms, prior to the judgment being formally handed down(1). While this was a breach, the judgment clarified that certain disclosures made internally to employees of the Defendants' company were permitted, as they fell within the intended scope of CPR Part 40 and its Practice Direction.

The decision related to the disclosure of a draft judgment in which the judge, Mr Nicholas Caddick QC (sitting as a Deputy High Court Judge), found in favour of the Claimants ("Match") in relation to claims of passing off and trademark infringement against the Defendants ("Muzmatch", which was founded by Mr Younas), by virtue of the use of the words "MATCH" and "TINDER" for their online introduction and dating services.

The draft judgment was sent to parties by email on 12 April 2022 with the standard emboldened heading, which explained that: (i) the Practice Direction supplementing Civil Procedure Rules Part 40 applied; (ii) it was provided in confidence to the parties and their legal representatives and could not be disclosed to any other person or used in the personal domain; and (iii) the parties needed to take all reasonable steps to ensure that the draft's confidentiality was preserved.

The rules relating to embargoes are set out at paragraph 2.4 of Practice Direction 40E, which provides that:

"A copy of the draft judgment may be supplied, in confidence, to the parties provided that—

(a) neither the draft judgment nor its substance is disclosed to any other person or used in the public domain; and

(b) no action is taken (other than internally) in response to the draft judgment, before the judgment is handed down."

The formal hand down of the judgment was scheduled to take place on 20 April 2022. Shortly prior to the handing down of the judgment, the Judge was shown an email from counsel for the Claimants stating that they had been approached by members of the press, who were aware of the outcome of the case and requesting comments.  It transpired that the Defendants had been the source of the journalists' information.

In response to the disclosure, the Judge requested, in line with the approach adopted in the recent decision of R (Counsel General for Wales) v Secretary of State for Business Energy and Industrial Strategy [2022] EWCA Civ 181 "a full written explanation from those involved in the release to the press of information concerning the result of this case" and also of the steps taken by the Defendants' solicitors to "draw the clients' attention to the confidential nature of the draft judgment and its contents".

The judge stressed in his judgment that no criticism should attach to the Defendants' solicitors, Bristows LLP, for their conduct in this matter, accepting that they took robust steps to ensure that their clients were aware of their confidentiality obligations.

Upon receipt of the draft judgment, and before forwarding a copy to his client, the Defendants' solicitor made it "very clear" that Mr Younas should not inform anyone of the outcome of the case without discussing it with him first. This was because the draft judgment and the outcome of the case was "confidential" and on a "need to know" basis, otherwise there was a risk of contempt of court.

Mr Younas later emailed his solicitors, requesting that they file new trademark applications as per the draft judgment.  The Defendants' solicitor declined, noting that while they could prepare them, they could not file them, as they were in response to the draft judgment and if they did so, it could be considered to be in breach of the embargo.

On 19 April 2022, Mr Younas again emailed his solicitors, stating that "we have the journos ready", which his solicitors took to mean that the press were aware that the judgment was due to be handed down.

Internal disclosures by the Defendants

Despite the warnings by his solicitors, on the same day that the draft judgment was sent to Mr Younas, he informed four Muzmatch employees of the outcome of the case.  He informed the Head of Marketing, the Chief Technical Officer, the Head of Mobile and a Designer.

Mr Younas explained, and it was accepted by the judge, that telling the Head of Marketing so that they could together prepare a press release for publication after hand down, fell within the scope of what was permissible under CPR PD40E. However, there was an issue as to whether the other three people should have been told about the outcome of the case. Mr Younas explained that they were told to enable them to prepare technical and design changes which were required as a result of the judgment.

The judge recognised that the draft judgment could have "very serious repercussions" on the Defendants' business operations and noted that CPR PD40E makes clear that disclosing information internally for the purpose of preparing submissions, agreeing orders on consequential matters and preparing themselves for publication is permitted.  It was noted that the employees were told of the draft judgment's confidential nature and there was no evidence of them passing that information on.

Other disclosures by the Defendants

While it was decided that there was nothing "inherently improper" about the Defendants preparing a press release, which was entitled "EMBARGOED UNTIL 20th APRIL 10:30AM BST – Muzmatch…loses fight with Match Group to keep its name", the subsequent offering and disclosure of it by Mr Younas to 10 journalists via Twitter and email in advance of the hand down was held to be a serious breach.  It was of no consequence that the journalists had agreed to respect the embargo.

Mr Younas did not inform his solicitors of the breach.  The court held that the breach should have been known to Mr Younas from the clear advice that he had received from his solicitors not to share the information.  Ultimately, despite finding that the breach was "serious", the Court accepted Mr Younas' apology as resolving the matter – and Match confirmed that it did not intend to initiate to initiate formal contempt proceedings, and the Judge did not see the need for the Court to do so of its own initiative.

This decision is one of a number in recent months relating to the breach of an embargo.  It is clearly an issue that the Courts are alive to and are keen to make an example of those who contravene the strict confidentiality obligations, in order to warn against and discourage future breaches.  Although this case did not result in formal contempt proceedings, the seriousness with which the Court regards such leaks is clear, and is consistent with Sir Geoffrey Vos' warning in Counsel General for Wales that "far stricter measures" need to be put in place for those who breach embargoes.

In this case there was no fault or criticism of the legal representatives, rather it emphasises the need for parties in receipt of a draft judgment to exercise careful consideration as to who needs to know the result and for what purposes.  The decision is also helpful, as it clarifies that parties are entitled to take internal steps to prepare for the publication of a judgment, including considering the operational impact. 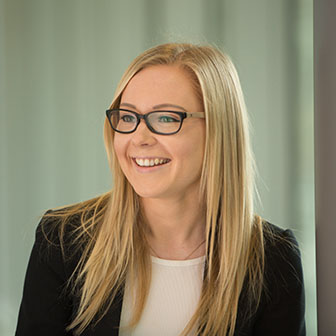