The Court found that the LIA could not rely on s.32 of the Limitation Act 1980 to bring its claims more than six years after the alleged wrongdoing. In doing so, the Court applied the orthodox approach that the limitation period only started to run from the point that the LIA could with 'reasonable diligence' have properly pleaded its case in fraud, and affirmed that this involves a significantly higher threshold than recently applied in a judgment concerning claims for mistake.

The LIA brought claims against Credit Suisse and others for breach of fiduciary duty, undue influence, recission for illegality and unconscionable receipt in relation to loan notes issued by Credit Suisse to the LIA on 2 June 2008, and then restructured in 2009. The LIA claimed that the loan notes were voidable and/or unenforceable as a result of certain undisclosed payments made by Credit Suisse that were alleged to have been made as a bribe in exchange for one of the defendants, Walid Mohamed Ali Al-Giahmi, influencing certain officials at the LIA to acquire the Loan Notes.

The LIA issued its claim on 11 November 2019, over ten years after the notes were issued and then restructured. The applicable limitation period for each cause of action relied on was six years after the cause of action arose. Credit Suisse applied for summary judgment to dismiss the LIA's claims, on the basis that they were time barred. The question for the Court was whether the LIA could rely on section 32 of the Limitation Act 1980 to bring its claim.

Applying s. 32 Limitation Act 1980: could the facts have been discovered with reasonable diligence?

Section 32 of the Limitation Act 1980 provides that:

“… where in the case of any action for which a period of limitation is prescribed by this Act, either—
(a) the action is based upon the fraud of the defendant; or
(b)    any  fact  relevant  to  the  plaintiff's  right  of  action  has  been deliberately concealed from him by the defendant; or
(c) the action is for relief from the consequences of a mistake;
the  period  of  limitation  shall  not  begin  to  run  until  the  plaintiff  has discovered the fraud, concealment or mistake (as the case may be) or could with reasonable diligence have discovered it."

When considering the point at which a claimant could with reasonable diligence have discovered the facts to plead its case, the Court applies a two stage test:

'Reasonable diligence' is an objective test. The court will consider 'how a person carrying on a business of the relevant kind would act if he had adequate but not unlimited staff and resources and was  motivated  by  a  reasonable  but  not  excessive  sense  of  urgency'.1

Credit Suisse sought to argue that the point at which the LIA could have had sufficient knowledge to plead its case should be determined by applying the same principles as in claims for mistake per FII Group Litigation v HMRC [2020] 3 UKSC 47 – being the point when the claimant could with reasonable diligence have known about (in that case, the mistake) with 'sufficient confidence to justify embarking on the preliminaries of the issue of proceedings'.

The Court rejected this argument and applied the conventional principles in relation to claims of fraud following Playboy Club London v Banca Nazionale Del Lavoro SpA [2018] EWCA Civ 2025. Given the seriousness of allegations of fraud or dishonesty, the Court requires that parties only plead such allegations in circumstances where they have a solid basis for doing so. This means that the Court applies a much higher threshold in determining the point at which a claimant would have been able to discover the information constituting the necessary elements to properly plead its claim in cases of fraud. Were it otherwise, victims of fraud or concealment could lose their right to claim too easily or be incentivised to bring speculative claims for fraud in order to avoid being time-barred.

The test is highly fact sensitive and, often, will not be suitable for summary judgment– especially where there is a serious dispute regarding the relevant facts.  The Court will require very clear evidence that the test is satisfied.

Findings on the facts: LIA had sufficient information available to trigger an investigation

Because Credit Suisse was seeking summary judgment, all the LIA had to establish was that it had a real prospect of demonstrating at trial that it could not with reasonable diligence have discovered the necessary elements to plead its claims more than 6 years before issuing its claim form – i.e. by 12 November 2013. However, and despite the high thresholds applied to claims of fraud under s. 32 of the Limitation Act and for summary judgment, in this particular case the Court found that (i) the LIA had sufficient information available to it by the end of July 2012 to trigger an investigation into the Loan Notes, and (ii) had the LIA conducted such an investigation with reasonable diligence at the time, it would have discovered the necessary information to plead its case.

The decision turns heavily on its quite extraordinary facts. The Court found that there had been a series of failings by the LIA to investigate the nature and purpose of the payments made under the Loan Notes, when the LIA was aware of issues of corruption both in relation to such alternative investments generally, and specifically in relation to Credit Suisse.

In particular, the LIA failed to act upon recommendations made by external forensic accountants, and its own Problem Asset Committee, to investigate such payments in 2010 and 2012. The LIA had also identified, and issued proceedings in respect of, third-party payments linked to Mr Al-Giahmi in relation to similar alternative investment products with other financial institutions several years before issuing its claim against Credit Suisse. In this context, the Court found that the LIA could, with reasonable diligence, also have discovered the necessary information to plead its claim for fraud against Credit Suisse more than 6 years before it issued its claim again Credit Suisse, such that it was time-barred.

The judgment seems almost certainly the concluding chapter in the history of the LIA claims, which have been a constant feature in London's Commercial Court in the period since 2014, starting with previous claims against Goldman Sachs International issued in January 2014 and Société Générale in March 2014.  The case against Credit Suisse was the final LIA claim in this sequence, issued over five and a half years after its first claims against Goldman Sachs International and Société Générale, a factor that the judge was well aware of in considering the issues around diligence of inquiries in relation to Credit Suisse. 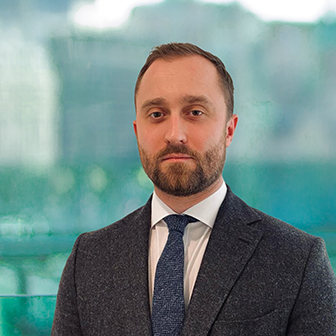