Minority shareholder oppression and the proper plaintiff rule – it gets personal

Section 216 of the Companies Act (Cap. 50) affords protection for minority shareholders where their interests are oppressed by the manner in which the company’s affairs are being conducted or by how the directors’ powers are being exercised.

The Singapore Court of Appeal has consistently upheld the proper plaintiff rule by distinguishing such minority oppression claims from statutory derivative actions brought under Section 216A. This distinction was recently affirmed in the recent decision in Ng Kian Huan, Edmund v. Suying Design Pte Ltd and others and another appeal [2020] SGCA 46.

Introductory Facts
The plaintiff and the 3rd defendant were both directors and shareholders of Suying Metropolitan Studio Pte Ltd (“SMSPL”).1 Their shareholdings in SMSPL were 35% and 40% respectively. It was the plaintiff’s position, amongst other things, that the 3rd defendant had acted in an oppressive manner by allegedly misappropriating SMSPL’s funds and withholding payments which the plaintiff was entitled to.

The plaintiff had resigned from SMSPL’s employ and he acknowledged that he had done so due to personal reasons. The plaintiff’s case was that his resignation prompted the 3rd defendant to engage in a series of oppressive acts in order to prevent him from realizing the fair value of his shares in SMSPL, and that he has unknowingly been the subject of oppression throughout his tenure in SMSPL. The trial judge divided the alleged series of oppressive acts against the plaintiff into “personal wrongs”, ie, wrongs committed against the shareholder personally, and claims with overlapping features of corporate and personal wrongs, ie, a mixture of wrongs committed against a company and personal wrongs. Personal wrongs are generally pursued under section 216 of the Companies Act, while corporate wrongs are vindicated under section 216A of the Companies Act (otherwise known as the proper plaintiff rule).2 In this regard, the Singapore Court of Appeal has consistently upheld the proper plaintiff rule by distinguishing such minority oppression claims from statutory derivative actions brought under Section 216A.3

The trial judge also held that the plaintiff’s reliance on the overlap claims with features of corporate wrongs was not an abuse of process. He referred to the Court of Appeal’s reasoning in Ho Yew Kong v Sakae Holdings Ltd and another appeal and other matters [2018] SLR 333 (“Sakae Holdings”), where the Court of Appeal set out an analytical framework to determine the appropriateness of a minority shareholder claim:

i. What is the real injury that the plaintiff
seeks to vindicate?

ii. Is that injury distinct from the injury to the company and does it amount to commercial unfairness against the plaintiff?

i. What is the essential remedy that is being sought and is it a remedy that meaningfully vindicates the real injury that the plaintiff has suffered?

ii. Is it a remedy that can only be obtained under section 216 (eg, a winding-up order or a share buyout order) and not under section 216A of the Companies Act? The trial judge reasoned that the injury which the plaintiff sought to vindicate was that to his investment in SMSPL. In the same vein, the overlap claims concerning the 3rd defendant’s misappropriation of SMSPL’s were breaches of the plaintiff’s legitimate expectation as a shareholder of SMSPL that funds would not be siphoned away, which in turn had a direct impact on his interests in SMSPL.

Decision of the Court of Appeal
The Court of Appeal observed that the alleged oppressive acts must be viewed in light of the commercial relationship between the parties and the expectations they were entitled to hold at the material time. Having considered each claim of alleged personal wrongdoing against the plaintiff, the Court of Appeal found that these claims, when considered cumulatively, did not establish oppression.

In relation to the non-personal oppression claims, ie, the overlap claims, the Court of Appeal found that, while the plaintiff may have been entitled to expect that SMSPL’s funds would not be siphoned away, the breach of this expectation did not in itself constitute a distinct injury under section 216 of the Companies Act. Any such wrongdoing was one done to the company, and should have been pursued under a different cause of action such as a derivative action under section 216A of the Companies Act.

The trial judge’s orders in respect of the plaintiff’s claim for minority oppression were therefore set aside.

Observations by the Court of Appeal
The Court of Appeal emphasised the distinction between “corporate wrongs” and “personal wrongs”. As mentioned above, Section 216 of the Companies Act was intended for minority shareholders to pursue personal wrongs (“Minority Oppression Claim”), while pursuant to the proper plaintiff rule, the company was the proper party to vindicate corporate wrongs.
The Court of Appeal reiterated its view in Ng Kek Wee v. Sim City Technology [2014] 4 SLR 723 that “it would be an abuse of process to allow an essentially corporate wrong to be pursued under s 216.”4 If a minority shareholder wished to vindicate corporate wrongs, its recourse would be to commence a derivative action under Section 216A of the Companies Act (“Statutory Derivative Action”).

The following observations were also made:

1. The authors of this article were the solicitors for Suying Metropolitan Studio Pte Ltd at the High Court trial of this dispute.
2. The proper plaintiff rule in Foss v. Harbottle (1843) 2 Hare 461 provides that in an action to remedy an alleged wrong to the company, the proper plaintiff is prima facie the company itself.
3. Ho Yew Kong v. Sakae Holdings Ltd and other appeals and other matters [2018] SGCA 33; Ng Kek Wee v. Sim City Technology [2014] 4 SLR 723.
4. Paragraph 31 of the Judgment.
5. Paragraph 32 of the Judgment. 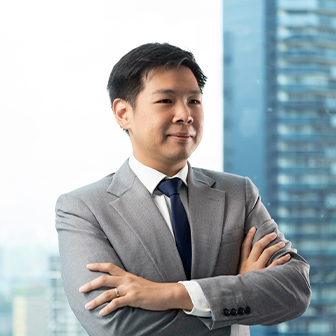 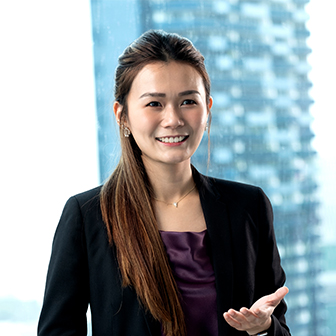