To MAE or not to MAE? Commercial Court hands down preliminary issues judgment in first Covid-19 Material Adverse Effect case

In her recent decision in Travelport Limited and others v Wex Inc,(1) the Head of the Commercial Court provided topical guidance on the construction and application of Material Adverse Effect clauses in the context of the Covid-19 pandemic. The judgment highlights the significance of the precise words used and the importance of ensuring, insofar as possible, that they properly reflect the intended allocation of risk between the parties.

WEX Inc had agreed to purchase the parent companies of two B2B payments companies specialising in the travel sector, eNett International (Jersey) Limited (eNett) and Optal Limited (Optal), from the claimants (the Sellers) pursuant to a Share Purchase Agreement dated 24 January 2020 for a total consideration of approximately US$1.7 billion.

In early May 2020, WEX formally notified the Sellers of its view that an MAE had occurred due to the impact of the Covid-19 pandemic and claimed that it was therefore not obliged to close the transaction. The Sellers responded that there had not been an MAE and that the condition to closing was satisfied, and then issued claims for a declaration that there had been no MAE and for specific performance under the SPA.

Following an expedited hearing, the Commercial Court determined certain preliminary issues between the parties focusing on the proper construction of the definition of an MAE in the SPA in the context of the current pandemic.

Key issue considered by the Court

The dispute between the parties arises from the fact that the MAE definition contains:

(i) exceptions to the general definition of an MAE for effects from particular causes including specifically “conditions resulting from … pandemics” (the Carve-Out), and

(ii) an exception to the carve-out (the Carve-Out Exception) providing that even if an adverse event otherwise falls within the Carve-Out, an MAE may nonetheless exist if the adversity has had “a disproportionate effect on" the eNett or Optal groups "taken as a whole, as compared to other participants in the industries in which [they] operate”.

As such, for there to have been an MAE, the conditions resulting from the pandemic must have caused a disproportionate effect on either of the eNett or Optal groups as compared to other participants in the industries in which they operate.

The Court held that WEX's construction was correct and the appropriate comparator was the wider B2B payments industry. In reaching this decision, the Court considered both a textual analysis of the MAE definition, and interpretative considerations arising from arguments about its commercial purpose.

The Court found that a pure textual analysis favoured WEX's broader interpretation. In particular, the parties had chosen the word "industries", as opposed to "markets", "sectors", "competitors" or an identified pool. "Industries" was a broader word and its natural and ordinary meaning captured a group of participants in a broad sphere of economic activity. This was supported by expert evidence heard by the Court, and by the usage of the words "industry" and "businesses" elsewhere in the SPA.

In reaching this conclusion, the Court noted that, whilst the wording was standard boilerplate, this was nonetheless a heavily negotiated contract where it could be assumed that all the wording had been carefully scrutinised by lawyers and was used wittingly and advisedly.

Given the lack of English authority on MAC/MAE clauses in SPAs, the Court was taken to US case law (particularly from Delaware) and academic articles. Those materials supported a view that MAC/MAE clauses tend to be interpreted as allocating general market or industry risks to the buyer, and more company-specific risks to the seller. However, they did not provide any clear guidance as to precisely where the line was drawn when it came to risks affecting companies operating in particular markets or sectors within a wider industry.

The Court then went on to consider whether the purpose of the transaction was the acquisition of a travel business or a wider payments business. It found that the transaction did not have a single objective purpose. Optal and eNett's businesses were primarily focused on the travel sector, but WEX's case that it saw future value in extending their reach into other sectors and markets was accepted.

The meaning of 'industries'

In the end, the Court found that the commercial purpose points did not provide any convincing reason to depart from the ordinary reading of the language used.

For the Carve Out Exception to operate therefore required the pandemic to have disproportionately impacted eNett and Optal as compared to the payments industry (generally) and the B2B payments industry (more specifically). Given the specific impact it has had on the travel sector, this finding will significantly assist WEX in its efforts to show that eNett and Optal had suffered disproportionately compared to their relevant peers.

While the issue of whether there has in fact been an MAE remains to be determined, this judgment provides important guidance on how the Court will approach the interpretation of MAE clauses in the context of the pandemic.

In circumstances where the Carve-Out Exception was not specific as to the comparator to be used, the Court conducted a multi-layered analysis focusing on the precise wording and the commercial purpose of the definition. The parties' choice of the word "industries" (as opposed to "markets", for example) was significant, especially where it could be assumed given the nature of the contract that the wording had been heavily scrutinised and used advisedly. This is a valuable reminder that, when negotiating these clauses, parties should very carefully consider the words used and their likely objective meaning and seek to address any potential areas of uncertainty in the contract. Otherwise, the Court will be forced to fashion an objective intent which may never have been subjectively shared between the parties, a situation which it expressly noted would only arise if renegotiations aimed at seeking to resolve the subjective differences of view failed.

Issues in relation to existing contracts will require equally careful and nuanced assessment. The painstaking care with which the parties and the Court worked through all angles of these construction arguments is reflective of both the criticality of the current economic conditions and the powerful economic risk allocation functions played by MAE/MAC clauses. 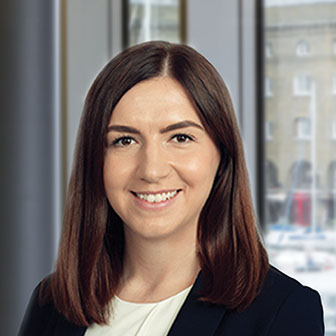