When will the court step in to correct a contractual mistake?

Only if contractual provisions are "nonsensical or absurd" will the Court intervene to correct mistaken drafting. The Court of Appeal recently considered this issue in the context of a dispute between a landlord and tenant in MonSolar IQ Ltd v Woden Park Ltd.(1)

Woden Park Limited ("the Landlord") leased 15 acres of land near Cardiff to MonSolar IQ Ltd ("the Tenant") for use as a solar farm. The 25-year lease provided for a starting rent of £15,000 and included a formula for calculating future rents that referenced the General Index of Retail Prices (or RPI).

The dispute concerned the effect of that calculation. The Tenant claimed that there was a clear drafting mistake. The Landlord argued that it was neither clear that the formula contained a drafting error, nor clear, if there were an error, what that error was.

The case reached the Court of Appeal, which found for the Tenant. The rent review formula should be corrected as a matter of construction under the so-called "Chartbrook principle" whereby clear drafting mistakes can be resolved; in this instance the calculation should be construed so that the rent increased in line with RPI.

The Court of Appeal endorsed both the reasoning and conclusion of the judge at first instance. To displace the literal meaning of a contractual provision under the "Chartbrook principle", it must be clear both

The formula contained a mistake; it was objectively intended to increase or decrease the rent on the review date "in accordance with any proportionate change in the RPI during that year." As such, it was possible to determine the true construction of the formula, with an order being made on such terms.

In upholding the decision at first instance, the Court of Appeal rejected the Landlord's submission that the "Chartbrook principle" was qualified by the expressions of judicial restraint found in the later decision of Arnold v Britton(2), which emphasised that commercial common sense and surrounding circumstances should not be invoked to undervalue the importance of the language of the provision in question.

The Court of Appeal noted that the context for these remarks in Arnold v Britton was that whilst parties cannot control the circumstances surrounding their contract, they can control the language of their contract, which is where the reasonable reader would expect to find reflected what the parties intended. That does not apply in cases involving alleged mistake, where the very question is whether the language of the contract reflects what the parties intended.

The Court of Appeal re-articulated that the Courts cannot illegitimately re-write the parties' bargain in the name of commercial sense (as both Arnold v Britton, and Chartbrook(3) itself suggest), however there was a distinction between "commercially unattractive and even unreasonable" cases in which judicial restraint is required, and cases involving "nonsensical or absurd" provisions which the Courts are able to correct through applying the "Chartbrook principle."

Though the decision in this case upholds a construction of a contract contrary to its literal meaning, the judgment ultimately reinforces the language as actually used in contractual provisions as the starting point for interpretation. The judgment suggests that the Court cannot depart from the words as actually used in the contract unless the provisions are nonsensical or absurd. Contracting parties should continue therefore to ensure that the language of their agreements accurately reflect the intended terms. 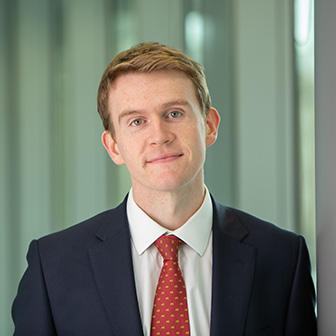