In this series of articles, we explain the procedure for disciplinary investigations against chartered surveyors.

This article gives an overview of the process.  The remaining articles will examine each stage of the process and highlight the dos and don'ts for chartered surveyors unfortunate enough to be the subject of investigations. There are 3 key stages.

An investigation will be triggered by someone complaining to the RICS or as a result of an RICS regulatory review visit (which may be unannounced). The first step for the RICS upon receipt of the complaint will be to evaluate the evidence received and decide whether there are any grounds to take the matter further.

A formal investigation will start if the RICS considers that 1) the evidence provided may support a finding of misconduct and 2) that taking further action would be reasonable and fair when considering both the interest of the public and those of the surveyor.

If the RICS considers that there is a case of potential professional misconduct to answer, the complaint will be referred to a disciplinary hearing. Depending upon the nature of the alleged misconduct the case can be heard by either a Single Member of the Regulatory Tribunal in private or a Panel.

Complaints will be referred to a Single Member in cases where:

By contrast panel hearings are conducted in public. If a finding of professional misconduct is reached, then the decision is likely to be published on the RICS website.

There are a number of sanctions which can be imposed both by a Single Member and by a Panel, ranging from fines, suspensions, orders requiring specific actions, and ultimately expulsion from the RICS.

Regulated Members can appeal decisions by making an application stating the grounds of appeal, within 28 days of the decision. The Appeal Panel’s decision will be made at the appeal hearing or within 14 days following the hearing.

Decisions made by a Single Member can be disputed and those made by a Disciplinary Panel can be appealed. It is important for a Regulated Member to seek advice when appealing a decision as the application must specify the grounds of appeal and must be in the form prescribed by the RICS.

Please look out for our next article which discusses the investigations stage in more detail.  If, in the meantime, you receive any indication of a complaint or notice that you may be subject to an investigation by the RICS, please do not hesitate to contact one of the RPC team. 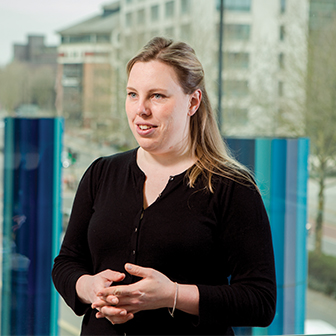