In BFAM Partners (Hong Kong) Ltd v Mills & Anor
1. [2021] HKCFI 2904, the Court of First Instance of the High Court granted an interlocutory injunction against the first defendant to enforce a six month paid non-compete clause in his contract of employment with the plaintiff (his former employee).

While the judgment turns on its facts, it is a detailed analysis of the relevant legal principles involved in the grant of such an injunction. The case illustrates the interplay between different post termination restrictive covenants in an employment contract in the context of a highly skilled employee and industry – in particular, the need for employers to be protected by reasonable and proportionate non-compete covenants together with confidentiality clauses.

Background
The plaintiff company is a Hong Kong company that provides fund management services to institutional investors. The first defendant is an experienced and highly skilled technology professional in the financial industry. He was employed by the plaintiff as a technology officer as from 11 February 2019 for a fixed term of one year. In August 2019 the plaintiff and first defendant agreed that he would be put on permanent terms with the position of “Head of Platform Technology”. His base salary was purportedly US$300,000 per annum.

The contract of employment contained various usual post termination restrictive covenants, including non-poaching, non-solicitation and non-compete. The non-compete clause was for a period of six months and restricted to Hong Kong – in short, the first defendant agreed not to compete (by himself or others) with respect to products or services of the same or a similar type provided by the plaintiff for six months from the effective date of his resignation. In February 2021 the defendant resigned and commenced garden leave on 1 May 2021. He was entitled to full pay for the restrictive period of six months.

During his approximately two years of employment with the plaintiff, the first defendant appears to have come into possession of a not insignificant amount of information, which the plaintiff claimed was confidential regarding their working practices and strategies. The degree to which these practices and strategies were confidential or known or remembered by the first defendant was disputed.

Given that the notional trial date would be after the restrictive period of the non-compete clause (1 May to 31 October 2021) it was not disputed that the grant or refusal of an injunction would effectively dispose of the proceedings.

The issue for the court to decide (at an interlocutory pretrial stage) was whether it should grant an injunction against the first defendant (to enforce the non-compete clause) and this required a determination of what course of action would notionally do less harm – namely: (i) granting an injunction to the plaintiff (the employer) and their failing at trial on the merits or (ii) refusing to grant an injunction and the plaintiff going on to succeed at trial on the merits. In short, at an interlocutory stage, the court should take whichever course of action was likely to cause less prejudice. 2. Supra note 1, at paras. 21 and 22.

Decision
In a detailed written decision, the court granted an interlocutory injunction against the first defendant and made the following findings (among others) based on the evidence.

Correct Timeframe
While the correct time for determining the reasonableness of a non-compete clause is the making of the employment contract, the court could allow evidence of relevant matters after the contract had commenced where to do so was reasonable and envisaged by the parties. In this case, in assessing the reasonableness of the non-compete clause, it was permissible to take into account the fact that the first defendant had taken on extra senior responsibilities as part of his permanent position.

Confidential Information
The first defendant had acquired information during the course of his employment in respect of which the plaintiff could argue was confidential and claim legitimate protection – including, for example, relating to the plaintiff’s business operations and trading strategies. The information had not lost its confidential status through decay or the passage of time, such that it remained confidential. Moreover, the court recognised the principle in Faccenda Chicken Ltd v Fowler [1987] 3. [1987] 1 Ch. 117. – namely, that employees are entitled to make use of such confidential information as they are able to carry away with them in their heads for the purpose of any business of their own or that of a new employer, as part of their accumulated skill and knowledge.

“On the evidence available before the court, it seemed to me that the plaintiff has shown that the confidential information in question can fairly be regarded as a separate part of the 1st defendant’s stock of knowledge which a man of ordinary honesty and intelligence would recognise to be the property of the plaintiff.”

Non-Compete Clause
The non-compete clause appeared to go no further that was reasonably necessary to protect the plaintiff’s legitimate interests during the restrictive period (six months). For example:

Prejudice to the Parties

Comment
Subject to remaining arguments as to the amount of the legal costs between the parties, it appears that the case will be brought to a resolution. The period of the non-compete clause ended on 31 October 2021 after which the first defendant is free to take up his position with the second defendant.

By the time that the court had heard the plaintiff’s application for an interlocutory injunction there remained less than two months for the period of the non-compete clause to expire. It is interesting that the plaintiff still chose to pursue legal remedies – this might suggest something about the commercial and competitive nature of the business that the plaintiff and the second defendant are engaged in. The first defendant appears to be a highly skilled information technology strategist who learnt a lot during his approximately two years with the plaintiff and the plaintiff may have been keen to send a message to their senior staff and/or the market that (as best they can) they will protect their business operations.

It also appears to be the case that the plaintiff’s representatives presented a wealth of consistent evidence (on oath or affirmed) to support the plaintiff’s position – as a result of which they probably presented a better story, which gives an interesting insight into the internal operations of a fund manager.

Overall, the outcome in the case will be welcomed by well-resourced employers that operate in a highly competitive business where senior level recruitment can be time-consuming and difficult. In this case, the plaintiff was protected by a non-compete clause that (on the evidence) went no further than was reasonably necessary to protect their legitimate interests in the funds industry and given the seniority of the individual concerned.

Please do not hesitate to contact our Partner and Head of the Employment Practice in Hong Kong, Andrea Randall (andrea.randall@rpc.com.hk / +852 2216 7208) for any queries regarding the issues raised in this article or any employment law related queries you may have.

All material contained in this article is provided for general information purposes only and should not be construed as legal, accounting, financial or tax advice, or as opinion to any person or specific case. RPC accepts no responsibility for any loss or damage arising directly or indirectly from action taken, or not taken, which may arise from reliance on information contained in this article. You are urged to seek legal advice concerning your own situation and any specific legal question that you may have.

A shorter version of this article was originally published in the Litigation Newsletter of the International Law Office. 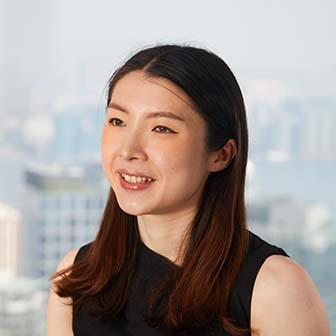