Has the FOS decided Lehman's collapse was not foreseeable; or is that too remote a hope?

Nearly six years have elapsed since we first saw the iconic photographs of Lehman Brothers' employees filing out of the former bank's worldwide headquarters, carrying their belongings in cardboard boxes.

However, the downfall of Lehman is not yet a distant memory for many financial advisers, as the suitability of advice to invest in products where Lehman was a counterparty are still being considered by the FOS.

Only recently the Professional Adviser alerted the market to three separate FOS decisions regarding the suitability of investments backed by Lehman. These decisions all found that the collapse was not reasonably foreseeable and ruled in favour of the advisers.

The leading court case on causation and foreseeability in this context is Rubenstein v HSBC [2012] EWCA Civ 1184.  This was a complex Court of Appeal judgment that ultimately decided in favour of the consumer. The court found that investment losses caused by adverse market movements affecting securities were not unforeseeable events. The matter did not concern investments where Lehman was a counterparty, but it was suggested that losses directly attributable to the collapse of Lehman might be regarded as unforeseeable and too remote to recover damages.

The FOS has never placed significant weight on causation arguments or the comment in Rubenstein when considering Lehman cases. As noted here in March 2012 after the High Court decision in Rubenstein, FOS took a different line when considering similar claims (an approach that was cited with approval by the Court of Appeal).

So do these three recent decisions suggest a change in the FOS' general attitude to the suitability of Lehman-backed investments and in turn its application of the law of causation? One Ombudsman notes "I appreciate that it was not foreseeable at the time of the sale that Lehman Brothers would fail and I do not suggest that [the adviser] should have anticipated this. However, I do consider the economic situation at the time is relevant. The problems caused by the US subprime mortgage market were beginning to be felt. Further, there had been some comment in the financial press about the vulnerability of the banking sector". It seems FOS' position is now less certain.

The FOS' 'fair and reasonable' jurisdiction is separate and distinguishable from the courts. It is not bound to follow its own previous findings, let alone the court's comments or decisions. Therefore, we should not be too quick to conclude that the FOS is following any trend, never mind setting a precedent. As explained by one ombudsman when reaching his decision on a complaint concerning a Lehman-backed investment: "the outcome of one complaint may not be the same as the outcome of another, although they may seem to be similar on the face of it." Indeed, these three decisions are arguably not what we would hope them to be. They do conclude that the Lehman collapse was unforeseeable, but not before first clarifying that the advice given was actually suitable in any event. If the foreseeability issue had been determinative of the outcome, I fear the result may have been different.

Despite these seemingly encouraging recent decisions, the FOS' decision making process remains as unforeseeable as the iconic collapse of the former bank. 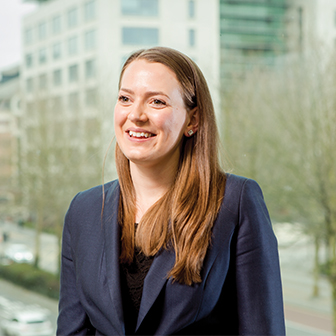