A new wave of complaints is hitting the mortgage market, concerning interest-only mortgages taken out before the financial crisis. Why is this happening and what should we look out for?

Within the last few months we have seen a raft of claims brought against mortgage intermediaries by home owners who had taken out interest-only mortgages largely around between 2006 and 2010.

The main complaint made by consumers is that they had allegedly been advised by the intermediary to mortgage their property on an interest-only basis without having an adequate repayment strategy in place to pay off the capital sum at the end of the mortgage term. In some cases, the complainants had re-mortgaged their existing property and/or consolidated their debts by taking out a re-mortgage product.

The consumers argue that had they been so advised about the need to repay the capital and of the risks involved, they would have taken out a different product more suited to their needs or not entered into the mortgage at all.

It is somewhat peculiar to be seeing such a high volume of cases being reported across the market, with some intermediaries reporting in excess of 60 claims each, that it begs the question: what is the cause of this wave of complaints with which the industry is now confronted?

In 2006/07 the mortgage market was remarkably volatile, with 49% of total complaints reported to the Financial Ombudsman Service ("FOS") that year relating to endowment mortgages.

At the time those mortgages were sold (around the late 1980s) many firms said that they had merely acted as an "introducer" for their clients, which seemed to conflict with reports from customers, who claimed that they were specifically advised that an endowment mortgage was the best thing for them.

The Financial Services Authority, as it was formerly known, shifted the regulatory framework on 31 October 2004 with the introduction of "M-Day", when the regulator took over responsibility for mortgage lending, advising and arranging. It was at this time that the FSA introduced the Mortgage Conduct of Business Rules (MCOBS), which governed the relationship between mortgage lenders and borrowers in the UK.

With this new regulatory structure in place, intermediaries were required to provide much clearer information to clients, allowing them to compare and understand mortgage products more easily. Intermediaries also had to state whether they were providing an advised sale, i.e. recommending that the customer buys the mortgage product, or a non-advised sale, whereby the mortgage was simply presented to the customer and it was down to them whether or not to accept the offer.

Following the financial crisis, the regulator made wholesale changes to the financial services landscape again, in order to protect consumers further. One notable change was to remove non-advised sales from MCOBS, changing these to "execution-only" sales. This rendered non-advised sales more difficult to process and placed more responsibility on intermediaries to assess whether a repayment strategy had the potential to repay the capital, in particular with interest-only sales.

So why are we seeing these claims now, especially since the majority of these mortgages still have plenty of years left on their term? In 2013 the newly-formed FCA issued a warning about interest-only mortgages purchased before the recession without a capital repayment vehicle in place. The regulator was concerned that people had sought to rely on an increase in their house price to support the repayment of capital, which was no longer a viable option in the climate.

In January this year the FCA issued a press release on the subject, urging action and expressing concern that shortfalls in repayment plans could lead to borrowers losing their homes.

These regulatory warnings, as well as numerous news articles, have likely contributed to this series of claims against intermediaries. Certainly, some legal claims practices have identified a gap in the market and now represent a sizeable chunk of those affected on a no-win-no-fee basis and have begun to issue letters of claim.

In terms of what to look out for in defending these claims, intermediaries should consider the following:

(1) The time periods that apply to the claims – the primary 6 year period for limitation would have passed and so complainants are likely to argue that they have only had sufficient knowledge to be able to bring a claim within the last 3 years. Intermediaries should be looking to see if the consumer has re-mortgaged or sold the property to bolster limitation arguments;

(3) The extent that appropriate risk warnings were communicated to the claimants at the time – contemporaneous documents should show that risk warnings were given about interest-only mortgages, where intermediaries have kept their files; and 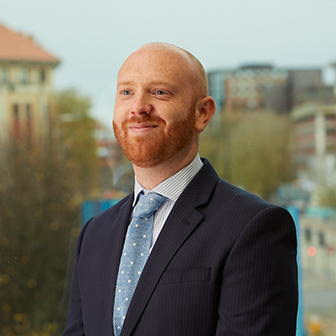