A recent High Court decision (Kays Hotels Ltd v Barclays Bank Plc) has ruled that a firm cannot rely merely on the terms of an interest rate hedging product going against the customer to trigger "knowledge" under section 14A of the Limitation Act 1980 and thus time-bar a civil claim.

In November 2012 Kays issued proceedings alleging the product had been mis-sold.  The essence of Kays' claim was that Barclays failed to explain adequately how the product worked and had not considered whether the hedge was suitable.  Barclays applied to strike out the claim as time-barred on the basis that Kays' cause of action accrued more than 6 years before proceedings were issued (namely, when they first entered into the allegedly unsuitable hedge).

Kays relied on section14A of the Limitation Act 1980 on the basis that it claimed not to have had the requisite knowledge to bring an action before November 2009 (three years prior to the issue of proceedings).  Barclays argued that Kays knew (or should have known) that it had a claim before November 2009 because by that date it had made payments totalling £36,000 under the hedge.

The Court held that the test for the knowledge required under section 14A was whether the claimant had been alerted to the facts of his claim, sufficient for him to seek legal advice and initiate legal proceedings.  The Court indicated that the loss suffered as a result of payments being made under the hedge did not, in itself, point to a lack of suitable advice and consequently did not give rise to sufficient knowledge to bring a claim.  In addition, Barclays could not rely on constructive knowledge to dismiss the claim as this was a question of fact and would require extensive analysis of the circumstances, which was not appropriate for a strike out application.

A full transcript of the judgment is not available yet, but based on what information is available, our opinion is that this appears a decision at odds with previous authorities on section 14A, and in particular the leading case of Hawards v Fawcetts [2006] UKHL 9.  Critically, section 14A specifically states that it is not necessary for a claimant to have knowledge of negligence on the part of the defendant for time to start to run.  Hawards v Fawcetts made it clear that once a defendant knows it has suffered loss, and that one of the potential causes of that loss is advice received from a professional adviser, that is sufficient to enable to start the process for investigating whether it might have a claim against that adviser.  With this in mind, whether the Kays' knowledge of payments under the hedge pointed to a lack of suitable advice or not seems to us to be irrelevant.  Knowledge of unsuitable advice is tantamount to knowledge of negligence, and so expressly irrelevant under section 14A.  It will be interesting to see, therefore, whether this decision is to be appealed.

It is also worth comparing the DISP time bar rules to the limitation rules set out in the Limitation Act 1980 (upon which they were deliberately based).

Under DISP 2.8.2, complaints must be made within six years of the event complained of or, if later, "three years from the date on which the complainant became aware (or ought reasonably to have become aware) that he had cause for complaint".

In Glaister v. Greenwood [2001] All ER (D), the Court decided that the time limit for an individual making a Pensions Review claim in a civil court was three years from the date he received his loss assessment even though he had previously submitted what could only be described (under the FSA's rules) as a complaint.  The case effectively extended time for Pension Review cases to run from when the individual claimant knew the particular details of their loss rather than by reference to the widely publicised Pensions Review generally.

Although the Glaister case was bad news for advisers answering Pension Review cases in the Courts, we at RPC handled a lead complaint and persuaded the FOS of the important difference between s.14A and DISP 2.8.2(2)(b).  In summary, the FOS accepted that the secondary, three year period under DISP should run from the date when a complainant received notice of their case being included in the Pensions Review because, although they may not then have yet known about the relevant damage, they ought reasonably to have been aware of cause to complain.

It is important to note, then, that the relevant test for the knowledge required under DISP is different to that under section 14A. Whereas section 14A is principally focused on when a claimant becomes aware he has suffered damage, and knowledge of negligence is irrelevant, the equivalent test in DISP is focused on when a complainant becomes aware of a cause to complain, which does not necessarily require knowledge of damage.

The High Court's recent decision in the Kays Hotels v Barclays case appears to erode that distinction and, if correct, makes the two tests far more similar than had originally been understood. We will be keeping an eye on this and will record any future developments in this blog. 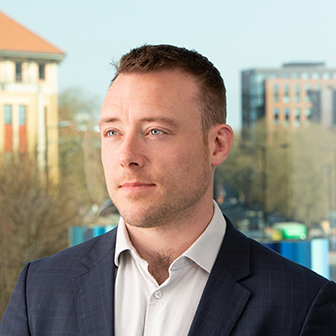