The FCA's key concerns for the pensions market in 2020

In its Sector Views published on 18 February 2020, the FCA has announced its strategic priorities for the pensions sector for this coming year. Key issues include transfer advice, which continues to be a supervision priority, and poor value products that lead to lower living standards in retirement.

Since the pension freedoms in 2015, the FCA has expressed concern that early access to pension money could lead to consumers making difficult investment decisions on their own, which ultimately result in financial losses.

The fear that consumers are being left without an adequate retirement income is a significant threat to the pension sector and so the FCA has prioritised the following as key areas to be tackled.

The FCA warns that poor advice and high-profile failures of defined benefit (DB) schemes are resulting in consumers cashing in their pension when it is unsuitable for them to do so, or worse still, opting out of the pensions savings market without any viable pension product in place.

Although transfers out of DB schemes stopped growing in the latter half of 2018, the FCA reports that unsuitable transfers from DB schemes could cost consumers £20 billion in "client guarantees" in the next five years. The FCA continues to be worried that consumers lack the experience to know whether a transfer is a good decision for them and whether it will really meet their long-term needs. As a result of transferring out, consumers are left vulnerable to pension scams whilst firms are at risk of claims for mis-selling pensions.

The watchdog is concerned that the compound effect of unsuitable non-workplace pensions products, coupled with high charge rates, can erode savings by £40 billion over the next five years.

The lack of transparency in relation to charging structures prevents consumers from being able to make cost comparisons between products and providers. In turn, this means consumers are unable to make informed decisions as they are unable to assess whether a product is good value for money.

The FCA has also raised issue with the advice being given to employers in respect of workplace pensions. Workplace advice operates outside the FCA's regulatory perimeter and so presents a potential cause for concern. The lack of competitive pressure in this area means that advisers do not have the incentive to compete on price or service.

The FCA's role in the pension savings market has become increasingly significant over the years, with the FCA extending its scope by working alongside The Pensions Regulator and the Department for Work and Pensions.

With a tighter rein, the FCA continues to promote greater competition and measures of protection for consumers. However, some argue that the FCA is overreaching itself and does not understand the rationale behind consumer choices, such as in respect of DB pension transfers.  Furthermore, the FCA's recent heavily critical approach in relation to pension transfers has caused many advisory firms to leave the pension transfer market, meaning consumer choice is rapidly reducing and, indeed, access to advice on this critical and complex area is becoming hard to come by. 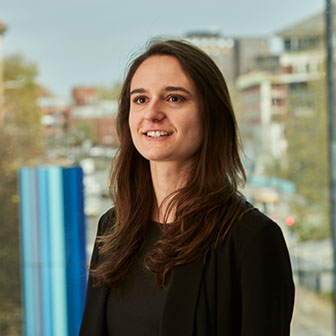