Berkshire Assets (West London) Limited (‘Berkshire’) sought to recover an indemnity from AXA Insurance UK plc (‘AXA’), pursuant to a Contractors All Risks (‘CAR’) and Business Interruption (‘BI’) policy (‘the Policies’), following an escape of water through a sprinkler pipe at one of Berkshire’s properties.

AXA denied liability on the grounds that, upon the renewal of the Policy in November 2019, Berkshire failed to disclose the fact that one of its directors, Michael Sherwood, was the subject of criminal charges, filed in August 2019, in Malaysia. The proceedings against Mr Sherwood were discontinued in October 2020.

AXA argued that, had it been made aware of the charges, it would not have agreed to insure Berkshire, and therefore that it was entitled to avoid the Polices. The court heard evidence from a number of witnesses including Mr Sherwood and the underwriters at AXA who had been involved in the writing of the risk. In addition, evidence was given by expert underwriters, Mr Philip Foley of Foley Specialties, for Berkshire and Mr Stephen Coates, Chief Underwriting Officer of Pool Reinsurance, for AXA.

The court was required to determine the following two key issues:

In relation to both issues, AXA accepted that it bore the burden of proof.

The ‘Duty of Fair Presentation’ – a brief reminder

Section 3 (1) of the Act provides that: “Before a contract of insurance is entered into, the insured must make to the insurer a fair presentation of the risk.”

This means that a policyholder must disclose every ‘material circumstance’ which it knows or ought to know.

The Act goes on to clarify that:
“...7 (3) A circumstance is material if it would influence the judgment of a prudent insurer in determining whether to take the risk and, if so, on what terms”.

“...7 (4) (c) anything which those concerned with the class of insurance and field of activity in question would generally understand as being something that should be dealt with in a fair presentation of risks of the type in question”.

Materiality – the case law as developed before the Act remains applicable

The judge in this case concluded that the Act does not alter the law on materiality as developed by the courts before the Act came into force. This was summarised as follows:

Moral Hazard – there is no settled definition, each case depends on its own facts

The court was also required to consider whether the charges against Mr Sherwood amounted to a ‘moral hazard’ that should have been disclosed to AXA. It concluded that there is, in fact, no settled definition of moral hazard. Each case will depend on its own particular facts.
It was noted that a charge of a criminal offence will very often, but not always, be regarded as a moral hazard, such that it would amount to a material circumstance.

For example, in Reynolds v Phoenix Assurance Co [1978] 1 Lloyd’s Rep 440 Forbes J held that the non-disclosure by a policyholder of a conviction 11 years earlier of receiving two stolen tractor batteries worth £10 – 12, for which he had been fined was not a material fact.

In contrast, in North Star Shipping v Sphere Drake Insurance [2005] 2 Lloyd’s Rep. 76 the court held that underwriters were entitled to avoid policies in circumstances where there had been a failure to disclose a number of pending criminal proceedings involving allegations of dishonesty against two brothers who owned and managed the insured companies, even though these were eventually set aside or resulted in aquittals. The Court of Appeal upheld this decision.

Were the criminal charges against Mr Sherwood a ‘material circumstance’?

The court held that the charges did constitute a material circumstance and, accordingly, should have been disclosed upon the renewal of the Policy.
In reaching this conclusion, the court noted that it was necessary to consider the matter from the point of view of the reasonable insurer in the position of AXA at the time the decision would have been made, had Berkshire given full disclosure. At the material time, AXA was not aware, nor in a position to find out, whether the charges involved dishonesty or personal wrongdoing on Mr Sherwood’s part.

In relation to the expert evidence, the court discounted Mr Foley’s evidence because he had no relevant experience in the field of insurance. Instead, the court accepted the evidence of Stephen Coates for AXA. In his view, if the charges against Mr Sherwood were entirely unconnected to any allegations of personal wrongdoing there would be no moral hazard. However, the charges were material circumstances and should have been disclosed in any event, whether or not there was a moral hazard.

Inducement – always a question of fact

It is not enough to simply show that a circumstance was material. An insurer must also show that it would not have entered into the contract of insurance at all or would have done so on different terms had the material circumstance been disclosed. The judge underlined that this will always be assessed as a question of fact.

The court heard evidence from Victoria Harris, a Central Property Underwriter at AXA. When asked what she would have done had she been made aware of the charges against Mr Sherwood before the Policy was renewed she explained that she would have investigated the charges online. These enquiries would have alerted her to the fact that the charges were criminal and serious in nature and this would have been of considerable concern to her.

Had she known about the charges she was in no doubt that she would have regarded them as material and immediately declined the request for BI cover and would have wanted AXA to come off cover for the whole project. In support of her position she referred to an AXA ‘Practice Note’ on the ‘disclosure of previous insurance, financial or criminal matters’. Ms Harris explained that the effect of this Practice Note is that if criminal charges are disclosed, a risk should be declined. However, if she had been made aware that the charges did not relate to any dishonesty on Mr Sherwood’s part directly, she would have had to refer the matter upwards.

The court then heard evidence from Mr Sargant, Assistant Property Underwriting Manager at AXA, who was a co-author of the Practice Note. He had not been involved in the placing of the insurance, but the matter had been referred to him after the incident. He considered that there had been a material non-disclosure and took the decision to decline cover and to remove Berkshire from CAR cover as from renewal. He explained that if AXA had been given full details of the charges at the time of renewal they would not have agreed to renew the Policies.

The trial judge was satisfied, on the evidence, that AXA would have declined the risk if the charges had been disclosed to them. He was not persuaded by Berkshire’s argument that other factors, such as AXA’s relationship with Berkshire’s broker, would have been taken into account. If that had been a concern to AXA it would not, in his view, have taken the steps it took when it did in fact learn of the charges. 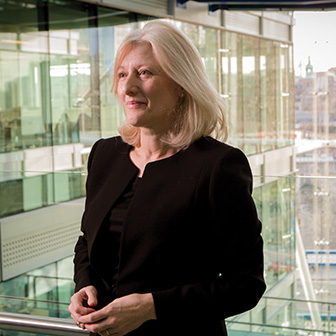