Is your OEE cover under control?

This month marked the 32nd anniversary of the devastating fire and explosion which destroyed the Piper Alpha platform in the UK sector of the North Sea. The event remains one of the largest ever offshore catastrophes, tragically claiming 167 lives.

Although the precise cause of the fire has never been determined, the public enquiry chaired by Lord Cullen accepted the Operator’s submission that the initial explosion was the result of the ignition of condensate from a pressure safety valve that was not leak tight. The valve had been removed during the day for routine maintenance, and an open condensate pipe was temporarily sealed with two blind flanges.

The temporary disc cover remained in place during shift-change in the evening as the maintenance work was not complete, but the pump was not meant to be switched on. However, as a result of a communication error, the night crew staff turned on the pump which resulted in leakage of gas condensate from the two blind flanges, subsequently causing gas ignition and a series of explosions on the platform. The resultant insurance claims totaled around £1.25bn.

Although drilling activity is currently limited, there are legitimate concerns about how well placed the oil and gas industry is to deal with significant control of well events given the restrictions and effects of the coronavirus pandemic.

For example, in May of this year, the workover rig Grace-1 HWU caught fire during re-entry operations on the Ororo-1 well, offshore Nigeria1. It has been suggested that due to COVID-19 travel restrictions, there were significant delays in the mobilization of the appointed control of well experts. Similarly, following an onshore blowout in Assam, India on 27 May 2020, it took around two weeks for well control experts to gain access to the site, by which time the well had caught fire. Sadly, two firefighters lost their lives2.

There are also reasons to believe that major incidents might be more likely to occur, particularly as and when drilling activity picks up. Firstly, it has recently been reported that oil and gas companies fear that as many as 30,000 jobs will be lost in the UK North Sea as a result of the collapse of demand for oil.3 That trend will likely be replicated across the globe. If jobs, specifically those relating to safety are not replaced, it is not difficult to envisage a communication error, just like the one which precipitated the Piper Alpha disaster, happening again with serious consequences.

Furthermore, there are currently around 1,000 less rigs in service worldwide compared to this time last year4. If those rigs are not properly maintained during layup, which is a distinct possibility given budget and staff cuts, there could be severe ramifications when they return to service.

What does all of this mean for control of well insurers? Simply put, claims may well become increasingly difficult to manage, particularly in terms of ensuring that experts are able to access sites and bring blowouts under control. This will not only mean that more time is required to manage claims, but also that the quantum and frequency of incidents may increase.

Most OEE policies are still written under the EED 8/86 policy form. Given the issues highlighted above, underwriters should give careful consideration to provisions regarding the definition of a when a well is ‘Brought under Control’, Due Diligence, Warranties and Expenses (specifically those relating to well control specialists) in order to ensure that they are not covering more than they bargained for. 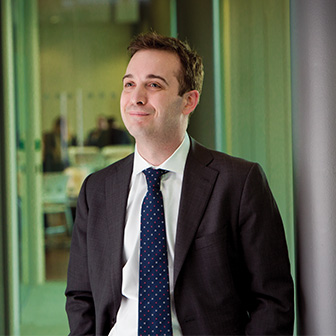