Earlier this month, the Court of Appeal handed down its much-awaited decision in Municipio de Mariana -v- BHP.

This was an appeal by over 200,000 Brazilian claimants seeking to overturn the High Court's dismissal of £5bn group claims against BHP (England and Australia), in relation to damage arising from the 2015 Fundao dam collapse and worst environmental disaster in Brazil's history.  The cases are now able to proceed in the English courts against BHP England and BHP Australia (causes of action under Brazilian law, including strict liability as an indirect polluter and fault based civil liability).

The Fundao dam was owned and operated by a Brazilian company, Samarco Mineracao SA (Samarco), jointly owned by Vale S.A. and BHP Brazil.  BHP Brazil is a subsidiary company of BHP England and BHP Australia.

The Fundao dam collapse affected two states: Minas Gerais and Espirito Santo.  The categories of claimants seeking redress are extremely broad and indicative of the scale of the disaster and those affected.  Damages claimed include by families of persons killed by the dam collapse and by individuals for physical and psychological injury, property damage, relocation costs, loss of earnings, loss of water and electricity supply and interference with use and enjoyment of the River Doce and surrounding land.

There are various businesses claiming for damage or destruction of property and repairs/ replacement, loss of profits, costs of relocating, clean-up costs, costs of sourcing water and loss of business opportunities/ damage to reputation.  Municipalities are also seeking redress damage to the environment, its property, quality of life and increased expenditure.  Utility companies seek damages for the expenses of treating toxic mud, expenses and loss of revenue.  There are also faith-based institutions seeking redress for damage to property, chattels (including paintings, sculptures, books and records).

The claims were filed in the High Court in 2018.  The defendants brought applications for the claims to be stayed on the grounds that Brazil was a more appropriate and available forum and there was a risk of irreconcilable judgments, due to ongoing proceedings in Brazil.  They also sought strike-out/ stay of the claims as an abuse of process, on the basis they were "pointless, wasteful and duplicative" of the Brazilian proceedings already afoot.

In 2020, the High Court granted BHP's application and struck out/ stayed the claims, finding that they were an abuse of process due to the "risk of irreconcilable judgments" and "cross-contamination" with parallel proceedings in Brazil and forum non conveniens grounds.  The trial judge referred to "unmanageability" of the litigation and "chaos" if the claims were allowed to proceed.

The Court of Appeal's judgment

The Court of Appeal unanimously allowed the appeal by the Brazilian claimants and dismissed the defendants' applications for stay/ strike-out of the proceedings.  The judgment of some 107 pages includes detailed analysis of the Brazilian litigation and compensation schemes, the criteria for abuse of process, forum non conveniens and the scope of group litigation orders in the English courts.  This included consideration of the various "Ação Civil Pública" (“CPA”) proceedings (a form of class action) and individual civil claims.

The court did not consider that permitting proceedings in the English courts against BHP England and BHP Brazil would constitute an abuse of process.  Unmanageability (due to duplicative proceedings in Brazil) was not a ground for strike-out and there was a "real and legitimate advantage for the claimants such as to outweigh the disadvantages for the parties in terms of expense and the wider public interest in terms of court resources".  Moreover, the overlap between claims/ damages sought or recoverable in the Brazilian proceedings and the English group litigation, was likely to be limited.

The court also recognised that the Brazilian CPAs (particularly the 155bn CPA) could take up to ten years to reach a final resolution.  The defendants' forum/ jurisdictional applications had already delayed the progression of the claims significantly and to grant a stay would "cause very substantial prejudice to the claimants in obtaining relief".  There was also considerable uncertainty that the 155bn CPA would resume at all and even if it did, it may not address all of the claims in the original complaint or the liability of the Brazilian companies.  The court also recognised the limited availability of legal aid and the considerable delays which they would likely face in the Brazil courts.

As regards the Renova compensation scheme, the court noted that the "potential inadequacy of the redress which has been achieved in the meantime is supported by the sums which have been spent to date."  The court compared the R$19.5bn spent to date through Renova against the estimated figure of R$155bn required for full redress. Although merely an estimate, the court believed "if it is even approximately accurate, he extent of redress achieved to date, over 6 years after the catastrophe, is a relatively small fraction of what is required.".

The court noted that one of the Brazilian judges had found the Renova process to be slow, negligent, bureaucratic and ineffective.  The court also noted that Renova's ability to make full compensation payment to all victims, was ultimately contingent on funding by BHP Brazil and Vale (together the Samarco joint venture), which did not currently have an unlimited funding obligation.  In addition, the scope of the Transaction and Conduct Adjustment Term (“TTAC”) (which gave rise to the Renova funding arrangement) excludes monetary redress for 58 of the claimants (which are 13 large business, 25 municipalities, 15 churches and 5 utilities companies ("the 58"). The TTAC also defines impacted parties who are to benefit from it and lists specific categories of recoverable loss.  Moral damages are arguably excluded from the list.

What does this decision mean for future claims?

Environmental group claims against multinationals in respect of foreign operations is an ever-expanding area of litigation in the English courts.  Parent company control over group-wide policies and measures (particularly where environmental risks are concerned) has been increasingly in the spotlight.  Vedanta2 and Okpabi3  demonstrated that the courts are mindful of access to justice and ensuring the claimants are able to seek redress where there is a reasonable prospect of establishing parent company control.

Mariana-v-BHP goes further than this.  Even where there are parallel proceedings and a compensation scheme established in another forum (which has more connection with the underlying events), the court will consider factors such as timescales for resolution, prospects of adequate redress for all claimants/ heads of damage claimed and whether, in reality, the other forum offers sufficient access to justice.

Moreover, the Court of Appeal highlighted the capability, capacity and procedure available under English law for group claims and the track record for those brought in an environmental context, in particular.  We can therefore expect further litigation against multinationals in relation to foreign operations, particularly in the context of climate risk and other environmental exposures. 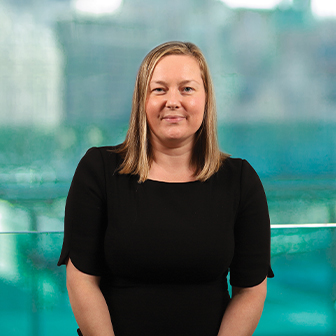