A round-up of some of the recent stories making the news.

Delve into the full update:

At the beginning of August, Public Health England announced that a sixth person had died after eating pre-packaged sandwiches and salads linked to a listeria outbreak. The Food Standards Agency is leading a multi-disciplinary investigation into the food supply chain to identify the source of the listeria strain.

Listeria is a bacterium which causes listeriosis, a type of food poisoning. Symptoms are usually mild and go away on their own after a few days. However, when listeriosis infects someone whose immune system is already compromised it can cause damage to organs, spread to the brain or bloodstream and in some cases be fatal.

The company which produced the pre-packaged sandwiches, The Good Food Chain, had supplied food to 43 different NHS Trusts. It voluntarily ceased production.

Nine patients were affected, including the six who died.

So far the investigations have revealed that the company was supplied with meat by North Country Cooked Meats. A test of that company produced a positive test result for the outbreak strain of listeria. The company also voluntarily stopped production, as did North Country Quality Foods, its distributor company.

In 2018 a US court awarded $289m in damages to a plaintiff alleged to have developed non-Hodgkin Lymphoma (NHL) as a result of prolonged exposure to a glyphosate-based weed-killer produced by Monsanto.

The decision has since been appealed by Monsanto and the court has yet to review the case. However, similar cases have emerged since in the US courts.

Glyphosate is the active ingredient in many weed-killers and herbicides used in agriculture on crops to desiccate and thus make them easier to harvest. According to a 2017 study of government data by Oxford Economics, 5.4 million acres of farmland across the UK are treated with glyphosate annually.

At this stage it is hard to predict whether the rulings in the US will have any consequences in the UK where glyphosate is widely used in agriculture.

In April 2019, some UK Local Authorities began to explore non-chemical alternatives to weedkillers containing glyphosate. Councils have also said they are expecting further guidance from the government given the widespread use of chemical weed-killers.

In 2015 the French-based International Agency for Research on Cancer concluded that glyphosate is a “probable human carcinogen”. The study was followed in 2016 by a report published by the World Health Organisation which stated that whilst there is some evidence of a link between glyphosate exposure and the risk of developing NHL in humans, this is unlikely to pose a carcinogenic risk to humans from exposure through the diet.

Whilst some European member-states opposed the relicensing of glyphosate, in 2017 the European Safety Authority concluded that the chemical is unlikely to pose a carcinogenic hazard to humans. The licence has now been renewed until 2022.

The jetliners have been identified as presenting with an issue with the so-called angle-of-attack sensor. In limited circumstances the sensor can provide false readings that cause the 737 Max to pitch nose downward. Investigations have raised questions as to how crew were trained to use the relevant software in the aircraft.

If Boeing is found to be responsible for the crashes, it will face substantial damages claims from the families of passengers killed in the crashes. Claims would focus on the extent to which Boeing were on notice of the potential danger.

In addition, commercial airlines may sue Boeing for revenue lost as a result of having to ground the aircraft until investigations into the reasons for the crashes have been fully completed. There have been reports of compensation claims made by three Chinese airlines against Boeing over the grounding of the 737 Max fleet. At the same time, airlines like TUI and Ryanair have reported a fall in profits following the grounding of the aircraft.

Finally, airlines that purchased the new Boeing 737 Max may face challenges to their approach to safety and risk assessment with crew training and maintenance of the aircraft.

In July, Allergan Plc announced a worldwide recall of its BIOCELL textured implants following an investigation by the US Food and Drug Administration (FDA) into a link between this type of implant and an increase into a rare type of blood cancer, known as breast implant associated anaplastic large cell lymphoma (BIA-ALCL).

The recall follows a decision by Allergan to take these implants off the Canadian and European markets last year.

The BIOCELL implants have a sandpaper-type of texture which means that are less likely to move around when inserted into the breast.

The FDA analysed 573 cases of BIA-ALCL worldwide, 33 of which involved patient deaths. Of the cases assessed, 481 of the patients were reported to have had Allergan breast implants at the time they were diagnosed.

The recent recall decision by Allergan may lead to a new wave of claims by patients who have been advised to use these implants, especially in Europe where they had a spur in popularity. In the UK, claimant lawyers Leigh Day have recently reported sending letters of claim on behalf of a number of patients, seeking damages from the manufacturer and clinics which supplied the implants. 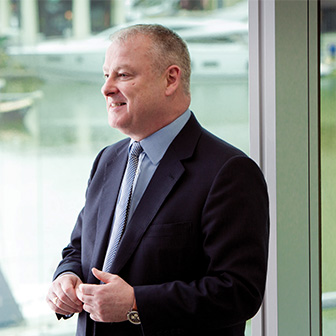 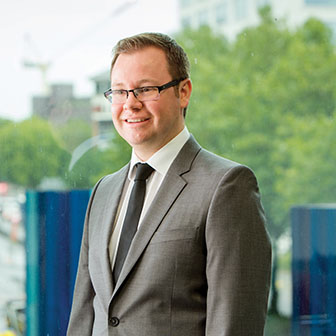