In this chapter of our Annual Insurance Review 2020, we look at the main developments in 2019 and expected issues in 2020 for energy.

In our last Annual Insurance Review, we predicted that divestment from the coal industry would remain a pertinent issue in 2019. The strategic shift away from underwriting coal-generated energy has indeed been one of the major trends of the past year, with insurers looking to more sustainable alternatives.

In July, Chubb announced that it would no longer sell new insurance policies, or invest in businesses which generate more than 30% of their revenue from coal-mining or coal-fired electricity. The announcement also stated that Chubb would gradually phase out existing investments and policies by 2022. Similar plans for divestment have been announced by other insurers including the Uniqa Group, Mapfre and QBE.

The majority of insurers that have announced divestment plans to date have been headquartered in mainland Europe. However, Chubb's announcement is particularly significant because they are the largest provider of commercial insurance to the US market. Indeed, in the past year we have seen increased pressure placed on US-based insurers. Organisations such as Unfriend Coal publish lists comparing the steps taken by insurers and there has been a considerable level of interest from the press, as well as engagement from institutional investors.

As a result of this shift, insurers have been looking to refocus their search for premium in other parts of the energy market. One of the main beneficiaries of this trend has been the renewable energy market. With insurers keen to burnish their green credentials, there has been an abundance of capacity and rates have, so far, remained low.

In circumstances where the underwriting of coal powered assets is increasingly being eschewed, insurers are looking for alternative sources of premium income. A look to the future of renewable energy insurance provides an indication of where some of this capacity might be headed.

The global supply of solar, wind and hydro power has been growing faster than expected, and renewable sources now generate more energy than their traditional fossil fuel counterparts. Renewable energy output is projected to grow by 50% within the next five years. This boom is partially a result of the increasing affordability of renewable power sources, almost all of which are now on par with oil, coal and gas.

Whilst limits, and therefore premiums, on renewables projects tend to be smaller than those on conventional power stations, the number of sites is quickly increasing. Despite high capacity in the market, we understand that insurers are beginning to have some success with modest rate increases and restrictions of cover, and that this could continue this year. This will be important for insurer profits, given that claims on renewables projects have also been increasing.

The types of claims that are particularly prevalent in renewables often relate to defective design and damage caused to structures by extreme weather conditions. One of the challenges for underwriters to contend with in 2020 is the speed at which new technologies are developed (for example larger wind turbines) and how these changes can affect the risk profile of the project. 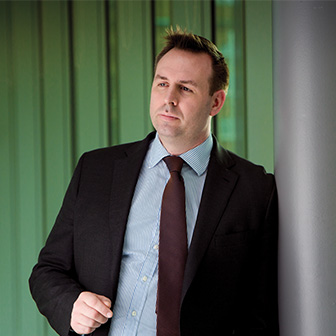