In this chapter of our Annual Insurance Review 2020, we look at the main developments in 2019 and expected issues in 2020 for international arbitration.

Technology in motion! As this is being written, the case of Halliburton v Chubb Insurance is being argued and aired via livestream direct from the Supreme Court where the Court is hearing submissions on whether and when an arbitrator should disclose multiple appointments. Watching by livestream in itself is an example of how the courts are adapting to and embracing technology. No longer do we have to queue to have our pockets turned out and our bags security checked to gain access as an observer to a hearing before the Supreme Court. It's all there at the flick of your mouse on the screen of your personal computer.

So what was the case about and why was it important to the insurance industry, and, perhaps more widely, as it affects London as a centre for international arbitration? It is all to do with the extent to which an arbitrator accepting multiple appointments gives rise to an appearance of bias on the part of the arbitrator and whether disclosure should be made in such circumstances.

The case itself arose out of the Deepwater Horizon incident. The court-appointed arbitrator accepted two appointments as Chubb's party-appointed arbitrator in relation to two policy coverage disputes. This was not disclosed to Halliburton. The scope of a duty of disclosure is controversial from a variety of standpoints. Multiple appointments are a feature of, for example, London Maritime Arbitration Association and commodity arbitrations.

There is a view that in an age of transparency, there is a need for more rigorous disclosure so as to preserve the integrity of the process which may deter overseas parties from selecting London as the seat for their arbitrations. This in turn may affect the approach to dispute resolution in international insurance and reinsurance policies. We now await what stance the Supreme Court will take on all of this. But, as a side comment, there is little likelihood of watching a commercial arbitration publicly by livestream, as confidentiality remains the major selling point for arbitration as an effective means of dispute resolution.

Diversity and "green awareness" are themes which are likely to dominate discussion about arbitration. There is a justified view that arbitrators are still of the "pale, male and stale" brigade. More needs to be done to improve the diversity of arbitral panels from different points of view – gender, ethnicity, race, religion as well as social background. At a time when diversity is increasingly an issue for the insurance market, so too does it have an impact on the selection of arbitrators; there are many diverse candidates available for selection, and yet we continue to see the widespread selection of male QC's and judges as arbitrators in insurance and reinsurance disputes.

As for "green awareness", the number of trees felled for the purposes of a major arbitration is mind boggling. Research is being conducted into this, and encouragement is being given to ways of reducing the carbon footprint of arbitration by the use of technology and more hearings by video link thereby reducing the need for both national and international travel. But it is the little things that count: abolishing the use of paper cups for coffee during a hearing might well be a good start. 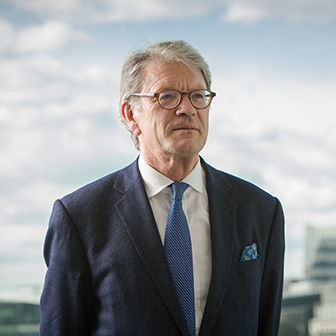