In this chapter of our Annual Insurance Review 2020, we look at the main developments in 2019 and expected issues in 2020 for media.

At first instance, the court found that s1(1) required claimants to prove on the balance of probabilities that a statement had caused or was likely to cause serious harm in order to establish defamation, meaning that the 2013 Act had effectively abolished the common law presumption of damage in libel. This was reversed by the Court of Appeal which instead found the threshold for serious harm had merely been raised by the 2013 Act from "substantial" to "serious", but the common law presumption remained intact.

The Supreme Court reversed the decision again (and for the last time) back in favour of defendants to defamation actions. It established that the question of whether or not a statement is defamatory is no longer established solely by reference to the meaning of the words and their tendency to damage the claimant's reputation. However, it remains open to the court to infer serious harm taking account of the circumstances of the case, including (but not limited to) the meaning of the words, the extent of publication, and the likelihood of the publication reaching people known to the claimant.

The upshot: claimants remain entitled to invite the court to infer serious harm with reference to the particular circumstances of the case. However, it is now much riskier to rely on inference. We are likely to see less defamation actions being brought in the absence of actual evidence demonstrating the extent of harm caused to reputation.

In March 2020 the Court of Appeal will hear the appeal of ZXC v Bloomberg. The case concerns an article published by Bloomberg about an investigation into the Claimant relating to fraud, bribery and corruption allegations. Significantly, no charges had been made against the Claimant at the time of publication.

At first instance it was found that publication of the article amounted to a misuse of the Claimant's private information. Damages and an injunction were awarded.

Permission to appeal was granted by the Court of Appeal on 20 June 2019. Bloomberg have been allowed to appeal on nine out of ten grounds including, importantly, a challenge to the judge's finding that there is a general rule that individuals under criminal investigations have a reasonable expectation of privacy in information relating to the investigation up to the point of charge. Bloomberg is also appealing the court's consideration of confidentiality in its assessment of the Claimant's privacy claim, as well as its ruling that the admittedly high public interest in the allegations of corruption had only an indirect bearing on the case. 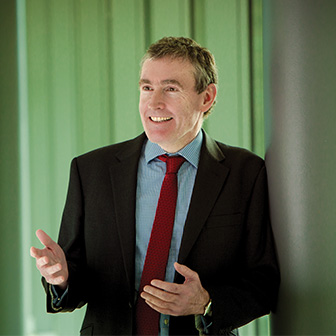