In this chapter of our Annual Insurance Review 2020, we look at the main developments in 2019 and expected issues in 2020 in the US.

Advancing technology and the gig economy continues to transform the United States insurance industry. On the underwriting side, substantial focus continues on artificial intelligence and predicative analysis. The industry continues to grapple with emerging risks on the technology side from cyber and data breach claims, privacy challenges, and cryptocurrency. Numerous coverage claims are being asserted for data breaches under traditional general liability policies, with many decisions involving issues and analysis presented under coverage B (personal and advertising injury). Several coverage decisions have been rendered under business and crimes policies involving social engineering scams, in which fraudsters attempt to trick or induce employees to take action that compromise corporate security or finance. States continue to adopt privacy regulations. The California Consumer Privacy Act, California’s GDPR, was adopted in 2019.

One of the more notable climate change decisions was the ruling by a New York trial court at year-end clearing Exxon Mobil Corp. of accusations that it deceived investors about climate change-related risks to its business. The court ruled the New York attorney general did not prove that Exxon Mobil made any material misstatements or omissions about its practices that misled any reasonable investor, which is a required element under New York’s securities law.

The opioid epidemic continues to result in numerous suits brought by states, political subdivisions, third-party payors, hospitals and individuals against pharmaceutical manufacturers, distributors and others seeking a variety of damages allegedly resulting from the diversion and misuse of prescription opioids such as hydrocodone and OxyContin. Multiple million-dollar settlements have been reached, with hundreds of cases pending (most consolidated in federal court in Ohio).  Earlier this year, a verdict in excess of $572 million was rendered in an Oklahoma case and several state attorneys general entered into a $48 billion settlement with five major drug manufacturers and health plans. Some predict overall losses may reach $1 trillion.

Previously coverage decisions have addressed the duty to defend. This fall, a federal court in Illinois ruled an insurer was required to indemnify a drug company for a $3.5 million settlement it reached with the State of West Virginia. The settlement resolved an action in which West Virginia alleged that the drug company contributed to the state’s opioid addiction epidemic through its negligent distribution of opioid prescription drugs.

Talc litigation continues, with thousands of cases pending against a much more limited universe of defendants. The multi district litigation focused on expert testimony and causation issues. The most interesting development concerned reports that a talc manufacturer knew its talc contained asbestos. A talc mine company filed for bankruptcy court protection. The New Jersey state court handling the insurance coverage dispute over Johnson & Johnson talc claims stayed the action until early 2020.

The public nuisance liability theory failed in lead paint litigation across the U.S. for years until ten California cities and counties scored a $1.15 billion abatement award in California, later reduced to $409 million. Resulting coverage litigation is pending in California, New York, and Ohio.

Sports-related concussion litigation ratcheted up with an Illinois federal court a $75 million settlement of the medical monitoring claims against the National Collegiate Athletic Association.  A coverage action is pending before a state court in Indiana.

Allocation of losses continues to be an issue driving long-tail coverage claims in the U.S. Most states have applied a pro rata approach over the inferior “all sums” approach for allocation of continuing or progressive injuries or damages among multiple periods.  In most pro-rata jurisdictions, policyholders are responsible for damages during periods of no insurance, regardless of whether insurance was available for purchase in the market. A notable exception is in Connecticut where the Supreme Court of Connecticut reaffirmed a ruling that a policyholder is not responsible for a pro rata share of costs for any period during which it was uninsured.

The headlines of sex scandals and public figures attempting to cover up claims of sexual misconduct gave rise of the #MeToo Movement. This development has cultivated a contempt for a corporate culture of silence and secrecy surrounding sexual misconduct. As a result, nondisclosure agreements have been under siege both at the federal and state level with many jurisdictions limiting enforcement or rending nondisclosure agreements unenforceable altogether in this context.

Most states now have extended or eliminated statute of limitation periods on criminal and civil sexual abuse cases, with laws taking effect in more than 20 states in 2019. The result has been a marked increase in sexual abuse claims and cases.

Cyber and technology-related claims will continue to flourish.  The year ahead promises to produce court rulings under cyber-related policies and additional product offerings to address technology-related risks and emerging gig economy issues.

The American Law Institute’s Restatement of the Law – Liability Insurance was adopted last year.  It is not controlling authority but has been – as predicted – cited by policyholders and courts alike.  This document actually is a policyholder advocacy document that misstates the law on numerous issues. Policyholders will continue to use this document to advocate pro policyholder positions, particularly on principles not well-developed in a given state. Insurers must develop an effective strategy to combat policyholder efforts.

On the first-party side, although the number of named storms was less than in the prior year, hurricane-related claims and coverage activity will continue at a high level.

In Florida – which boasts a high volume of constructive defect litigation – insurers may be benefitted by legislative enactments aimed at curving assignment of benefits abuses and permitting contribution claims among insurers for defence. 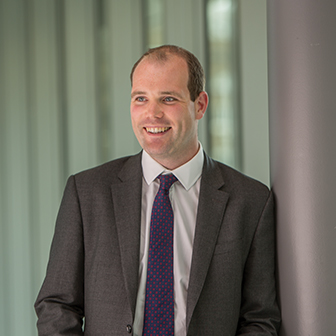 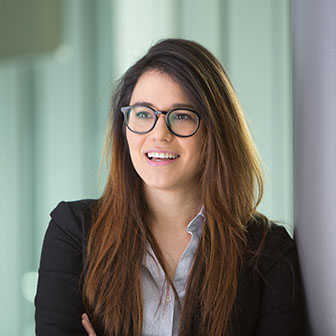