In this chapter of our Annual Insurance Review 2020, we look at the main developments in 2019 and expected issues in 2020 for general liability.

The calculation of a lump sum for future financial loss includes applying a discount rate which represents the rate of return that Claimants are expected to earn when investing it. The discount rate is intended to ensure that the opportunity to invest does not result in either over or under compensation, and assumes risk-averse investment.

Last year we anticipated implementation in 2019 of a new discount rate applicable to future losses.

When the result of the further review arrived, it did so in an unexpected way. With effect from 5 August 2019 the discount rate was increased from the existing rate of minus 0.75% to minus 0.25% for England and Wales. However, on 27 September 2019 the Scottish Government Actuary announced that the discount rate in Scotland will remain unchanged at minus 0.75%.

The difference arises because the analysis used by the Scottish Government Actuary Department is based upon different investment and risk assumptions to those used when setting the rate in England and Wales.

The current actuary report for England and Wales envisages the possibility of more than one rate in the future, determined for example by the length of time of the anticipated loss. The Court also has an inherent power to apply different interest rates on a case by case basis.

However, we consider this further development to be unlikely because it would introduce unwanted further complexity and uncertainty into calculation of future loss. Since 2001 no Court is thought to have departed from the standard rate.

Assuming that the result of the December general election or continuing uncertainty over Brexit does not derail the whole process, the proposed increase to the small claims limit for injury casualty claims to £2,000 and increase for road traffic injury claims (other than pedestrians, cyclists, motorcyclists and horse riders) to £5,000 is expected to take place in April 2020.

At the same time claimants will be able to make a claim with insurers through an on-line portal. There will be a tariff for whiplash injury claims with a value of up to £2,000 and it will be mandatory to obtain a medical report before injury claims are settled.

One of the consequences of the proposed increases to the small claims limit could be the use of Damages Based Agreements, which make a Claimant liable to pay his legal fees only if the claim is successful. Such agreements have been permitted since 1 April 2013 but have not been popular, and Claimants have preferred to use Conditional fee Agreements.

Proposals for potential reform to the Damages-Based Agreements Regulations 2013 have been with the Ministry of Justice for several months. One of the obstacles to developing the use of the Agreements appears to have been the absence of a uniform model Damages Based Agreement, but the existing Regulations are considered to be flawed.  The anticipated increases to the small claims limit and the potential extension of fixed costs for claims other than personal injury might expedite the creation of a model agreement so that Damages Based Agreements are more widely used. 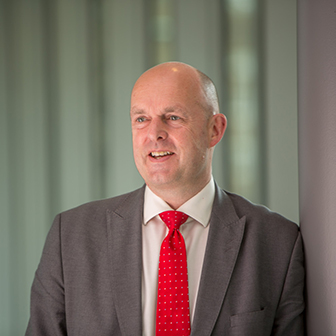 Head of Health and Safety