In this chapter of our Annual Insurance Review 2020, we look at the main developments in 2019 and expected issues in 2020 in Latin America.

Latin America is a region which regularly experiences natural disasters and 2019 was no exception. In May an earthquake in Peru reached 8.0 on the Richter scale. However, the intermediate depth of the earthquake meant that it caused less damage than one of the same strength in 2007. At several points throughout the year, heavy rainfall in Colombia, Nicaragua, Mexico and Chile triggered floods and landslides, causing widespread property damage.

The Amazon's dry season saw an 84% increase in wildfires when compared with the previous year. Some of the fires were started by logging companies and some were as a result of "slash and burn"– whereby farmers cut down and set fire to trees to make space for livestock and crops. Jair Bolsonaro, the president of Brazil, was criticised for failing to acknowledge and address these issues.

2019 also brought greater political instability in the region. Ecuador's president Lenín Moreno faced considerable backlash after cutting fuel subsidies. Bolivia's president Evo Morales fled the country, citing a "coup" after he was accused of rigging ballots during the election. Chile meanwhile saw its worst violence in decades, as thousands took to the street and clashed with police in response to an increase in metro fares. Despite a government U-turn on the policy, Chile's protests have since developed into a broader movement fuelled by discontent with the government.

The property damage associated with these events comes within the context of a market where there is still a considerable insurance gap. Despite an increase in incomes in the region, and competitive insurance rates, many are still unable to afford insurance premiums or do not consider insurance necessary.

Given the ongoing political unrest in Chile and elsewhere in Latin America, 2020 is likely to be a year in which insurers have to consider policy coverage for damage caused by political violence.

All Risks Property Insurance policies often contain an exclusion for terrorism. Difficulties can arise where "terrorism" (and / or other elements of political violence) are not clearly defined. Uncertainty around interpretation can lead to increased litigation risk in Latin American jurisdictions where there is little insurance law and where judges may be inexperienced or subject to outside influence.

Applying a terrorism exclusion can also entail other challenges. Insurers must establish that individuals or groups who inflicted property damage did so with a particular motivation (e.g political, ideological or religious). It may be hard for an insurer to demonstrate that protestors looted a shop or caused damage to a building for a specific reason (other than their own gain). Whilst terrorism exclusion wordings often purport to impose a reverse burden of proof, it is questionable whether this part of the exclusion would be upheld by the courts in Latin America.

Insurers may also consider the use of a terrorism and / or political violence exclusion unattractive. However, insurers should bear in mind that in choosing not to apply the exclusion, they could create a precedent. Once Business Interruption or Delay in Start-up losses have been quantified the option to apply the terrorism and / or political violence exclusion could become even more valuable. 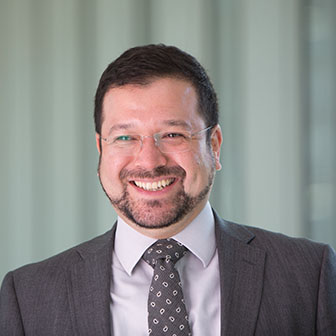