Christian Louboutin has been in and out of courts all over the world in the last few years over his iconic red-soled shoes. In the latest instalment of his litigation adventures, the Court of Justice of the European Union ("CJEU") has given a preliminary ruling on the interpretation of Article 3 of Directive 2008/95/EC ("Trade Mark Directive"), which covers grounds for refusal or invalidity of signs in respect of their shape. But does this ruling really take us anywhere?

In May 2013, Christian Louboutin brought proceedings in the District Court in The Hague against a retailer called Van Haren, who had been selling women's high-heeled shoes with red soles in the Netherlands, where Louboutin has the following trade mark registered: 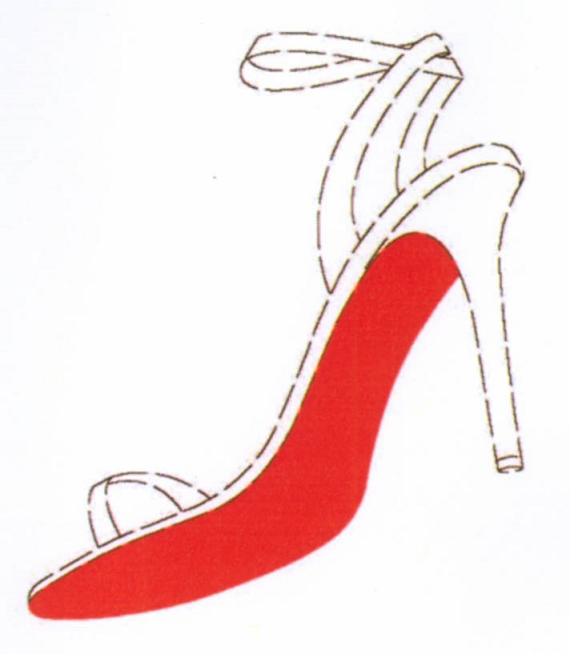 This sign is for high-heeled women's shoes (other than orthopaedic shoes) with the colour red (Pantone 18-1663TP) applied to the sole.  In the application for the registration, it was made clear that 'the contour of the shoes is not part of the trade mark but is intended to show the positioning of the mark'.

Louboutin's claim was upheld, but Van Haren challenged the judgment on the grounds of invalidity, citing the provisions from the Benelux Convention that mirror Article 3 of the Trade Mark Directive.  After some exchanges of submissions and evidence, the District Court in The Hague stayed the proceedings and referred the following question to the CJEU:

The core issue at the heart of this referral was the interpretation of Article 3 of the Trade Mark Directive.  This states the following:

1.      The following shall not be registered or, if registered, shall be liable to be declared invalid:

e)      signs which consist exclusively of:

i)      the shape which results from the nature of the goods themselves;

ii)      the shape of goods which is necessary to obtain a technical result;

iii)      the shape which gives substantial value to the goods.

In the context of the dispute between Louboutin and Van Haren, it was the final limb of this Article that was most pertinent, i.e. whether a red sole falls within the scope of meaning of a 'shape which gives substantial value to the goods'.  If the answer was yes, Louboutin's sign would be vulnerable to attack on the grounds of invalidity.  Significantly, the Trade Mark Directive itself provides no definition (conceptual or otherwise) of the meaning of the word 'shape'.

The CJEU ruled that a sign such as Louboutin's did not fall within the meaning of the word 'shape' under Article 3.  In reaching this conclusion, they made three key points:

This could well be considered to be a landmark ruling in terms of the potential for enhanced protection available for rights holders, and certainly the effect on the overall commercial market would be huge if there were a sudden rush of brands filing marks for the colour associated with their most iconic product.  However, Article 3(1)(e)(iii) will be replaced by Article 4(1)(e)(iii) of Directive 2015/2436 on 15 January 2019.  In the replacement provision, the shape exclusions are expanded in order to apply to 'the shape, or another characteristic, which gives substantial value to the goods' (emphasis added).

Christian Louboutin's iconic red sole seems like it could be a perfect example of this 'or another characteristic'.  As a result, it is almost certain that this ruling and the issues it raises will need to be revisited next year in order to assess the true picture of how features like Christian Louboutin's red soles can or can't be protected under trade mark law.