House of Fraser held to account by Jack Wills

07 June 2016. Published by Jeremy Drew, Head of TMT and Georgia Davis, Of Counsel

In the final chapter to the successful trade mark infringement proceedings brought by Jack Wills Ltd against House of Fraser , the High Court has undertaken an assessment of the profits that the defendant retailer has to pay Jack Wills.

The Claimant, Jack Wills Ltd, was founded in Devon in 1999 and is a leading clothing retailer selling its own brand of British heritage-inspired casual clothing targeted at 16-24 year olds (although it sells to consumers outside of this bracket).

Jack Wills uses a logo consisting of a silhouette of a pheasant with a top hat and cane (referred to as "Mr Wills") which is embroidered onto many of its items of clothing in a variety of colours. The black and white version of the logo (which was registered both as a UK and Community trade mark) is displayed below on the left: 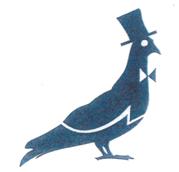 The Defendant, House of Fraser (Stores) Ltd, operates a chain of department stores across the UK. In addition to offering a variety of well-known clothing brands, it also sells its own range of clothing and housewares under the brand name "Linea".  From November 2011, House of Fraser introduced a logo consisting of a silhouette of a pigeon with a bow tie and top hat on a selection of its "Linea" menswear garments – a representation of which can be found above on the right.

In October 2012, Jack Wills discovered the sale of the "Linea" menswear garments displaying the pigeon logo and commenced proceedings for trade mark infringement and passing off against House of Fraser the following month.

In January 2014, the High Court concluded that Jack Wills' logo had been infringed by House of Fraser's pigeon logo. The judge concluded that there was a likelihood of confusion between the two logos due to a number of factors; including the distinctive character of the "Mr Wills" logo and the conceptual similarity of the marks. Following the decision, Jack Wills applied for an account of profits.

The parties agreed that House of Fraser had used the pigeon logo on its "Linea" products from November 2011 until March 2013 and that the gross profit from sales of those products was £591,532.  Jack Wills argued that it was entitled to all of the profits from the sales.  However, HHJ Pelling QC, who was sitting as a High Court judge, held that Jack Wills was entitled to 41% of the net profits from House of Fraser.

Principles to be applied

The judge noted two general principles that needed to be balanced against Jack Wills' claim, namely that: