No loss of confidence – establishing causation in confidential information claims

This case is an interesting example of a claim for breach of confidence (both in contract and in equity) where, although liability was established, only nominal damages (£1) were awarded to the Claimant.

It illustrates the importance of a Claimant properly valuing its claim and establishing the causal link between the breach committed by a defendant and the loss suffered.

The case was brought by Richmond (a company specialising in the design and conduct of pharmaceutical clinical trials for drug development) for damages or equitable compensation against Chester and two Levine brothers, for whom the share capital of Chester was held in trust (the Levines).

Chester owned 44% of Richmond's share capital, with three doctors who founded the company (the Founders) owning the remaining 56%. In addition, the Levines were directors of Richmond (as representatives of Chester). The Levines were therefore entitled to receive detailed information about Richmond's business, including accounting information.

Under Richmond's shareholder agreement (the Shareholder Agreement) Chester was required to keep company information confidential except in certain specified circumstances, including (i) where approved by the Board; (ii) where disclosure might be required to vest the full benefit of the Shareholder Agreement in any other party to the agreement; (iii) when required to comply with certain legal or regulatory obligations; or (iv) when necessary to disclose information to their professional advisers.

Events giving rise to the alleged breach of confidence

In 2009, Chester (represented by the Levines) tried to sell its shares in Richmond, and instructed New World Corporate Finance Ltd (NWCF) to provide corporate financial assistance and advice on the matter. The Levines provided business information about Richmond to NWCF, who then used that information to market the sale of shares to potential purchasers.

Richmond complained that in marketing the shares to third parties (who could have included potential clients and competitors), confidential information was disclosed, and the impression was erroneously given to the market that all issued shares in Richmond were for sale, and that therefore the founding members of the company were leaving.

It was argued that this gave the false impression that the business was in trouble which in turn caused a reduction in Richmond's business, turnover and profits. Damages or equitable compensation was estimated by the Claimant to amount to over £4 million.

There was an agreed list of issues for the deputy High Court judge (Stephen Jourdan QC) to decide upon, which included: (i) what duties were owed by Chester/the Levines to Richmond; (ii) whether Chester/the Levines were entitled to disclose information for the purpose of selling their shares; (iii) what information was passed to NWCT and to third parties, and whether those actions were permitted under the Shareholder Agreement; and (iv) whether the disclosure of information caused a reduction in Richmond's business and therefore a resulting loss.

The obligation of confidence

There was an obligation under the Shareholders Agreement to "keep information confidential". Chester argued that this could not be intended to impose a complete restriction on the sharing of information, because to do so would in practice prevent it from selling its shares without the consent of the Founders. Chester's position was that the Shareholder Agreement should be interpreted to mean that the information could be shared provided it was communicated so as to impose an obligation of confidence upon the recipient.

The Judge did not accept this argument. He found that the ordinary meaning of an obligation to treat information as confidential should simply be that it may not be disclosed to anyone else.

Accordingly, Chester owed a contractual duty to Richmond not to disclose to third parties any commercially sensitive information relating to the affairs of Richmond received or obtained as a result of its position as shareholder or the Levines' position as directors, unless that disclosure fell within one of the narrow exceptions listed in the Shareholders Agreement.

Further, the Levines were also under statutory and common law duties as directors to promote the success of the company for the benefit of its members as a whole and to act with reasonable care, skill and diligence.

The disclosure of information to NWCF was found to fall within the permitted disclosures listed in the Shareholder Agreement; that is, the Levines were entitled to share information with NWCF as their professional advisors.

There were found to be several different levels of disclosure to third party potential purchasers. Initial enquiries to ascertain interest were found to have been made on a "no-names" basis, so Richmond's identify was not disclosed. This level of disclosure of information did not amount to a breach of confidence.

However, once specifics about the Richmond business were disclosed in order to try and entice a sale, or the impression was given by NWCF that all the shares in the company were potentially for sale if the price was right, this did amount to a breach of confidence (in contract) by Chester, and an equitable breach of confidence by the Levines.

Chester and the Levines were found to be liable to Richmond for any reasonably foreseeable loss suffered as a result.

Richmond presented evidence to the Court that showed that over the years following the alleged breach of confidence, Richmond's business had declined. Richmond's case was that it should be inferred (by virtue of a lack of other reasonable explanation) that this decline had been caused by the leaking of confidential information to competitors and potential customers caused by Chester and the Levines.

However, despite the finding that Chester and the Levines had acted in breach of confidence, Richmond did not present any convincing evidence that existing customers had raised any concerns about Richmond's financial stability at the time. In fact, to the contrary, sales team information suggested that Richmond was not chosen for certain pieces of work because the prices they set were too high, or the timescales were wrong, and the Judge also listed a number of other market related factors which, in his view, had contributed to the fall in business.

Crucially, Richmond failed to show that there was a causal link between the disclosure of confidential information by NWCF and the reduction in Richmond's business – the inference approach taken by Richmond was not sufficient.

Further, Richmond could not point to any aspect of the disclosed confidential information which would have given competitors an advantage when received.

Nominal damages of £1 were awarded against Chester for breach of contract, and the claims against the Levines were dismissed.

Historically the question of whether "detriment" was required for a breach of confidence case to be brought was left open (see for example Megarry J in Coco v AN Clark and Lord Goff in Att Gen v Guardian Newspapers (No 2)). The pertinent question for claimants is in practice not only whether there is any detriment, but crucially whether detriment can be shown to have been caused by the alleged breach of confidence.

Claimants also need to beware being unrealistic in the manner in which they value and then pursue their claim, or they could face sanctions in costs. In this regard, see Arnold J's judgment in Primary Group v RBS and Direct Line, following which the claims against the Second Defendant were dismissed and indemnity costs were awarded against the Claimants (the authors of this article represented the Second Defendant). 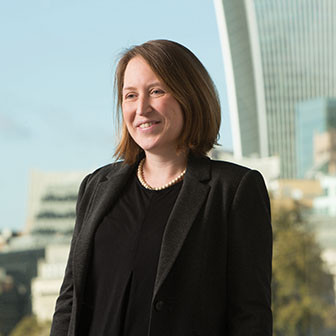