The Patents Court recently held that provisions in a settlement agreement, which restricted the ability to challenge IP rights in the future, were enforceable and did not amount to penalty clauses, as the defendant contended.

Steven Makin (Makin) and Timofei Yeremeyev (Yeremeyev) supplied products (mainly roofing) to the construction industry through a group of companies, including the Claimants, Permavent and Greenhill. Makin invented and patented roofing products under the name 'Easy Roof System' and, in 2014, he granted a licence to Permavent to manufacture, use, sell and supply the Easy Roof System products.

In 2016, the relationship between Makin and Yeremeyev broke down. Makin left the business in 2017, purporting to terminate the patent licences and withdrawing permission for suppliers of certain Easy Roof System products to produce patented products.

Permavent brought a claim against Makin in July 2017 and sought (i) a declaration that Permavent owned the patents and patent applications (the IP Rights); and (ii) an injunction preventing Makin from transferring or licensing the IP Rights. The parties subsequently entered into a settlement agreement under which Makin assigned the IP Rights to Greenhill. Additionally, in return for his agreement not to challenge the ownership/validity of the IP Rights, Makin would be entitled to various payments, which would be forfeited/repayable in the event of a breach. Permavent stopped making the payments when Makin sought to register an interest in the IP Rights.

Makin was found to be in breach by way of summary judgment so the issue before the Court was whether the clauses constituted an unenforceable penalty.

The Patents Court held that the relevant clauses were not unenforceable as penalties.

Referring to the Supreme Court decision in Cavendish Square Holding BV v Talal El Makdessi (Cavendish), the judge noted that whether an obligation amounts to a penalty depends on (i) whether legitimate business interests are served and protected; and (ii) whether the

detriment imposed on Makin was extravagant, exorbitant, unconscionable or out of all proportion to that interest. The Court found in the Claimants’ favour.

The IP Rights were of vital importance to the business and any challenge could affect profitability through loss of sales and lead to reputational damage as it would damage the business’ ability to source, manufacture and sell products. Whilst the clauses were "undoubtedly harsh" on Makin, the detriment was not considered extravagant, exorbitant or unconscionable, nor were they disproportionate – a breach could cause significant harm to Permavent.

In reaching its decision, the Court also took into account other factors. This included Makin’s aggressive and hostile behaviour in the period leading up to the settlement agreement being signed (which demonstrated that he was likely to challenge the IP Rights and would maximise costs) and the fact that he had received legal advice on the settlement agreement.

This decision provides helpful guidance on the application of the Cavendish test on penalty clauses in a different context.

It also highlights the importance of the factual matrix as at the date of an agreement when assessing proportionality; considering the potential consequences of a breach at that time, as opposed to assessing the harm caused by an actual breach. 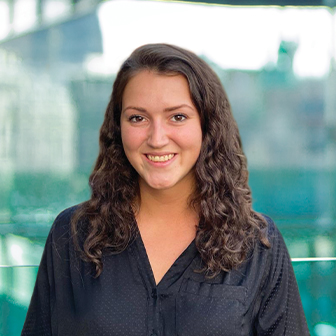