Identifying lessons that UK pharmaceutical manufacturers can learn from the US opioid epidemic and emerging litigation.

In the summer, the New York Times reported that an estimated 2 million plus Americans have an opioid problem. On 30 October 2017, President Trump declared a public health emergency over the "opioid crisis" in the United States.

Some media reporting of this issue has focussed on the role that pharmaceutical companies are alleged to have played in perpetuating addiction and contributing to the "crisis" through aggressive marketing and the resultant over-prescription of opioid painkillers such as Vicodin, Percocet and OxyContin. In August, the Office of the Deputy Attorney General of New Hampshire announced that it had commenced proceedings against Purdue Pharma, a manufacturer of OxyContin, following a 2 year investigation into Purdue's conduct in the context of the state's Consumer Protection Act (see link). The complaint docket can be seen here. It is not yet clear whether this action, or any other such litigation brought against pharmaceutical companies in the US will be successful and, whilst acknowledging that there is a different regulatory regime in the US, there are still lessons that manufacturers of pharmaceuticals in the UK can learn, particularly in the context of the emerging litigation:

Purdue is alleged (amongst other things) to have engaged in deceptive marketing techniques starting in the 1990s in which it held out that the benefits of long term opioid use (reduced pain and improved function) were proven, and that the risks were exaggerated.

Manufacturers and suppliers should ensure that statements made in product marketing are accurate, sustainable and supported by sound scientific evidence. They should not allow their marketing and sales departments to make unsustainable promises.

It is alleged that Purdue marketed OxyContin to primary healthcare providers who were most likely to see patients with chronic pain conditions, but least likely to have the appropriate training and experience to appraise the marketing and patients' pain conditions. Manufacturers and suppliers should consider means of comprehensive dissemination of information to those who will use (i.e. prescribe) their product (including training and education) to ensure that it is used as intended.

Lesson 3: Be clear about what the product does and provide explicit warnings and disclaimers

Perhaps the most significant allegations against Purdue are that it misinformed healthcare providers and patients about the risks of addiction, and overstated therapeutic efficacy.

The literature that accompanies any pharmaceutical product should set out its limits as well as specific and explicit warnings on any adverse effects or contraindications. Manufacturers should also consider the need to include disclaimers warning against predictable, but unreasonable, uses of the product. Warnings, contraindications and disclaimers should be subject to regular review and updated as necessary in light of relevant findings during the post-market surveillance process. 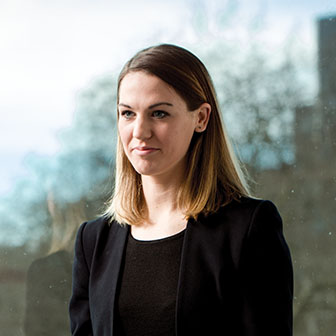