The Nocebo Effect: study into statins signals a timely warning

Anyone who has followed the posts and seminars of the RPC Life Sciences team in recent years is likely to have come across the "Nocebo Effect". It's a phenomenon that has fascinated us since 2015 when we first saw it in the context of patient response to adverse media reports about metal-on-metal hip replacements. It hasn't gone away – in the last few days, it hit mainstream media in connection with statins. We think it goes wider than has yet been recognised.

What is the Nocebo Effect?

The Nocebo Effect is a phenomenon whereby a patient who is warned of possible adverse side effects from a drug, or is made aware of negative reports of a medical device, is more likely to suffer an adverse reaction from that drug or device than a patient who didn't know.  It is the sister of the Placebo Effect which occurs where a patient believes a treatment (even if it's a "sugar pill") will be effective and so benefits from it.

Whilst the Nocebo Effect has psychological origins, it induces genuine physical reactions in the body. The most commonly studied symptom is pain.

A recent study into statins, carried out by Imperial College researchers, is a timely reminder of the phenomenon.

It notes from previous research that statins are a potentially-life saving drug, reducing the risk of heart attack and stroke by 25-35%, but about 20% of patients stop taking statins because of reported adverse side effects such as muscle aches, fatigue or joint pain.

The study, of 60 people over the course of a year, was a blinded trial using statins, a placebo and no medication.  Researchers concluded that up to 90% of reported side effects were experienced largely because of a "negative association" with the therapy, and not because of a pharmacological effect of the drug – the Nocebo Effect.

It is thought that the Nocebo Effect, as far as statins are concerned, is caused by GPs, cardiologists and the media emphasising the side-effects of the drugs to the detriment of balanced reporting.

We can infer that patients would have suffered fewer side-effects, and may have benefitted from the therapy, if reporting of the side-effects had been less alarming.

An increasing problem in the internet age

The Nocebo Effect could be on the rise due to a tendency for some products to be targeted on social media platforms, causing the internet to become flooded with criticism of the product.  Concerned patients, who may in fact be "worried well", access the internet, read the criticisms, and find that they experience the physical symptoms described in what they read.

The Nocebo Effect and litigation

Where patients experience side-effects, and the media pick up on it, litigation may follow: particularly where innovative products are concerned.

Manufacturers can face litigation in which claimants allege that a particular product is "defective" because it has caused an adverse reaction and therefore fails to meet the required safety standard. Where the adverse reaction is subjective and not clinically measurable, it is worth checking whether there are wider causes.

The implications of the Nocebo Effect in these circumstances have been considered by the Court. In the metal-on-metal hip litigation, in which we acted for one of the manufacturers, claimants argued that the poor performance of some hip products, compared to other devices, meant that the products failed to meet the safety standard required in law. Often a claimant's first symptom was pain, which was understood to be an indicator of an unacceptable level of metal ions in the blood, but we noted cases in which first reports of pain followed alarmist media reporting of, for example "killer hips".

Relying on expert evidence from a behavioural scientist, we argued that wide-spread negative media reports had caused a worsening of some patients' conditions, whether resulting from a negative association or from a worsening perception of their symptoms. This was a factor in the relatively high numbers of patients undergoing revision surgery to explant metal-on-metal products.

This evidence was adduced in related litigation. On 21 May 2018, Andrews J handed down her judgment in favour of the defendant manufacturer in Gee & Others v DePuy International Limited [2018]. Andrews J concluded that the Nocebo Effect had affected performance data as it could:

"… lead to a subjective perception of increased pain and/or a loss of function; a misattribution of pain; and/or an increased willingness on the part of some patients to seek help, or to consent to revision surgery…"

Evidence of the Nocebo Effect was therefore an important factor in the Court deciding that the statistics relating to the safety performance of metal-on-metal hip products were unreliable.

The impact of media reporting, and the Nocebo Effect, goes beyond High Court litigation.

The media play a crucial role in informing the public about exciting, innovative medical products, and in investigating problems, reporting debate and disseminating information that is valuable and urgent to patients. However, the Imperial College study is just the latest example of the serious implications of unbalanced reporting. Individuals can be caused unnecessary anxiety and either stop taking vital medicines or demand revision surgery when it is not necessary.

The Imperial College researchers recommend that "doctors should inform patients of the nocebo effect when prescribing statins and manage their expectations of taking them, to help encourage people to stay on or take the medication". This latest study is an important reminder, at a critical time, that clinicians, regulators and the media share in responsibility for ensuring that reporting of side-effects is measured and focused on the available evidence. Otherwise, the Nocebo Effect risks making unbalanced reporting of side-effects a self-fulling prophecy. 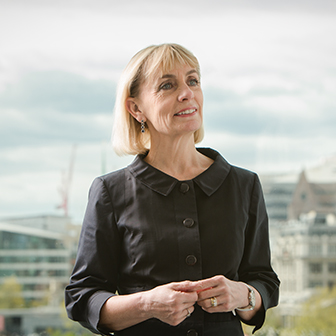