Audit profession – a year of reflection

In this legal update we look back at some of the key developments for the audit profession in 2018 and consider what the rest of 2019 may hold for the industry.

The start of 2018 saw the FRC subject to criticism from the Department for Business, Energy & Industrial Strategy (BEIS) and Work and Pensions Committees. Chief Executive for the FRC, Stephen Haddrill, faced some difficult questions having been on the receiving end of accusations from MPs suggesting the Financial Reporting Council (FRC) was “toothless” and “ineffective”. This early exchange brought into focus the question: what is the role of both auditors and the FRC?

The first quarter of 2018 was also a testing time for the Big Four accountancy firms following the collapse of Carillion in January 2018. KPMG had been Carillion’s auditor since its inception in 1999 and the extreme circumstances of the company’s demise inevitably resulted in the public spotlight being turned on KPMG. The FRC duly announced an investigation, which is ongoing.

“You can’t check 100% of everything. This is where trust and the nose come together. There has to be a reliance on the client up to a point. There is a degree of honesty that you have to take for granted. This nose is for when something is wrong, or if there is something you can’t pin down about someone. But just as detectives don’t solve every crime, you’ll never get 100% detection of fraud.”

In March of last year the dominance of the Big Four was highlighted by fifth largest accountancy firm, Grant Thornton’s, strategic decision to withdraw from the auditing of FTSE 350 companies. This was said to be down to the “competitive landscape” and that the firm was finding it “extremely difficult to penetrate the market in its current form”. The Big Four was reported by the ICAEW last year as auditing 97% of the FTSE 350 companies. This dominance has not passed unnoticed. However, as we consider in more detail below, 2018 may have been a catalyst for change.

The International Standards on Auditing (UK and Ireland) (ISA) provide that an auditor’s objective is to obtain reasonable assurance about whether the financial statements as a whole are free from material misstatement. The enquiries into the practices of the Big Four in 2018 brought into question the level of enquiries that should be made into a company’s accounts. As former chairman of KPMG (and founding chairman of the Financial Conduct Authority) John Griffith-Jones reported in an interview to the ICAEW back in 2012,

The summer of 2018 saw the FRC take action against another of the Big Four (Deloitte) and awarded a fine against the lead audit partner in connection with the audits of BHS and the Taveta Group. PwC was fined £10m but reduced the fine to £6.5m for early settlement in connection with its audit of BHS. The senior auditor was fined £350,000 and has been removed from the register of statutory auditors for 15 years. The fallout from the collapse of BHS had been widely publicised given the company’s £570m pension deficit at the time of its collapse.

However, in a statement released by PwC last year, those carrying out the audit and not the audit process itself was said to be at fault, noting,

“We have agreed this settlement, recognising that it is important to learn the necessary lessons. At its core this is not a failure in our audit methodology, the methodology simply was not followed.”

This statement sought to distinguish the normal practices of the accountancy firm from the individual steps taken by those involved in the BHS matter. It also seems apparent that the Big Four firms have not sought to place the blame for the recent events upon the legislative perimeters within which they operate. This also appeared to be echoed by the FRC in its assessment of audit quality in June 2018.

The issue surrounding the Big Four’s dominance in the auditing market was also brought into focus again in July of last year. The Bank of England commented at the start of July that there was “an issue with the ever more concentrated pool of large auditors”. Listed firms are required to “rotate” their auditors at least every two decades and it seems that only the Big Four firms are perceived as having the capabilities to offer a global basis by which to offer their auditing services. Sharing some of the work on a large audit to a smaller audit firm (known as “top-slicing”) as an alternative has, however, been criticised.

In autumn of last year it was widely publicised that the company that owned Patisserie Valerie was considering taking legal action against its auditors for an alleged failure to identify “secret” company bank overdrafts to the sum of £9.7m. It was also around this time that Patisserie Valerie’s Finance Director was arrested following the company’s discovery of “significant and potentially fraudulent” accounting irregularities.

competitive to maintain high standards. The FRC in support of this review in a press statement noted,

“We have expressed concern about concentration at the top of the audit market so we welcome this announcement. It is essential that there is widespread confidence in the quality of company audit in UK.”

Some commentators have suggested that the small concentration of firms within the Big Four has meant that the regulator’s powers of penalising offending firms have been hampered. Liz Murral, director of stewardship and reporting to the Investment Association commented last year that,

“There is a serious risk with such a small pool of auditors dominating the market that regulators feel unable to impose significant sanctions without risking driving one of the key players out altogether. The prospect of the Big Four becoming the Big Three risks [is] making the audit sector too big to fail.”

A week before Christmas the CMA released its review paper which set out a number of proposals that would aim to improve the “independence” and “quality of audits”. The CMA identified a number of reasons why it considered there had been a decline in audit quality. Some of the key issues identified were as follows:

The CMA’s proposals include separating audit from consultancy services, introducing measures to increase the accountability of those chairing audit committees in firms and imposing a “joint audit” regime giving those firms outside the Big Four a role in auditing the UK’s biggest companies.

The most significant proposal is to separate the audit and advisory arms of the largest firms. The CMA suggests that, “to get higher quality, auditors should focus exclusively on audit – not on also selling consulting services”. This assessment is based on the assumption that the reason for the perceived decline in audit quality is due to a lack of focus. Some critics suggest that the decline is not down to a lack of “focus”, but that the existing independence rules are not enough to avoid creating unintentionally a culture where it does not pay to ask too many probing questions. The concept of “professional scepticism” forms part of the ISA rules which expects auditors to “exercise professional judgment and maintain professional scepticism throughout the planning and performance of the audit”. It remains be seen whether the CMA’s (or the critics’) diagnosis of the problem is correct and whether the proposed changes will result in auditors exercising a greater degree of professional scepticism.

The CMA proposes a structural break-up of the Big Four whereby the firms’ audit and non-audit services are split into separate operating entities. These entities would have separate management and accounts. The additional transparency this would introduce might lead to more informed debate as to the appropriate framework for audit regulation and concomitant sanctions. This proposal may also alleviate the perception of the close relationship between the Big Four’s audit and non-audit services. No doubt some may argue that such separation is likely to be somewhat artificial in practice if the separate operating arms ultimately remain part of the same company group, but equally pushing separation too far may lead to audit firms that are less financially robust.

Another outcome could see the Big Four move away from providing both audit services and consultancy services to some of their existing clients altogether. In November of last year KPMG and Deloitte indicated they will no longer carry out non-essential consultancy work for the UK’s largest companies if they are also auditing them. KPMG’s chairman noted that this was in an effort to “remove even the perception of a possible conflict” of interest. This may result in difficult decisions being taken as to where the future of professional services firms lies.

It will also have to be seen whether the proposed separation of services may give those firms that had withdrawn from auditing FTSE 350 reason to re-engage with the tendering purpose for audits of the UK’s largest companies. 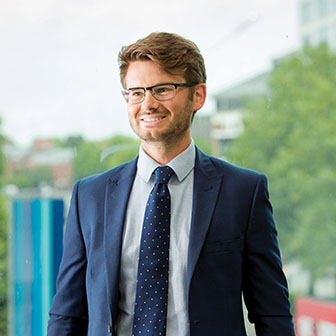