The recent Judgment of Steven Redfern v Corby Borough Council [2014] EWHC 4526 (QB) is one of the first reported appeals against a decision by a Master in relation to a Costs Management Order.

The Judgment serves as a warning to those parties frontloading the costs of litigation.

The underlying claim was for £700,000, the majority of which represented the Claimant's (the former Head of Property at Corby Borough Council) accrued and anticipated loss of earnings as a result of a psychiatric condition he developed stemming from alleged stress, bullying and harassment at work.

During the Cost Management Conference, Deputy Master Eyre deemed the Claimant's budget, in excess of £744,000, to be unreasonable and disproportionate given the value of the claim. The Claimant had already incurred costs amounting to £130,000, which Deputy Master Eyre regarded as "excessive almost beyond belief", given these costs had been incurred simply to get to the stage of pleadings. On this basis, he proceeded to approve what he considered to be a more "realistic" and reduced overall budget of £220,000. To have done so was in keeping with CPR3.15(1), which provides the Court with discretion to manage the costs to be incurred by parties to proceedings.

The Claimant sought to appeal the decision on the basis that: (a) both the overall and phased figures approved by the Court were too low; and (b) by the Court starting with an overall figure in the region of £220,000, it had effectively worked backwards by budgeting the phases which had unfairly influenced what was approved for each phase. The Claimant's Counsel argued that this was the wrong approach and that the focus of a Costs Management Order should be to look at the future costs to be incurred and not to consider whether those which had already been incurred were proportionate or not.

The appeal failed. HH Judge Seymour QC held that the Deputy Master had not erred in his approach or Judgment and had acted as permitted by Practice Direction 3E,7.4. Deputy Master Eyre was correct in recording his comments on the costs that had been incurred and taking those costs into account when considering the reasonableness and proportionality of all subsequent costs.

The Deputy Master was also permitted to take into account the incurred costs when considering the appropriate level of budget for both the individual parts of Precedent H and the overall budget.  The Judge held that it was appropriate to fix upon a figure, even provisionally, as the figure that would be reasonable and proportionate for the total costs of the action.

Whilst the Claimant is now seeking permission to appeal from the Court of Appeal, this decision is significant and reinforces the message that, whilst costs already incurred cannot be managed or adjusted by the Court, they will impact on the overall budget for the case and a court may severely restrict a party's future costs, if it considers them to be unreasonable or disproportionate. 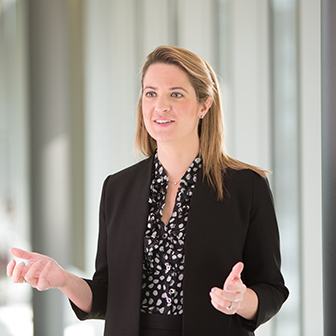