The third judgment of Pepperall J in Essex County Council v UBB Waste (2020) illustrates the kind of conduct that could lead to indemnity costs, as well as providing clear guidance on how the strict rules of Part 36 must be applied.

The Claimant (Essex County Council) had a 25 year contract worth £800m with the Defendant for the design and construction of a waste treatment plant in Basildon.  The plant was not ready on time and the Claimant incurred costs of £15m pursuing a successful breach of contract claim against the Defendant and in defending a counterclaim of some £77m.  The Claimant was awarded damages of £9m, with the Defendant being awarded just £745,000 in the counterclaim.  As always following the judgment, attention turned to costs.

The Claimant had made a Part 36 offer stating the relevant period ran for 21 days from the date of the offer letter.  However, Part 36 offers must be served (CPR36.7(2)) and the offer was emailed to the Defendant's solicitors at 4.54pm.  Given it was sent after 4.30pm, it was deemed served the following day.  The Defendant argued the offer failed to specify a relevant period of not less than 21 days and was therefore invalid.  This was rejected.  The Court held a reasonable person would know that the offer was intended to be a Part 36 offer and that the 21 day period would run from the date it was served (i.e. the day after it was emailed).  Therefore, it was a valid Part 36 Offer.  Pepperall J cited the guiding principle, from Dutton v Minards [2015] of "validate if possible".  In other words, any ambiguity in an offer purporting to be a Part 36 offer should be construed (so far as is reasonably possible) as complying with Part 36. Reasonableness is key: there are limits to what can be achieved purely through construction.  Even the most liberal construction exercise will not locate procedural requirements within an offer that does not contain them.

The Claimant's fallback argument was that the Court can overlook minor defects in a Part 36 offer if they misled no one.  Pepperall J's obiter observation, however, was that where the non-compliance is a failure to comply with one of the mandatory requirements (such as the 21 day relevant period), the rules of Part 36 are clear: there is no possibility of it being treated as a Part 36 offer.

The offer letter had also stipulated that, if the Defendant considered the offer to be non-compliant with Part 36, this should be confirmed within 7 days of the letter – this is a common practice designed to put pressure on the offeree to raise any non-compliance arguments at the outset.  The offer was acknowledged by the Defendant, but no point raised as to its validity (the service point having not yet been appreciated).  The Claimant asserted that, in acknowledging the offer, the Defendant had represented it was a valid Part 36 offer and it was now estopped from taking a technical point on it.  Pepperall J commented that estoppel should "play no part in the Part 36 regime".  Whilst his comments were obiter, he was extremely clear that Part 36 is very strict and that if a party wishes to enjoy the substantial benefits of this self-contained procedural code, its highly prescriptive set of rules must be followed.  The responsibility for ensuring offers are compliant with Part 36 is "squarely upon the offeror".  His comments are a clear and determined effort to quash attempts to raise this (previously controversial) estoppel argument.

The Defendant alleged the Claimant had not acted in good faith.  Whilst it had never asserted bad faith on the part of the Claimant (in reality, its allegation was one of sharp practice, rather than dishonesty), there was essentially little distinction between the two.  To make allegations of this nature without evidential foundation was "out of norm" and therefore justified indemnity costs.

In addition, Pepperall J considered the Defendant's attempt to build a substantial counterclaim dwarfing the Claimant's own claim was "speculative, weak, opportunistic and thin" and – coupled with the allegation of a lack of good faith - was designed to bring commercial and political pressure to bear on the Claimant (a public authority) not to bring its own claim.  Together, this conduct justified indemnity costs.

Finally, the Court determined that the Defendant's expert had obvious and serious conflicts of interest such that his instruction should have been withdrawn or refused and there was no excuse for failing to properly disclose the conflict.  In that scenario, an award for indemnity costs in respect of the costs generated by the expert was also justified.

This is a powerful judgment, which we anticipate will be cited by litigators for years to come.  Whilst it is a helpful guide as to what conduct may justify indemnity costs, the real gem is the clarification of Part 36 offers.  What is the lesson in here for litigators?  Construction of a Part 36 offer is everything – litigators ignore the rules at their peril.  None of the arguments raised in the case as to the validity of the Part 36 offer would have arisen if the offer had been made using the Court form N242A, which is surely the best way to avoid falling foul of the rules.  Avoid a storm – use the form! 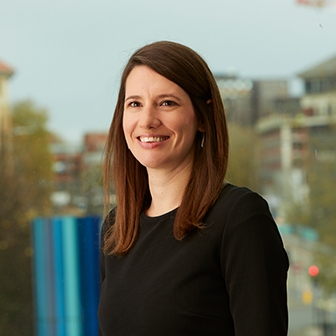