The case of Allen Campbell v Ministry of Defence [2019] EWHC 2121 (QB) provides useful guidance on the appropriate way to respond to a Part 36 offer when you are unsure of the value of the claim (and therefore the merits of the offer), in order to avoid the costs consequences of late acceptance.

The Facts of the Case

The Claimant, a member of the armed forces, developed a fear of flying following an incident of pilot negligence, which caused the aircraft in which he was travelling to plummet 4,400 feet. The MOD accepted liability for the Claimant's injury, subject to proof on causation and the extent of his loss. Proceedings were issued in January 2016.

On 22 March 2019, over 13 months after the extended relevant period had expired, the Claimant accepted the offer.

The issue before the Court was whether under CPR 36.13 (5) the Claimant should be awarded his costs to the expiry of the relevant period on 19 February 2018 only, with him bearing the Defendant's costs thereafter, or whether some other order should be made on the grounds that the usual rule would be unjust to the Claimant.

CPR 36.13 (4) (b) provides that, where a Part 36 offer is accepted after expiry of the relevant period, unless the parties can reach agreement, then liability for costs must be determined by the Court.

In considering whether the normal rule results in an unjust outcome, the Court must take into account all of the circumstances of the case under CPR 36.13 (6) and the matters set out in CPR 36.17 (5), which are:

The Claimant became aware of the outcome of his application in October 2018 and of his new posting in December 2018, but it was not clear until January 2019 that his fear of flying was not an obstacle to his promotion. The Claimant argued that he could not consider the merits of the MOD's Part 36 offer until this time.

The MOD argued that it was common in personal injury litigation for offers of settlement to be made before the evidence in the case is complete. Such offers required judgment on both sides as to the likely outcome at trial.

This case had no unusual features which took it out of the norm and the Claimant should have assessed the merits of the offer against the expected outcome at trial.  Rather than await the outcome of his application for promotion, the Claimant could have obtained expert evidence on his future career prospects.

Alternatively, if the Claimant really believed that he could not obtain sensible advice on the merits of the offer, then he should have sought a stay to prevent the parties from continuing to incur costs in the interim.

The Court concluded that: 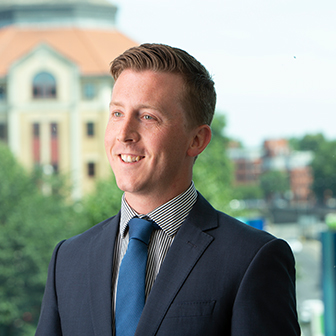