On 18 June 2021 the Supreme Court handed down two judgments in cases examining the application of the SAAMCo principles. These are principles that have dominated the law of professional liability since 1997 and limited the recovery of damages by claimants against professionals. In these judgments the Supreme Court significantly alters the tests for determining whether a particular loss falls within the scope of duty of the professional.

The first of the two cases1 concerned whether accountants were liable for the costs of a building society extricating itself from interest rate swap contracts. It entered into those swaps in reliance on incorrect advice that its accounts could be prepared according to the "hedge accounting" method. This led to a position where it developed insufficient regulatory capital. In order to remedy that situation it paid £32m to extricate itself from the swaps. The court at first instance and the Court of Appeal held that those costs were not recoverable. The Supreme Court held that they were.

The cases were heard by the same panel of the Supreme Court and the lead judgment in each was given by Lord Hodge and Lord Sales with Lord Reed, Lady Black and Lord Kitchin agreeing. Lord Burrows and Lord Leggatt each gave a concurring judgment. The court directed that the judgments in both cases were to be read together.

The majority [at 6] started (in Manchester) by analysing the place of the scope of duty principle in the context of six questions that arise in any claim when a claimant seeks damages from a defendant in the tort of negligence. Those are set out in full at paragraph 6 of Manchester. The questions relating to the scope of duty issue are at 2 and 5:

"… (2) What are the risks of harm to the claimant against which the law imposes on the defendant a duty to take care? (the scope of duty question)
…

(5) Is there a sufficient nexus between a particular element of the harm for which the claimant seeks damages and the subject matter of the defendant’s duty of care as analysed at stage 2 above? (the duty nexus question) …"

The second question was the central issue in the appeals. The duty assumed by the professional adviser is "governed by the purpose of the duty, judged on an objective basis by reference to the reason why the advice is being given" [13]. The exercise is to look to see "what risk the duty was supposed to guard against and then … see whether the loss suffered represented the fruition of that risk." [17]. The application of this approach had the advantage of providing a "refined basis for identifying, out of what may be a wide range of factors which contribute to the claimant's loss, the factors for which the defendant is responsible." [25].

The "duty nexus" question at stage 5 becomes more important in cases where the professional adviser is not guiding the whole decision-making process. It is the process by which the court separates out the loss that the claimant has suffered by entering into the transaction and "the element of loss that is attributable to the defendant's negligent performance of the service which he or she undertook" [41 of Khan]. In many cases the answer will be obvious because there is no question over whether the defendant was under a duty to protect the claimant from the particular harm for which he or she claims damages [47 of Khan]. In those cases, the question will be determined more by the scope of duty question.

The distinction between "advice" and "information" cases had proved unsatisfactory; the distinction was too rigid and liable to mislead. Pure "advice" and "information" case were at extremes of a spectrum and most cases depended on a range of matters for which the defendant assumed responsibility. Equally, the test of asking (in an "information" case) whether the relevant loss would have occurred even if the information had been correct was "a useful cross-check in most cases, but … should not be regarded as replacing the decision that needs to be made as the scope of the duty of care …" [23].

In Manchester the purpose for the advice was to ascertain whether it could use hedge accounting to implement its proposed business model within the regulatory framework [34]. The effect of that advice being wrong was that the building society adopted the particular business model and entered into swap transactions. It was then exposed to the risk of having to break them when its regulatory capital became insufficient. The advice from the accountants was supposed to allow the building society to assess that risk.

In Khan the court held that the scope of duty question pointed to an obvious answer to the duty nexus question – "the law did not impose on [the defendant] any duty in relation to unrelated risks which might arise in any pregnancy". It followed from this that the defendant was only responsible for costs caused by the child's haemophilia [68 Khan]. The court did then test that conclusion by asking what the outcome would have been if the defendant's advice had been correct and the claimant had been a carrier of the haemophilia gene. In that event the child would still have been born with autism.

The judgments significantly develop parts of the judgment of Lord Sumption four years ago in Hughes-Holland v BPE Solicitors [2017] UKSC 21. They add new layers of analysis and complexity to the application of SAAMCo principles and are likely to lead to more disputes over the recovery of damages for professional negligence. 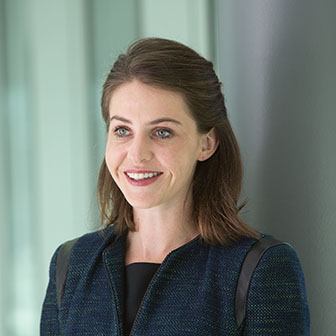