Is sunlight a nuisance?

Reports that sunlight reflecting from the unusually shaped "Walkie Talkie" building at 20 Fenchurch Street in London has melted parts of a Jaguar motor-vehicle parked on Eastcheap Street raises an interesting question whether reflected sunlight or heat from a building is actionable in law.

Artificial light emitted from a building which is prejudicial to health or causes physical damage to neighbouring properties is a statutory nuisance under section 79 of the Environmental Protection Act 1990 and the local authority may take action to ensure that the nuisance is stopped. There is, however, no reported case in England and Wales in which a court has been required to determine whether the reflection of natural sunlight can amount to an actionable tort of nuisance; which is not surprising really, considering how little sunlight this jurisdiction enjoys!

However, there is a New Zealand case, Bank of New Zealand v Greenwood [1984] 1 NZLR 525, where the High Court of New Zealand held that reflected light can constitute an actionable nuisance. In this case, glass roofing panels on a slope of approximately 60˚ forming the veranda of a building in Christchurch reflected a high intensity dazzling glare across the road and into the windows of the two buildings opposite causing considerable discomfort and inconvenience to the occupants. The neighbours brought an action in nuisance seeking an injunction to prevent the reflection of sunlight into their south-facing windows The Court held that the glare was a substantial and unacceptable interference with the enjoyment of other buildings, though one which could be remedied simply by the provision of blinds. The Court rejected the argument that the problem was one due to 'natural causes' and held that it was due to the deflection of sunlight from its natural course by an artificial structure, like the diversion of surface water. In coming to this conclusion, the Court considered a number of different factors including the number of hours in a given period over which the glare was experienced in any one of the plaintiff's offices, the intensity of the glare, the direction from which it came, the fact that there was no escape from it and the fact that the plaintiffs could not simply close down when the problem arose. Interestingly enough, the Court considered the 'intermittent nature of the problem, not only its' arrival and departure as the direction of the reflection changes, but also as the sun is obscured by cloud and then clears' as increasing rather than diminishing the inconvenience.   The Court found that a firm of solicitors affected by the reflection, whose offices already had fitted venetian blinds, could simply close them while the glare persisted. The Court, however, felt the situation was different for those plaintiffs whose offices did not already have blinds or curtains fitted; especially those buildings which did not have blinds or curtains to the south. The Court said it is one thing to take measures to keep out sunlight to the north, quite another to the south. The opposite consideration is probably true here in the northern hemisphere. The building owner argued that they were doing no more than making ordinary and reasonable use of their building and that it was a normal building except for the slope of the glass, which itself would have caused no difficulty had it faced in another direction or not faced another building. The Court rejected this argument and said it is not normal or a reasonable consequence of the construction of a veranda for a dazzling glare to be reflected into premises opposite, and so create a nuisance there.

The plaintiffs did not seek damages but the Court held that they were entitled to have the nuisance stopped. The Court held that to require the defendant to take steps to eliminate the glare altogether would be to give the plaintiffs more extensive relief than they were entitled to have and concluded that the provision of vertical venetian blinds at the defendants' expense would satisfy the plaintiff's rights and discharge the defendants' obligations.   In English law, the mere presence of a building or the fact that it gets in the way and so prevents something from reaching neighbouring land is generally not enough to bring an action in nuisance. Buildings that have spoiled their neighbour's view or restricted or altered the flow of air on to their neighbour's land or interfered with television reception are not actionable in nuisance, even though they seriously detract from the enjoyment of the neighbouring land. In general, something has to emanate from the building before the nuisance becomes actionable, such as noise, dirt, fumes, a noxious smell, vibrations and suchlike.

In Hunter v Canary Wharf Ltd [1997] 2 W.L.R. 684 the House of Lords held that the fact that Canary Wharf Tower interfered with neighbouring residents' television reception simply as a result of its presence did not constitute an actionable nuisance. The Lords did, however, consider the New Zealand case and they distinguished it from one concerned with the mere presence of a building on the grounds that the glass roof of the veranda did not merely reflect sunlight, it deflected it 'at such an angle and in such a manner as to cause the dazzling glare, too bright for the human eye to bear, to shine straight into the neighbouring building". The Lords considered the facts in the New Zealand case as 'most unusual' but they regarded the decision as 'eminently sensible' and 'admirable' although 'at the very limit of the law of nuisance'.   Although every case depends on its own particular facts, especially in the field of nuisance, a building which creates a 'dazzling glare' that is intense enough to melt a Jaguar could possibly be enough to create a nuisance in English law. Given the number of oddly shaped reflective glass buildings in London and the current climate models it is only a matter of time before our courts have to consider whether reflected sunlight constitutes a nuisance although only a lawyer could suggest such a thing! 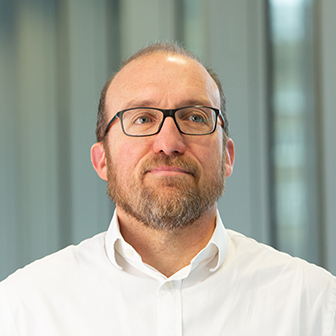