The Solicitors Regulation Authority (SRA) is consulting on proposed changes to its rules that would enhance its powers to deal with risks to clients and the public stemming from a poor work culture in law firms. With the public focus on mental health and the critical part the workplace plays in wellbeing, the SRA is hoping that changes will encourage firms to recognise and respond to the pressures solicitors face.

This follows on from the Workplace Culture Thematic Review conducted by the SRA that found there were concerns about the demands and difficulties faced by solicitors and the toxic working environment at some firms.

To tackle these issues the SRA is proposing:

In the SRA's press release announcing the consultation, Juliet Oliver (SRA General Counsel) states "A poor workplace culture can not only affect wellbeing, with all the distress and concern that brings, but also ethical behaviour, competence and ultimately the standard of service received by clients. It’s timely that, further to our recent thematic review and guidance, we consult on new rules that explicitly spell out what we expect from the firms and individuals we regulate."

The consultation period ends on 27 May 2022 – it can be accessed here.

Duties of Care to Third Parties in Tax Avoidance Schemes – Disappointment for Investors in McClean as Zacaroli, J Rejects Claims

The judgment in the much awaited case of David McClean and others v Andrew Thornhill QC [2022] EWHC 457 (Ch) was released this month. It provides useful lessons on the potential duties of care to investors owed by professionals advising both sponsors of tax schemes and the vehicle through which the scheme is conducted. In addition, it gives essential guidance on the circumstances in which a duty to warn clients will form part of a professional's obligations.

You can read our blog here for our thoughts on the judgment.

Excuses for money laundering failings don't wash with the SRA

In our January newsletter, we reported that Mishcon de Reya have been fined £232,500 for breaching anti-money laundering rules. A link to that article can be found here.

This month Michael Nouril, a former manager and partner of the firm, has been personally sanctioned for the part he played (or indeed, did not play). He has agreed to pay a £17,500 fine plus costs of the investigation after the SRA identified numerous failings in Nouril's handling of client relationships, including a lack of sufficient due diligence on two proposed transactions involving companies in offshore (and therefore potentially higher-risk) jurisdictions. Further, he was found to have breached the Solicitors' Accounts Rules by allowing payments to be made in and out of the firm’s client account which were unrelated to an underlying legal service.

It transpired that the former partner had also not attended mandatory training sessions as required by anti-money laundering regulations.

Nouril admitted the rule breaches and the SRA were satisfied that he had "shown genuine insight and regret in respect of his shortcomings and management of risk".

This decision highlights the importance of carrying out appropriate client due diligence (a key obligation at the outset of any matter). Firms need to have a clear risk management strategy and policies in place to protect themselves from being put under the SRA's microscope in this way. The sanction also serves as a stark reminder to always attend your AML training!

The High Court has very recently been presented with a jurisdiction conundrum:

Should the underlying professional negligence claim be brought in Scotland or England and Wales?

The answer was focused on the Civil Jurisdiction and Judgments Act 1982 and the claimant contended that it could serve the defendant in Scotland pursuant to CPR6.32. The hearing was heard in the High Court before Chief Master Shuman.

The court carefully analysed a number of authorities. The key question being the place of performance of the obligation in question. The Judge concluded "the defendant’s principal obligation was to provide advice and agreements to the claimant for negotiation and execution by parties in England", specifically noting that "in order for the defendant to carry out the Instructions … the defendant needed to understand and apply English planning requirements"

The Judge dismissed the defendant's application summarising the position as follows, "The obligation at the heart of this claim was for Ms Kelly-Gilmour to provide advice and draft agreements as a solicitor qualified to act in England and Wales regulated by the Law Society in England and Wales, to an English client, in respect of parties in England, relating to land in England satisfying planning requirements of an English Council so that the development in England could proceed. The agreements and advice were provided to the claimant and its director, in England. I am satisfied that the place of performance of the contract was England. I also further observe that the centre of gravity in this case was England."

The defendant further pursued their application on the grounds of forum non conveniens but this was not accepted by the court. The Judge concluded "Whilst Scotland is a forum in which this claim could be tried, I am not satisfied that the claim would be tried more suitably there for the interests of all the parties and the ends of justice. The defendant has not discharged the burden of proof that England is not the natural or appropriate forum for the trial and that Scotland is clearly or distinctly more appropriate".

This case provides useful guidance of the considerations in play when looking at a matter that spans across the borders of the United Kingdom. The full Judgment can be found here.

New guidance from the SRA on balancing duties in litigation

The SRA has provided a new webpage of guidance on balancing lawyers' duties to clients, the court and to third parties in litigation, dated 4 March 2022, titled "Conduct in disputes". The SRA last published a (longer) report on this topic in November 2018, which updated its previous March 2015 paper.

The new guidance is linked to the SRA's wider response to the UK Government's imposition of sanctions in Russia. Indeed, the guidance especially concerns Strategic Lawsuits against Public Participation (SLAPP), a term used to describe the misuse of the legal system and the bringing or threatening of proceedings in order to discourage public criticism or action – the UK Government has indicated a desire to clamp down on SLAPP in recent weeks.

According to the SRA, features of these cases include making excessive or meritless claims, making aggressive and intimidating threats, or otherwise acting in a way which fails to meet the wider public interest principles. Behaviours of this kind can evidence misconduct, capable of amounting to serious breach, and can inform solicitors' duty to report.

The SRA goes on to detail situations where duties have not been properly balanced, and provides case studies for each of these (some of which were also included in the longer November 2018 report). They include making allegations without merit, pursuing litigation for improper purposes, taking unfair advantage, misleading the court and conducting excessive or aggressive litigation.

The SRA indicates in its report that, "those who cross the line into misleading the courts or abusing the litigation process should have no doubt that such conduct can lead to serious consequences".

The Supreme Court has held that a firm of solicitors bringing claims on behalf of its clients was entitled to an equitable lien over its unpaid fees, despite the fact that there was no dispute and no legal proceedings had been issued.

The appellant is frequently instructed in relation to passenger compensation claims against the respondent for flight delays, on a "no win no fee basis". These claims were frequently undisputed by the respondent. In early 2016 the respondent adopted the practice of dealing directly with passengers in respect of flight disruption claims, including the appellant's clients. Payment of any compensation would also be made directly. This resulted in the appellant being unable to deduct its fees from the awarded compensation before paying the balance to the client and instead it was required to pursue the client directly for payment of its fees.

The High Court and Court of Appeal rejected the appellant's claim, finding that a mere negotiation by a solicitor resulting in a recovery could not give rise to a lien. Rather, some form of proceedings, litigation or arbitration was required.

The Supreme Court allowed the appellant's appeal. It confirmed that the test for a solicitor's equitable lien is whether the solicitor provides services (within the scope of the retainer with its client) in relation to the making of the client's claim (with or without legal proceedings) which significantly contribute to the successful recovery of a fund by a client. It is not necessary for there to be an actual or reasonably anticipated dispute for a lien to arise.

The Supreme Court's decision will no doubt be welcomed by solicitors, particularly those acting under Conditional Fee Agreements, in circumstances where it provides certainty that an equitable lien will be available if there is a successful outcome. However, the Court did emphasise that any reputable solicitor should first advise a client to utilise any available online claims procedure without incurring any legal costs.

At the beginning of the COVID-19 pandemic in Hong Kong, in January 2020, the judiciary adjourned all court hearings save for urgent and essential matters. The "general adjourned period", as it was known, ran from 29 January to 3 May 2020. Since then, and until recently, the courts have generally remained open during the pandemic, with more use being made of remote hearings and disposal of civil proceedings based on written submissions.

Given the severity of the "5th Wave" of the pandemic in Hong Kong, which started in February 2022, on 4 March 2022, the judiciary announced another "general adjournment of proceedings"; this time to run from 7 March to 11 April 2022. It is estimated that, within a couple of months, COVID-19 infections increased from approximately 12,500 people (in a city of approximately 7.5 million people) to a situation where, by mid-March 2022, well over 10% of the city's population had been infected. Some estimates suggest that, by the time the current surge of infections is over, more than half of the city's population will have been infected.

The current general adjournment is similar to the previous one except that this time the courts have tried to complete hearings that had started but not finished by 7 March 2022. Civil hearings originally listed during the current adjournment will be dealt with remotely, by paper disposal or refixed (subject to directions by the courts). The knock-on effect is likely to be more pronounced for substantive criminal matters.

The judiciary's press release (dated 4 March 2022) and supporting "Notification for Stakeholders about General Adjournment of Proceedings" confirm the types of court and registry business that continue to be conducted. While the current general adjournment is referred to as a short period of "around one month" it may be extended. 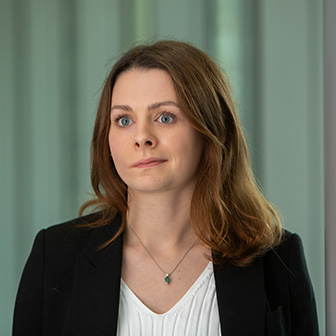 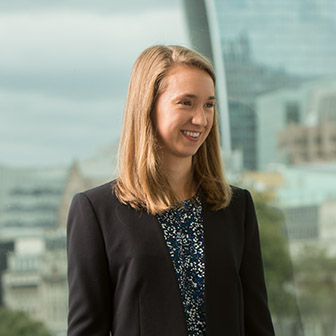