The Powerful And The Penalised

With SRA fining powers set to increase by a factor of twelve, we look at the changes being introduced and the impact they will have.

On 23rd May 2022 the Solicitors Regulation Authority (SRA) announced its plans to increase its fining powers from £2,000 to £25,000, along with a strengthening of its punitive powers in other respects. This article will outline these and point out some of the pitfalls ahead.

The SRA said it will increase its fining power twelvefold to a maximum of £25,000. The SRA justified this increase by arguing that cases with fines under £25,000 are relatively straightforward and do not justify the time, cost and stress involved with a hearing before the Solicitors Disciplinary Tribunal (SDT).

In doing so it has ignored the SDT's recommendation that the SRA's fining powers should be limited to £7,000 for an individual. A similar view on the upper limit was held by the Law Society. The Law Society said, "The independence of the SDT from both the regulator and the profession, its clearly defined processes and transparency means that solicitors generally have more confidence in the SDT’s decision-making processes”, whereas SRA decisions are not publicly scrutinised.

It is understandable that the SRA's current limit of £2,000 has led to more cases being referred to the SDT and thus caused delays and an increase in costs and impact on those subject to disciplinary proceedings. However, the SRA does not seem to be taking into account the recommendations of the Law Society and the SDT – they are suggesting more moderate increases. The SDT's indicative guidance that fines between £7,500 and 15,000 were more than moderately serious and those over £15,000 were very serious. Whether very serious cases should be decided without independent scrutiny is a concern, although the SRA has addressed this by saying there would be a clear division between SRA investigators and SRA decision-makers and that the independence of decision makers would be safeguarded.

Under the new arrangements, solicitors and firms retain the right to appeal adverse decisions to the SDT but respondents to the Consultation question whether this is an adequate safeguard. Many firms and individuals would be quite understandably daunted at the prospect of an appeal and its associated cost. Solicitors facing SRA investigations will be only too aware of the likelihood that they will bear the regulator's costs as well as their own and may recall the 2021 ruling in the case of Liz Ellen, a solicitor who was cleared of misconduct but still had to pay her own defence costs, estimated at £534,000.

Supporters of an increase in limits will point to the fining powers in relation to Alternative Business Structures which can be fined up to £50m for firms and £50m for individuals. The SRA accepts arguments for greater parity between ABS and traditional firms in this regard.

The SRA will also take into account the turnover of firms and the income of individuals when setting fines, with the intention to introduce more impactful consequences for City firms and lawyers who breach the rules. Fines for firms would be capped at 5% of annual domestic turnover from SRA authorised activities in the last year prior to the misconduct, up from the current 2.5%. For individuals it is proposed that an individual's income related to the tax year prior to the employment in which the misconduct occurred should be used for setting fines.

The SRA argue that the increased cap would potentially be a more effective deterrent and that a fine at that level would be unlikely to affect the viability of a firm. Firms and individuals would also be able to make representations concerning their ability to pay a fine. However, there are other arguments that profit based/net worth metrics may be more appropriate, as The Law Society highlighted, turnover may not be a reliable indicator of profitability or ready cash.

The SRA gives the example of different levels of fine issued for the same offence to a low earning junior solicitor compared with a senior equity partner. While this is understandable, there is an issue with disparity of penalty for the same crime. It also glosses over the differences in aggravating and mitigating circumstances in individual cases.

The SRA counters this by referring to the fining powers of other regulators such as the FCA, arguing that other regulators have shifted their approach to financial penalties as an effective deterrent.

The SRA plans to introduce fixed penalties of up to £1,500 for lower-level breaches. The SRA stressed that fixed penalties would not change the bar for its decision to take action, stating "this change will allow us to streamline our approach to misconduct that is currently suitable for a low-level fine…" it also hopes that it can foster "greater transparency around possible disciplinary outcomes for failure to cooperate with [the SRA] as a regulator and more administrative breaches". An example of where they envision this working is a breach such as failure to comply with transparency rules.  The SRA argue that "these kind of matters are capable of objective determination and attracting standardised penalties".

The SRA proposes to begin with fixed penalties in a small number of defined areas and then take stock of the effectiveness of the scheme before extending it further. Their current suggested fine would be a maximum of £800 for a first breach and £1,500 for subsequent offences.

While this approach would be welcome, more needs to be understood on what the straightforward administrative breaches are.  The SRA have stated that they will consult this summer on a schedule of fixed penalties and procedural rules to introduce these. They have also said that the opportunity to put matters right would be given before the fine is issued and there would be a right to have the decision reviewed.

Arguably, one of the most controversial and difficult changes is that SRA guidance will be amended to dictate that cases involving sexual misconduct, discrimination or other forms of harassment will result in a restriction of practice, suspension or strike off rather than a fine, unless there are exceptional circumstances.

Whilst allegations of this kind of misconduct should always be treated seriously, there is a wide spectrum of behaviour encompassed by this sort of misconduct and a complicating factor is the subjective nature of some of the legal elements to these infractions. The SRA’s approach of treating such behaviours automatically at the very serious end, unless exceptional circumstances apply, seems at first glance to be insufficiently nuanced. However, the proposed guidance has not been published at the time of writing.

Another source of uncertainty is that some of these concepts (especially discrimination and harassment) are not given specific definitions in the SRA’s regulatory arrangements. For example, the SRA Principles refer to the obligation to encourage “equality, diversity and inclusion” (Principle 6), but a rule based on the need ‘to encourage’ is a challenging one to enforce. The SRA Code for Solicitors says at para. 1.1, “You do not unfairly discriminate by allowing your personal views to affect your professional relationships and the way in which you provide your services”, but that does not refer to “harassment”, and it is unclear if the reference to “discriminate” targets the legal concept of discrimination under the Equality Act 2010.

Whilst the SRA states that their aim in this regard is to ensure their approach aligns with public expectations, we have seen considerable difficulties and controversy in the exercise of that approach in high profile cases.  We appreciate that many of these cases are difficult to quantify financially, and that suspension or strike off may be appropriate in many cases, we suggest that the SRA could address this while maintaining flexibility and discretion to address individual circumstances particularly where there may be significant aggravating or mitigating factors. There is a risk here of virtue signalling, leading to the delivery of unfair outcomes.

Anna Bradley, SRA Chair, has said, "These changes will mean we can resolve issues more quickly, saving time and cost for everyone and, importantly, reducing the inevitable stress for those in our enforcement processes.”

These are laudable aims and would certainly be welcome by most solicitors who are at the sharp end of delay during the investigation and enforcement processes. However, the SRA needs to reassure the profession that it has the resources and capability to manage these increased powers and that these will translate into faster timescales.  These reforms may speed things up in straightforward matters. However, the challenge will be the more complex ones.

There also remains the worry that the SRA has not really addressed concerns about the fairness of it investigating potential breaches and determining the outcome without a sufficient degree of independent scrutiny. While there are problems with the SDT regime, it certainly does involve a greater degree of independence and transparency.

In conclusion, while it is hard to argue against the proposition that a decade-old fining regime needed updating, perhaps more weight should have been given to the concerns outlined by respondents such as the SDT and The Law Society. 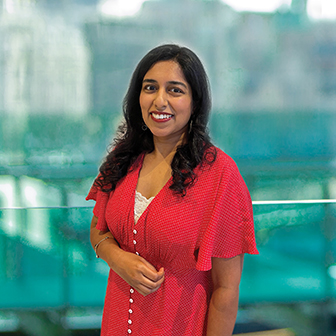