Changes to business rates calculations are good news for retailers

The government announced two changes to business rate increases in the Autumn budget, moving from RPI to CPI in April 2018 (rather than 2020 as originally proposed) and shortening the revaluation cycle. It is good to see that the government has listened to concerned businesses but will the changes go far enough?

Business rates currently increase on an annual basis in accordance with the Retail Prices Index (RPI). Both the RPI and the Consumer Prices Index (CPI) measure inflation but CPI tends to be around 1% lower than RPI as a result of the different criteria used for the calculation. The move from an annual increase based on RPI, to an annual increase based on CPI will therefore mean a rise in rates of approximately 3% in 2018 compared with this year's payment, rather than 4%.

Retail businesses with bricks and mortar stores in London may still face the risk of financial trouble as this is where property prices have increased most significantly over the last seven years (since the 2010 valuation). Many point to the disparity which continues to exist between themselves and their online retail rivals who can avoid the significant expense of business rates by not having a presence on the City's high streets.

In addition to the annual increase, business rates are also currently subject to a five yearly revaluation cycle. The normal five yearly valuation cycle was postponed in the aftermath of the financial crash, meaning that rates increased significantly for many in April 2017, after being recalculated based on the increase or decrease in rentable values between 2008 and 2015. For many, that was a big jump. Traditional retailers in London were some of the hardest hit because values in the City had continued to rise following the financial crisis, whereas they had declined in other parts of the country.

To lessen the effect of the sudden change, transitional arrangements were put in place but the Autumn budget goes one step further by putting the valuation cycle onto a three year basis, which ought to smooth the effect of such changes in the future.

Our earlier article reported on the reliefs available to some businesses.

The joint effect of more regular valuations and annual increases linked to CPI rather than RPI should make for an easier ride going forwards following the sharp change back in April. 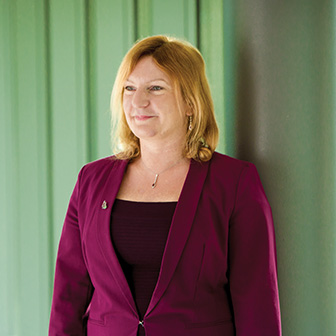