Continuing its trend of introducing disruptive innovations to the retail market, Amazon recently opened its first checkout-free supermarket, 'Amazon Go', to the public. In light of this, we thought we would take a look at some of the other retailers using innovative technology to revitalise their bricks and mortar offering.

It looks likely that a number of other retail giants will soon be following in the footsteps of Amazon. Tesco and Sainsbury's, for example, have both revealed that they are considering development of checkout-free stores, like Amazon Go. The concept was also trialled by Alibaba, one of Amazon's largest competitors in Asia.

More futuristic technologies have been tested too. Specially-designed sales assistant robots have been introduced - with varying degrees of both success and sophistication - in countries from South Korea, Singapore and China to the USA and the UK. One Swedish company has even launched an entirely autonomous, unstaffed 'robo-mart', a robotic store which can drive itself to different places based on customers' needs.

One problem, however, with such technology is that it detracts from a key element of appeal to offline shoppers: human interaction. No personnel can sometimes equate to no personality. From shop workers' union Usdaw to market heavyweight Asda, those on both sides of staff hiring have spoken out against the potential elimination of checkout staff, highlighting the value customers place on having a friendly (human!) face to ask for directions and information during their shop. A 2017 study by Mindtree, a technology services company, revealed that a vast majority of older shoppers, and even around half of shoppers under 25, would be uncomfortable with an entirely robot-run shopping experience.

Perhaps the most successful short- to medium-term approach for companies then could be a more balanced one. By integrating technology into the offline shopping experience in a way that enhances and complements it, but doesn't detract from the benefits of shopping in a physical store, retailers could potentially reduce costs while attracting and retaining customers to increase profits, allowing them to better challenge their online competitors.

Many big retail names are already adopting this approach with apparent success. Sephora's augmented reality software gives customers the chance to easily 'try on' make-up without hunting for testers; Abercrombie & Fitch's app lets shoppers scan items in-store to order out of stock sizes and see product reviews; Subway's app saves hungry customers time by allowing them to pre-order their customised sandwich and pick it up in-store, while Zara's interactive mirrors help shoppers try on clothes, and offer further recommendations based on their choices. Starbucks last year even closed its online store, to focus on making its bricks-and-mortar outlets a "must-visit destination", aiming to increase physical footfall through a streamlined experience using its app.

Looking at activity across the sector in terms of technological advances in-store (and the above is of course a non-exhaustive selection) it seems consumers can look forward to an exciting period of innovation on the high street. 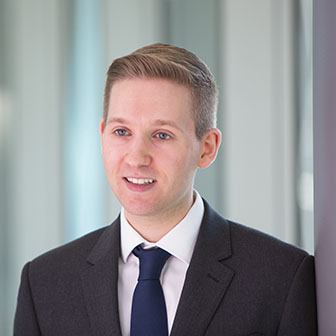