In a modern day society widely dubbed as 'The Digital Age', corporations must compete like never before to capture a fluid market seeking instant gratification.

Technology has been the driving force behind such market trends, with online searches for 'same day shipping' increasing by 120% since 2015. However, this shift is going much further than innovation in pricing and products; it's the new era of hyper-personalisation.

Through a combination of personal data and artificial intelligence, brands are advertising to the individual and investing time into developing 'personal' brand values. The concept of 'segment-of-one' branding has become widespread. This technique identifies clusters of individuals and their common traits in order to provide tailor-made advertisements.

By enhancing a corporation's ability to engage with its consumers, hyper-personalisation helps to create brand affinity. This is critical in a market where the average consumer now expects a level of purpose behind a brand, ranging from its impact on the local community to the way it interacts with customers.

Coca-Cola's 'Share a Coke' campaign in 2013 provides the perfect example of successful hyper-personalisation. Coca-Cola replaced their logo with some of the UK's most popular names and subsequently sold over 150 million personalised bottles. Other household brands, such as Nutella and Marmite, have been quick to follow in Coca-Cola's footsteps.

More recently, Unilever's purpose-driven brands have accounted for more than 60% of its growth and are expanding over 50% faster than the rest of the business. Their Axe brand has focused upon its aim to 'help broaden the definition of masculinity'. This has expanded their reach by appealing to an audience concerned with a different conversation on masculinity. Unilever demonstrates that in an environment where markets are saturated with similar products, purpose can be a vital component of brand growth.

A platform for change

As hyper-personalisation becomes an increasingly vital component of customer engagement, corporations must work harder to attract the "empowered" modern-day consumer. Corporations now need to not only discover their customer's birthdays and holiday plans, but keep in mind their political leanings.

Millennials and Generation Z look to brand values which align with their own when buying. As a result, corporations have politicised their advertisement campaigns to meet the values of their target demographic. For example, Nike recently utilised Colin Kaepernick, the NFL quarterback famous for taking a stance in the Black Lives Matter movement, in their thirtieth anniversary Just Do It Campaign. This campaign was created in order to align themselves with those consumers that stand with Kaepernick. In this way, corporations are increasing their propensity to appeal to their customers. This form of personalisation has proved highly successful.

As the bid for corporations to out-compete one another continues to grow, hyper-personalization has developed to dizzying heights. It started with just our names and birthdays, now it's our political affiliations and social consciences. The question remains, just how far will corporations go in a bid to capture their market and create brand 'value'?

And where does the law come in?

First and foremost, the General Data Protection Regulation (GDPR), which as we all know sets new standards for data processing.  But the regulation to really watch is the e-Privacy Regulation.  This is the sister regulation to the GDPR, and was originally intended to come into force at the same time (ie May 2018).  It has been subject to fierce debate in the marketing community, as it speaks directly to cookies and their deployment.  Current thinking is that it is unlikely to come into effect before 2021.  Look out also for the storm that is brewing in the adtech industry generally, as reflected in the ICO's report into adtech and real time bidding.  All of this feeds directly into the hyper-personalisation debate, and in turn the need for stronger data controls and greater transparency for the brands' targets, namely you and me as their potential customers. 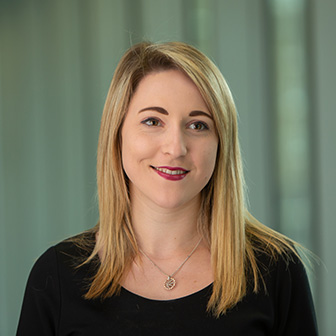