The difficulties in determining what is meant by the phrase "fair value" have been highlighted by a recent decision of the Privy Council in the case of Shanda Games Ltd v Maso Capital Investments Ltd.

The case arose as a result of Shanda Games Ltd (Shanda), a Cayman Islands company, merging with Capitalcorp Ltd, as part of a transaction to take Shanda back into private ownership and remove its listing on NASDAQ.

The Grand Court found that the correct interpretation of the concept of "fair value" was to value the shares on the basis of a pro rata share of the value of the whole of Shanda, with no minority discount. Shanda disagreed with this interpretation and so appealed to the Court of Appeal of the Cayman Islands, which ruled that, in fact, a minority discount should have been applied – a decision that was supported by the Privy Council.

Because this case looked at the meaning of "fair value" in the context of a statute, it was not open to the parties to agree in advance of any dispute what "fair value" should mean. This is, of course, not the same for private joint ventures or shareholders' agreements, or where management of a company hold shares in an employer – the concept of "fair value" can (and should) be defined in the relevant shareholders' agreement or articles of association. It is obviously better to set out what is meant by "fair value" at the outset rather than have a dispute about it later.

While Shanda Games Ltd v Maso Capital Investments Ltd looked at the meaning of the phrase "fair value" in the context of a Cayman Islands statute, it is a useful reminder that the different parties in a transaction can have very different expectations as to what a phrase means and how much the parties will be paid or have to pay where someone's shares are being bought for "fair value".

To give some certainty to the parties, we would expect the relevant agreements to set out what should be considered when determining "fair value", whether that is agreed between the parties or referred to a third-party expert for determination where the parties cannot agree.

A costly (lack of) assumption

The inclusion (or not) of a particular assumption can drastically alter the amount paid as "fair value", as was seen in the case of Doughty Hanson & Co Ltd v Roe decided by the High Court in England in 2007. Mr Roe left the private equity firm Doughty Hanson & Co Ltd and his departure was followed by a dispute as to the price to be paid for his shares, which (following his departure) had been determined by an accountancy firm acting as an expert.

The articles of association set out various factors for the expert to consider in making its determination. Unfortunately for Mr Roe, the articles did not make any assumptions as to whether the company would continue as a going concern, with Mr Doughty and Mr Hanson continuing their involvement in the business. The consequence of this was that the expert took into account that Mr Doughty and Mr Hanson may leave the business, reducing its overall value – and, as a result, the expert valued Mr Roe's shares at value of £9.3 million. This contrasts with Mr Roe's assertion that his shares would be worth in the region of £100 million – a considerable difference, caused by the absence of a simple assumption.

Lessons to be learned

So the lessons are simple: first, if the opportunity arises, set out what you – and the other parties – mean when referring to a definition or phrase; and, second, think carefully about what falls within that definition.  The alternative, as we have seen above, can be costly. 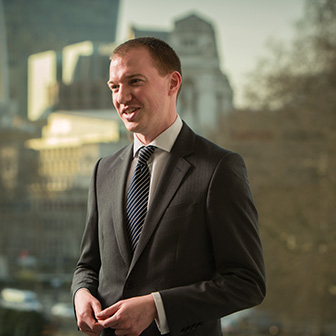