This Article discusses the recent decision of the English Court of Appeal in the case of “TAI PRIZE” [2021] EWCA Civ 87 on the industry practice of Masters signing bills of lading containing statements about the condition of the cargo, the threshold of the Master's inspection, whether they amount to representations and the consequences of the statements turning out to be false.

Statements in a bill of lading

It is also usual for a shipper to prepare a draft bill of lading containing statements about the condition of the cargo which is then handed over to the Master for his signature.

Often it is the case that the Master may not have the opportunity to fully inspect the cargo and so he may not know much about the cargo. There are however some safeguards if the shipment is governed by the Hague or Hague Visby Rules, as the rules provide for a shipper to guarantee and indemnify the Master if the information about the cargo is incorrect.

These questions were addressed by the English Court of Appeal recently in the case of THE “TAI PRIZE” [2021] EWCA Civ 87 (“Tai Prize Case”).

In the Tai Prize Case, the vessel “TAI PRIZE” (“Vessel”) was under two charterparties:

A cargo of soya beans (“Cargo”) was loaded into the holds of the Vessel. After completion of loading, the agents of the Head Owner signed a bill of lading (“BL”) on behalf of the Master of the Vessel.

The BL contained the following statement:

“SHIPPED at the Port of Loading in apparent good order and condition on board the Vessel for carriage to the Port of Discharge or so near thereto as she may safely get the goods specified above. Weight, measure, quality, quantity, condition, contents and value unknown.”

The Vessel sailed from the loading port in Brazil to the discharge port in China. During the discharge operations it was found that some of the Cargo was damaged.

Decision of the arbitrator

The arbitrator found that the Cargo had excessive moisture and a pre-existing damage even before it was loaded into the Vessel.

The arbitrator also found that the pre-existing damage was not reasonably visible to the Master of the Vessel at the time of loading but would have been reasonably discoverable by the shippers. This was because just before the commencement of loading, some of the damaged soya beans were discolored and would have been visible (the arbitrator did not make a finding that they did actually inspect the Cargo) to the shippers upon reasonable inspection of the cargo before commencement of loading.

As for the Master, the arbitrator held that he would not have been able to observe the discolored soya beans because the loading process generated a lot of dust from the Cargo and this prevented the Master from being able to see the condition of the Cargo. The arbitrator added that if there was a break (the arbitrator found that this did not take place and was not the modus operandi of the shippers) during the loading process and if the dust had settled, then the Master would have had the opportunity to inspect the Cargo and ascertain the condition of the Cargo including the discoloration.

The arbitrator also found that the statements in the bill of lading did not amount to any representation.

The arbitrator held that the statement in the BL as to the apparent condition of the Cargo was inaccurate and accordingly the Disponent Owner was entitled to be indemnified by the Charterer under the implied warranty.

Representation by the Master

As the BL is to include a statement on the apparent order and condition of the goods, there was a representation by the Master in the BL on the same.

The Court of Appeal said that it would not rule out the possibility that there could be implied representations by the shipper on the statements contained in the draft bill of lading. As this was not argued in the arbitration and on appeal, the Court of Appeal chose not to say anything further except that it would not, on the facts in the SK Shipping Case hold that there was such a representation. This is because the arbitrator did not make any finding that the shippers did have actual knowledge of the condition of the Cargo before loading.

The finding by the arbitrator that the Cargo was not in apparent good order and condition was unclear as to whether it was to be apparent to the shipper or the Master.

The Court of Appeal confirmed that the word “apparent” is confined to the Master only and it does not matter what any other party including the shipper has to say. The timing of this confirmation by the Master is at the time when the cargo is loaded on board the Vessel and not earlier.

The Court of Appeal also held that the apparent good order relates to its external condition as would be apparent on a reasonable examination by a Master and that as to what amounts to a reasonable examination, this will depend on the actual circumstances prevailing at the load port. While a Master is to take reasonable steps to inspect the Cargo, he is not required to disrupt the loading process just to inspect the Cargo.

As there were express guarantees and indemnities under Article III Rule 5 of the Hague Rules for certain types of inaccurate information, the High Court and the Court of Appeal were of the view that there was no room for any implied terms of any guarantee or indemnity.

One way of going around this difficulty is to have all contracts provide for disputes to be governed by a particular law or determined by a particular jurisdiction. These may reduce any possibility of any conflicting decisions. There was some speculation by the Court of Appeal that the Receivers’ claim may have applied Chinese law under which inherent vice was not a recognised concept.

In the Tai Prize Case one of the reasons why the Court of Appeal held that there was no implied warranty of indemnity (on the condition of the Cargo) was there were express indemnities under the Hague Rules which were incorporated by the Charterparty and therefore there was no room for implication of terms. The Court of Appeal however did not say whether they would have decided differently if there was no incorporation of the Hague Rules.

One way of going around this is to expressly state in the Charterparty that there is an indemnity on the condition of the Cargo as this will avoid the need to argue that there were implied terms.

As the Court of Appeal has confirmed that the statements in a signed bill of lading are representations of facts, Masters have to be careful when signing them as they can give rise to a claim for misrepresentation if the statements are not correct. In the Tai Prize Case, it was held that the statement in the BL was correct but this, to a certain extent, was because the loading process was continuous and there was dust generated which prevented the Master from noticing any of the discolored soya beans. If on the facts of the Tai Prize Case, there was a disruption in the loading process and if the Master was given an opportunity to inspect the Cargo after the dust had settled and if the Master had still signed the BL stating the Cargo to be in apparent good order and condition, it is possible that the statement in the BL is not correct and the Master could be liable for misrepresentation.

Although the Tai Prize Case is a decision of the English courts, its decision is a persuasive authority under Singapore law.

Therefore, should the same issues as in the Tai Prize Case have to be decided by a Singapore Court, it is likely that the Singapore Court will follow the decision of the English Court by reason of the later being (not binding but) persuasive. 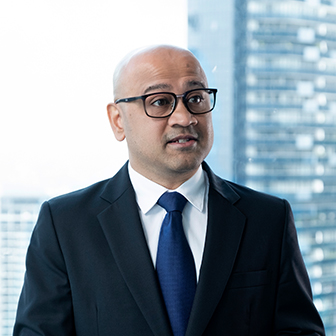