eFootball transfers: Juve and Man U snub FIFA to sign for PES

In the latest development in the battle for eFootball dominance, Juventus and Manchester United have announced tie-ups with Pro Evolution Soccer, with Liverpool FC going the other way and pledging its allegiance to the FIFA franchise.

FIFA 20 will not include the Juventus team name, kits or stadium after the Italian champions signed an exclusive deal granting Konami exclusive use of its naming rights for Pro Evolution Soccer ("PES").

The deal means that the latest edition of the PES series (titled 'eFootball PES 2020') will be the only game to feature a fully licensed version of the Serie A side.

EA Sports confirmed that Juventus will be known as 'Piemonte Calcio' in FIFA 20 and future FIFA Mobile Seasons: 'Piemonte' being an Italian translation of the region where Juventus are based, 'Calcio' meaning 'football' in Italian.

Although the team will have a custom badge, kit and stadium, players will have authentic names, faces and features and will continue to have their live ratings updated based on their real-world performances.

The deal represents a real coup for Konami, which has struggled to keep pace with long-time rivals EA Sports in recent times, particularly in terms of football licences.

Elsewhere in the eFootball transfer market, Manchester United has also teamed up with Konami, in an official (but non-exclusive) partnership.  Waving goodbye to 'Man Red' and 'Trad Brick Stadium' from previous instalments of PES, eFootball PES 2020 will include Manchester United's player likenesses, club badge, club name, club kits, plus a bespoke 'Matchday' mode.  A detailed recreation of Old Trafford will be included in the game, which was only available to play on FIFA last year.

Various Manchester United 'legends' will also be available for use in-game, with David Beckham and Park Ji-Sung already confirmed ahead of eFootball PES 2020's release.  Konami have also announced that up-and-coming United midfielder Scott McTominay will be an official eFootball PES 2020 ambassador (and will appear in the front cover of the game alongside Barcelona star Lionel Messi, Bayern Munich forward Serge Gnabry and Juventus midfielder Miralem Pjanic).

Elsewhere, recent Champions League winners Liverpool ended their 3 year partnership with PES and promptly announced a 'long-term' partnership with EA Sports in relation to the FIFA franchise. As part of the tie-up, Virgil van Dijk will appear as a cover star of a special 'Champions' edition of FIFA 20.

As the eSports market grows, eSports naming rights are clearly becoming big business. According to the Entertainment Retailers Association, the gaming market's value rose to £3.864bn in 2019, more than double what it was worth in 2007.

Expensive deals to gain the rights to team names, kits and even crowd chants (plus an ever-growing inventory of other licensing rights) appear to be here to stay, and now constitute valuable assets in a football club's sponsorship portfolio.

As a result, rights-holders (in particular clubs and players) are well-advised to conduct a full audit of sponsorship opportunities to ensure that they have full visibility over the possible exploitation of their rights (and are not overlooking a lucrative revenue stream). 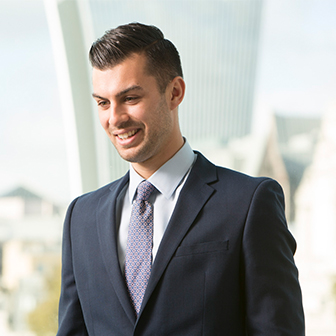