18 May 2022. Published by Keziah Mastin, Associate

In HMRC v NCL Investments Ltd and another [2022] UKSC 9, the Supreme Court dismissed HMRC's appeal and confirmed that the granting of share options through an employee benefit trust (EBT) can be treated as a deduction from trading profits for corporation tax purposes.

NCL Investments Ltd and Smith & Williamson Corporate Services Ltd (the respondent companies) were subsidiaries of Smith & Williamson Holdings Ltd (SWHL). SWHL set up an EBT through which options to acquire shares in SWHL were granted to employees. Pursuant to International Financial Reporting Standard 2, the respondent companies recognised debits (the Debits) on their income statements in respect of the granting of options and treated the corresponding credit as a capital contribution from a parent company. The respondent companies claimed a subsequent deduction from their profits for the purposes of their corporation tax liability. HMRC objected to this and issued closure notices, disallowing the deductions.

The following four main issues fell to be determined by the Court:

1.  Whether disregarding the Debits is an “adjustment required or authorised by law” within the meaning of section 46(1), Corporation Tax Act 2009 (CTA).

The Court held that there is no law requiring an adjustment to disregard the debits.

2.  Whether the deduction is disallowed by section 54(1)(a), CTA, as “expenses not incurred wholly and exclusively for the purposes of the trade”.

The Court concluded that there was no basis to challenge the FTT's finding that the Debits were incurred wholly and exclusively for the purposes of the trade.

3.  Whether the deduction is disallowed by section 53, CTA, which provides that no deduction is allowed for “items of a capital nature”.

The Court decided that the Debits were revenue rather than capital in nature, notwithstanding the fact that the corresponding credit entries were a capital contribution.

The Court held that property was not held under an employee benefit scheme.

Although the decision will be of particular interest to employers who have rewarded their employees with similar benefits in accounting periods ending prior to 20 March 2013, the judgment has a broader relevance as it provides helpful guidance on the interpretation of section 54, CTA  and, in particular, on the meaning of 'incurred'.

The judgment also provides helpful guidance on the correct interpretation of the definition provided in section 1291, CTA, of property held under an employee benefit scheme.

The judgment contains some interesting comments in relation to legislation rewritten as part of the Tax Law Rewrite Project (TLRP). The rule governing deductibility of expenses was amended as part of the TLRP, and the words ‘laid out or expended’ were replaced by ‘incurred’. HMRC argued that the rewrite was not intended to change the law and that decisions of the courts on the original wording were relevant when construing the new wording. The Supreme Court did not agree and suggested that where the interpretation of legislation created under the TLRP is in issue, it may be necessary in future to consider whether, and when, it is appropriate to rely on earlier case law. 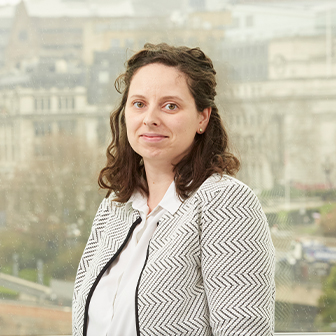