The High Court in HMRC v IGE USA Investments Ltd and Ors [2020] EWHC 1716 (Ch) confirms jurisdiction to order specific disclosure under the Disclosure Pilot Scheme is not confined to issues identifiable from statements of case and where there is no agreed or approved List of Issues for Disclosure.

Briefly, the appellants are a number of companies within the GE Group (GE). The respondents are HM Revenue and Customs (HMRC). In 2005, the parties entered into a series of settlement agreements in relation to GE's tax liability. On 16 October 2018, HMRC sent a letter to GE rescinding the settlement agreements based on misrepresentation and/or material non-disclosure and issued a claim for around £650 million.

Almost a year later, on 22 October 2019, HMRC issued an application to amend their Particulars of Claim (Amendment Application) to, amongst other things, allege fraud. GE denied the allegation of fraud and resisted the application. The court made a direction for extended disclosure under paragraph 6 of the Practice Direction 51U (PD 51U) in the form of Model D.  Following the CMC, the parties liaised with a view to agreeing a draft List of Issues for Disclosure. It is uncontroversial that not all the proposed issues were agreed between the parties.

In its Amendment Application, HMRC filed evidence which referred to the fact that the team dealing with the GE matter had on two occasions referred the case to HMRC's Fraud Investigation Service (FIS), which is the specialist body responsible for investigating taxpayer fraud at HMRC. Following this, GE's solicitors wrote to HMRC asking for copies of the documents relating to the FIS on the basis that the test which would be applied on the Amendment Application was whether the proposed new claim had a real prospect of success. HMRC declined to produce the above documents. As a result, GE issued a disclosure application for:

"An Order pursuant to paragraph 18.1 of Practice Direction 51U requiring [HMRC] within 7 days of the order arising from this application to provide specific disclosure of [the FIS documents]"(1)

The Disclosure Application came before Deputy Master Nurse, who on 2 June 2020 handed down his reserved judgment dismissing the application.(2) In summarising his view he concluded:

On appeal, GE submitted that the Deputy Master:

The Disclosure Pilot Scheme introduced a brand-new disclosure regime. In Section II, it expressly retained certain provisions from CPR 31, but these did not include the rule for specific disclosure contained in CPR 31.12.  However, Paragraph 18.1 of the PD 51U provides:

"The court may at any stage make an order that varies an order for Extended Disclosure. This includes making an additional order for disclosure of specific documents or narrow classes of documents relating to a particular Issue for Disclosure."

Paragraph 18.1 is similar to the power under CPR 31.12; however, an important difference is in the final sentence of paragraph 18.1, that any such additional order for disclosure of specific documents relates "to a particular Issue for Disclosure."

Paragraph 7.3 of the DPS defines "Issues for Disclosure" as (with underlining added) "only those key issues in dispute which the parties consider will need to be determined by the court with some reference to contemporaneous documents in order for there to be a fair resolution of the proceedings. It does not extend to every issue which is disputed in the statements of case by denial or non-admission."

The High Court held that in order to be an Issue for Disclosure for the purposes of paragraph 7.3, it is not necessary for the issue to be identifiable on the face of the statements of case – instead, it is enough for that issue to be something which will need to be determined by the court in order for there to be a fair resolution of the proceedings as a whole.(4)

The High Court held that in the present case, the proposed amendments alleging fraud, while not yet issues identifiable on the face of the statements of case, were clearly issues which would need to be determined by the court in order for there to be fair resolution of the proceedings as a whole.(5)

"Importantly, however, the power is not limited or restricted by reference to the tool of the List of Issues for Disclosure. It does not matter if a List is in place or not. What does matter is that there is an existing order for Extended Disclosure and that the new disclosure relates to an Issue for Disclosure."

c.  Should disclosure be made?

Having held that the Court did have jurisdiction to grant GE's application for disclosure pursuant to paragraph 18.1, Pickering J then considered whether he should exercise his discretion in favour of making an order. He considered it was reasonable and proportionate to make the order as HMRC had already searched for and collated the documents sought. And secondly, the amount of money involved was substantial and therefore the proposed amendment is one which justified a high level of scrutiny.(8)

The Pilot Scheme is still only a pilot, having only commenced on 1 January 2019. Therefore, there is little authority on the relevant provisions. In recognising that this was an important point in the context of a relatively new procedural model, Deputy Master Nurse granted permission to appeal to the High Court and in doing so, noted that the lack of reported authority on the application of paragraph 18 was a compelling reason.(9) The decision provides clarification as to the Court's jurisdiction to vary orders for Extended Disclosure. It also confirms that where parties have yet to agree a List of Issues for Disclosure, it will not prevent the Court making an order to vary a pre-existing order for Extended Disclosure. 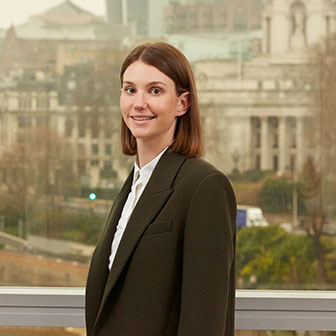