Fitness and a Full Time Job

With sedentary and time-consuming jobs, it can be difficult to find the time to get the recommended level of exercise in each week. Rebecca May considers how to juggle fitness and a full time job.

Government guidelines suggest that adults should complete at least 150 minutes of moderate aerobic activity or 75 minutes of vigorous aerobic activity weekly and strength exercises at least twice a week. The NHS guidelines indicate that some exercises can count as both aerobic and strength exercises, such as running or playing certain sports like netball, football, rugby and hockey. Therefore, in theory we could all meet our weekly exercise requirements in just 75 minutes, so long as this is spread over at least two sessions.

However, despite this, in a recent House of Commons briefing paper published on 20 January 2017, it was revealed that only 35% of adults in the UK in 2015 were considered to be a healthy weight. The measure used in this study was BMI and whilst there are inherent problems with using BMI as a measure by itself, this still gives an indication of the gravity of the weight and lack of exercise problem in the UK. With a whopping 63% of us overweight, obese or morbidly obese, why is more not being done to tackle this problem? This is particularly the case considering that the significant physical and mental health benefits of exercise are now well understood.

What is being done/not done?

Whilst the government has produced guidance on healthy living, the simplicity of the guidelines themselves calls into question the general level of education of the average adult around these issues. For example, the guidelines include the advice that "minimising sedentary behaviour may include: Reducing time spent watching TV, using the computer or playing video games." It might have been hoped that this was obvious. If not, now you know!

There has also been some confusion between different guidance on offer. In 2015 the Telegraph published an article suggesting that we only need to do 20 minutes of exercise a week. According to Professor Philip Sparling at the Georgia Institute of Technology, this lower target was set as "older people in particular [are] daunted by the 150 minute target." Whilst the message that 20 minutes per week is better than nothing shouldn't be lost, telling us that this is sufficient when the NHS maintains that it is not does not help us. In fact it only contributes to public confusion around how much exercise is really required to support a healthy lifestyle. If 150 minutes of moderate aerobic exercise is needed to maintain health then it would be more beneficial to be clearly told this and for support to be given to help those who find this daunting.

Why don't we do more?

Why don't we do more? The classic excuses to avoid exercise tend to be that we're “too busy”, “too tired” or “don't enjoy it”. In reality, most of the time the majority of us are probably choosing to do other things that we think we will enjoy more than exercising. There are probably very few of us out there who couldn't build in 75 minutes a week of exercise without hugely impacting on the rest of our week. For example, running is considered a "vigorous aerobic exercise" and also a "strength exercise"; the upshot is that two 37.5 minute runs a week would get you over the guideline hurdle. This doesn't sound like a lot, but when it comes to putting on our trainers many of us will still find this unappealing.

What can we do? We need to try to motivate each other and remind ourselves of the importance of maintaining our health now. Many of us have sedentary jobs which often have hours exceeding the advertised 9-5. At the end of a hard day we feel like flopping in front of the telly, or going for a drink with friends, not donning the Lycra and hitting the gym. So why not exercise with your friends and make it a social event? There are plenty of recreational sports leagues in London where you can enjoy spending time with your friends while also working up a sweat. Or swap your northern line nightmare commute to work for an above ground cycle, brisk walk or run into the office. Whilst it might seem like a low priority now, your future self will thank you for looking after your health now! 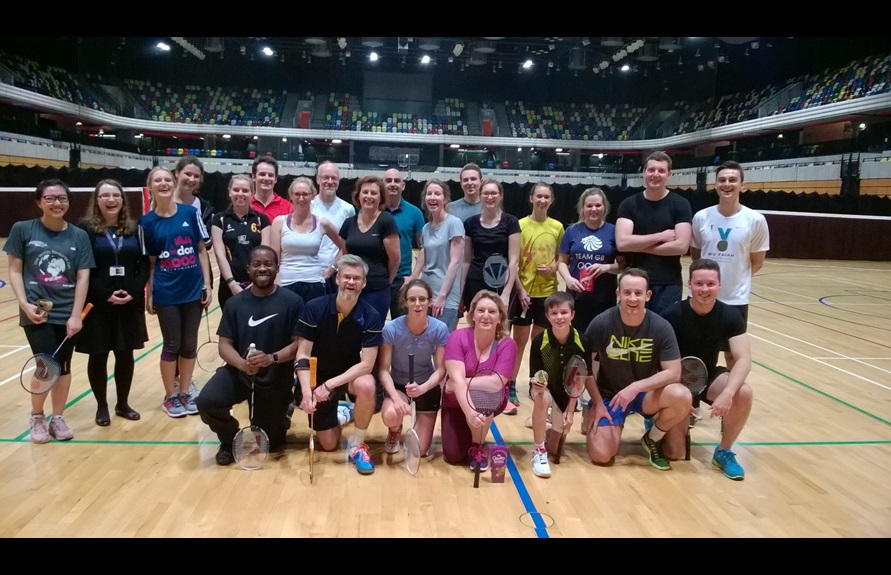