Cutting down on sugar is likely to be a popular New Year's resolution for 2017. The government is also trying to curb the nation's sweet tooth, with plans to introduce a new levy on sugary drinks.

The Soft Drinks Industry Levy, or so-called "sugar tax", will force companies to pay up to 24 pence for every litre of sugary drink they produce or import. It is hoped that the tax will promote a healthier drinks culture, tackle childhood obesity and provide a long term boost to the healthcare economy.

For some, taxes on unhealthy products are proof of the "nanny state" intruding on people's right to choose. For others, they fairly reallocate some of the enormous healthcare costs borne by the community. Whether the sugar tax will improve our health and benefit the economy is up for debate.

Bad for the bottom line?

The sugar tax has received a hostile response from the soft drinks industry. A coalition of UK businesses recently launched a "Face the Facts, Can the Tax" campaign, claiming that the proposed levy threatens 4,000 jobs and would corrode the already fragile consumer goods market. The producer of Irn-Bru has blamed the campaign against sugar for falling revenues, calling the tax a "punitive and unnecessary distortion to competition".

The potential benefits for the wider economy are huge. The sugar tax is expected to raise £520m in its first year, much of which will fund health-related initiatives in schools. On a broader scale, it is hoped that the levy will combat obesity, which is estimated to cost the UK economy a whopping £46bn per year.

Good for the waistline?

Although sugar taxes have been introduced in a handful of countries, their effect on overall consumption is unclear. A consumer levy in Mexico reduced sales of soft drinks by 12% within 12 months; however they have begun to climb after this initial drop, suggesting any long term effects may be minimal.

According to research from the Institute for Economic Affairs (IEA), the demand for sugary products is inelastic, meaning that increases in price do not lead to a proportionate decrease in consumption. The IEA claims that consumers simply get their sugar fix from cheaper products, so there is no overall impact on their health.

Supporters are more optimistic, arguing that the tax will change behaviour and could provide a template for other food and drink sectors. The UK tax is unique in that it targets producers rather than consumers, providing a direct incentive for companies to reformulate their products. Tesco has already redeveloped its entire range of own-label soft drinks to avoid the levy, while leading brands such as Lucozade and Sprite are slashing sugar content and releasing new zero and low-calorie alternatives.

It appears that industry practice is beginning to change, although any economic and health benefits may only be seen in years to come. With the idea of sugar taxes gaining traction around the world, all eyes will be on the UK scheme and whether it has the desired effect. 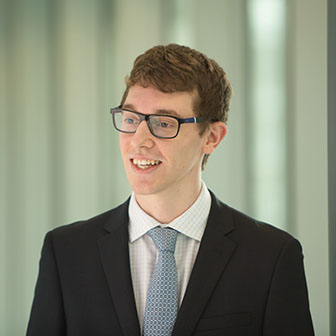