Unlocking blockchain in the insurance industry

03 May 2018. Published by Harry Collins, Associate

While many tout blockchain networks as being the biggest technological breakthrough of a generation, we take a look at whether the technology is ready to take the insurance industry by storm.

Put (somewhat) simply, a blockchain network is a decentralised digital 'ledger' of transactions that everyone on the network can see. For a more detailed explanation of InsurTech jargon, check out Dil-veer Kang's 'Trainees take on business' article. Here, we go the next step and consider whether blockchain is fit to be the next 'big thing' for the insurance industry...

The massive potential benefits of blockchain for the insurance industry include:

With numerous data breaches hitting the news in recent months, customers have begun to fear that they are losing control of their data. Blockchain helps to alleviate these fears as the data remains on a user's device and is registered and verified on the blockchain network without being shared outside it.

This is of particular relevance to insurers which tend to hold a large amount of personal data in order to write business and detect fraud. By removing the need for an insurer to hold a policyholder's sensitive data, blockchain can increase a customer's confidence that their data is not being mishandled, whilst simultaneously alleviating the administrative burden on insurers. The latter benefit is particularly relevant in light of the impending implementation of the GDPR, and its raft of new obligations.

This high level of automation and integration can slash the overall time involved in the verification processes, reduce the involvement of claims handlers, and thereby accelerate potential cost savings.

Reduced handling expenses can also allow insurers to expand into emerging markets without prohibitive setup costs. For example, a farmer in an emerging market could qualify for a policy under pre-defined parameters and receive an automatic pay-out under a smart contract without an underwriter or claims handler becoming involved.

So what's the issue?

Should an insurer decide that the potential benefits of blockchain are worth embracing, they should also bear in mind some issues which will likely delay the implementation of blockchain.

As the authentication within blockchain is based upon a series of parties validating a transaction, scaling the system upwards to an effective size presents an immediate challenge. High-speed and high-volume transactions are not the intended domains for blockchain, therefore insurers will need to work out how to fit blockchain into their business.

Because blockchain's breakthrough and development have been so rapid, the potential security risks of storing and validating data on the network may not be fully understood, and it may be harder to mitigate the risks of a cyber-attack compared to conventional databases.

For blockchain to achieve results beyond those possible with traditional databases, a high level of collaboration is needed between various parties. For example, cooperation between insurers, customers and various other parties is necessary for blockchain technology to facilitate the effective use of smart contracts.

In a world where people are increasingly concerned about sharing data, this level of cooperation seems like a long way off. Insurers will need to identify the necessary parties early on and push strongly for the integration of their information and data without comprising existing relationships. This may be achieved by requiring permission to share data from the inception of policies and contracts, or negotiating suitable addendums to existing agreements.

To ensure sustainable benefits from an open and shared blockchain system, industry-wide standardisation will be critical. A lack of defined standards is an indication that the technology is still in its infancy and, until these standards are agreed, productivity may be limited and investment may be unattractive.

Next steps for the insurance industry

Blockchain can greatly simplify transactions, particularly those which involve several parties or where there is a risk of retroactive manipulation of data. However, where there is a well-established intermediary or a transaction which only involves a limited number of participants, blockchain may not be appropriate. In a longstanding industry such as insurance, the technology needs careful consideration as existing, proven models may be preferable to switching to a blockchain-based solution, especially considering the range of issues that may delay the implementation of the technology.

However, the widespread optimism surrounding blockchain and its clear potential benefits to the insurance industry mean that insurers may well fall behind if they do not explore how blockchain could be used, and those who first successfully integrate the technology will be in prime position to reap the rewards. 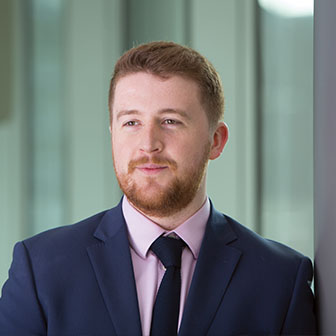